EditorialpeopleKeeping up with the Bartons 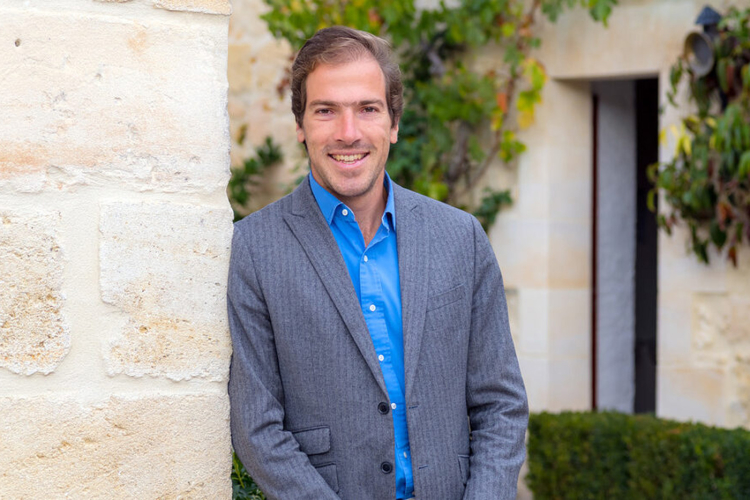 As Château Langoa Barton marks its 200th anniversary, Sophie Thorpe caught up with Damien Barton-Sartorius – the 10th generation of the Barton family to run the estate – about tradition, terroir and why Bordeaux remains the most exciting wine region in the world

Think of Bordeaux, and you probably don’t think of skateboarding and denim shirts. Damien Barton-Sartorius, however – Director of Château Langoa and Léoville Barton – manages somehow to combine millennial cool with an effortless suaveness that feels distinctly Bordelais.

“When you’re one of these old families, the rest of Bordeaux looks at you in a different way,” he tells me. There have been Bartons in Bordeaux since the 18th century. One of the region’s “wine geese”, Irishman Thomas Barton arrived in 1722, and Hugh Barton bought Château Langoa in 1821, acquiring part o the Léoville estate in 1826. Since then, the empire has grown: alongside their Saint-Julien Classed Growth properties, there’s a Moulis estate (Mauvesin Barton) and a négoce operation. As if that wasn’t enough, Barton-Sartorius has two personal side-projects too: Initio and 225, the latter of which is his latest venture – a sustainability-led project, shipping wine in bulk and bottling in the destination market.

He’s restless and enthusiastic, having taken over directing the Classed Growth estates (while his sister, Mélanie is in charge of Mauvesin) from his mother and Saint-Julien matriarch, Lillian Barton, in the last couple of years. This year sees the 200th anniversary of Langoa’s purchase – and when I ask him what has changed in that time, the answer is easy: “Not so much,” he shrugs. It’s the mark of a business like this, handed from generation to generation, that shifts are seamless and gradual, no one looking to make a mark – but preserve a unique heritage.

Both Langoa and Léoville are classical Saint-Julien – a style often described as sitting between pinpoint Pauillac and sensual Margaux. For Barton-Sartorius, it’s “a bit like Vosne-Romanée in Burgundy, we have everything”. 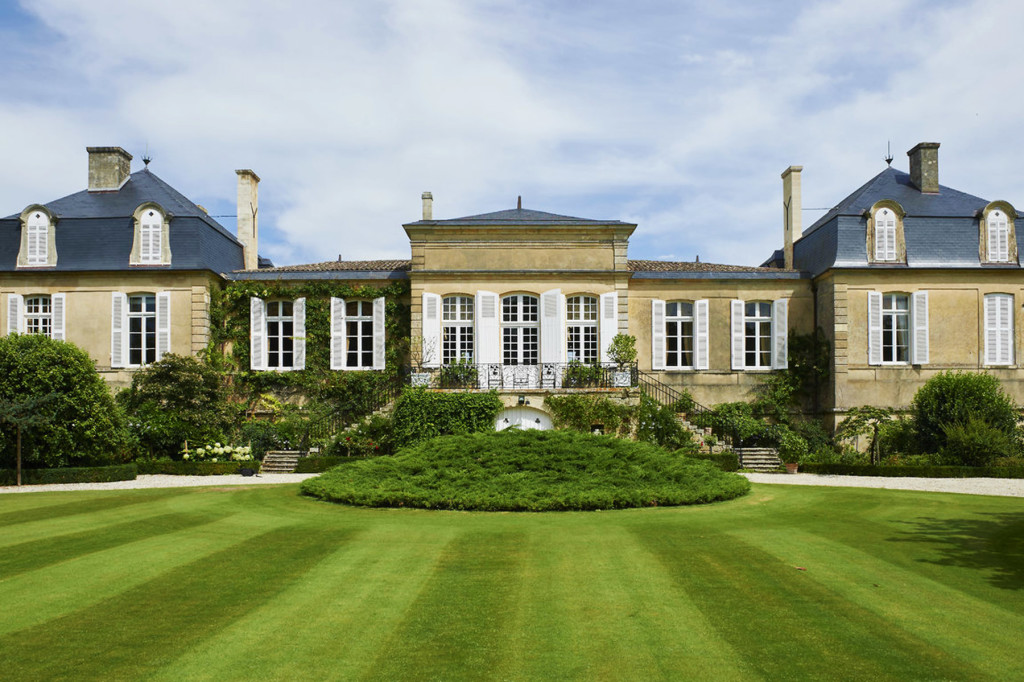 The Langoa estate is defined by its proximity to the river, the estuary’s constant movement helping to rid the vineyards of humidity and moderating the temperature – shielding it from extreme weather, rarely suffering from frosts (even in vintages like 2017) and allowing them to produce balanced wines in otherwise very warm vintages such as 2003, 2009 and 2018.

It is, however, the soils that make Barton-Sartorius swoon. “The gravels are quite extraordinary,” he says, animated in his excitement. The gravels reach between three and six metres below the surface, giving the perfect level of drainage – but not too much, with a layer of clay beneath to hold essential water reserves. “The perfect balance,” Barton-Sartorius sighs.

While it was once rare to hear the Bordelais talking about their terroir, there’s a definite shift underway. “For a long time Bordeaux was all about the brand – now they want to know what is behind the bottle,” he says. The shift, he feels, however, is not that the Bordelais are suddenly discovering their soils – but they’re talking about it. The region’s more monied estates have, however, been artful, managing to guarantee their place at the head of the fine wine table for over 150 years – and to do so, they’ve had to create stories. “There’s too much show – look at our new winery, our limited bottle....” Barton-Sartorius explains.

Admittedly, he’s busily building a new cellar himself – although it is unlikely to be unveiled grandly with a row of new gleaming stainless steel tanks and the latest contraptions. Construction of the winery is already underway at Langoa (where both the Léoville and Langoa wines are made), set to be completed in 2022, the most recent update since his grandfather built it. Because of the sheer expense involved, they’ve only made tweaks over the years, but are now in a position to have been able to properly rethink it. The aim is for it to be more sustainable and functional, simplifying the process. Everything will be gravity operated, and the barrels will be stored two floors below ground so that less energy is required to keep them cool. Such concepts might seem standard elsewhere, however with Bordeaux’s high water table (remember that the Médoc was a swamp until the Dutch drained it in the 17th century), it’s difficult to build down rather than up. 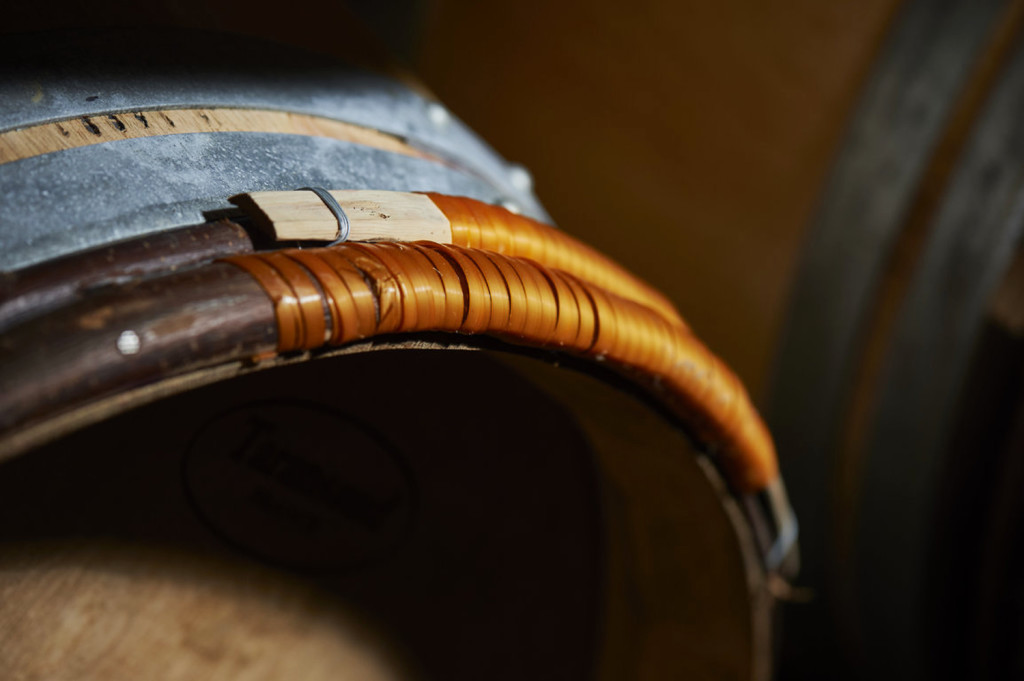 Winemaking at both Langoa and Léoville remains reassuringly traditional – “not by choice, but because it’s still the best”. There are exceptions, though, and where something is better done by machine, or it avoids a potential risk to workers’ health, they’ll do it – but there’s no compromising on quality to save a few cents. As just one example, they still rack everything by hand using a candle, because they feel it is a softer way to separate the wine from the lees, without exposing the wine to too much oxygen. “Details like this are very important,” Barton-Sartorius says. “But the wine is made in the vineyard.”

He, like most vignerons, knows that it’s the quality of the fruit that matters most. “I like to think we’re good – but terroir is making 90% of the job,” he quips. The winery is, in his view, “more about a religion. You have to trust in something. You believe it or not.”

It might be easy to be lulled into the sense that everything here is done by rote – simply following the recipe of their forebears, but that’s far from the case. “There’s a reason we do things the way we do – but we still like to challenge what we do,” Barton-Sartorius tells me, taking me through a ream of current and recent experiments, from pumps versus gravity (gravity won) to their decades’ worth of tests with organic vineyard sprays – looking not just at how they impact the cleanliness of fruit at harvest, but the wine’s final flavour.

I ask him how he feels about Bordeaux’s status and relevancy today. “It feels like nobody knows it or people forgot about it,” he says. The region – in his view – remains one of the most exciting. He describes how the generation above are tired of people comparing the wines to how cheap they used to be – however is determined that they still offer great value. You can’t buy “Château Margaux as a lunch wine”, but Langoa Barton costs £30 – and “Napa is double, triple the price for the same quality”. And no one is able to hide their excitement when he gets an old bottle of Léoville Barton out the cellar. 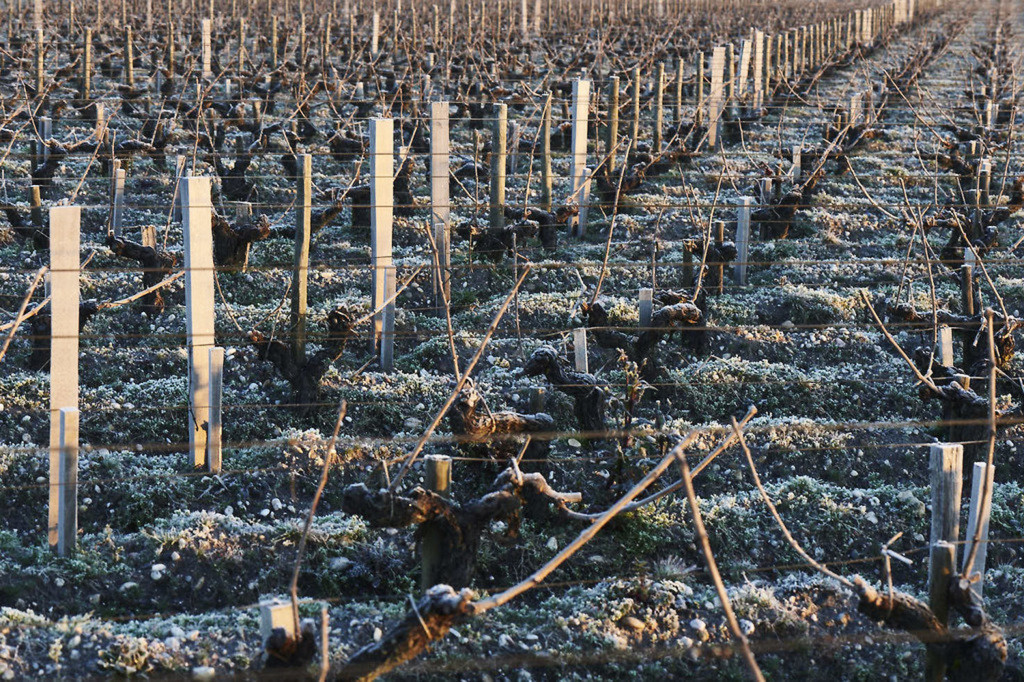 “We are lucky to have some of the best soils in the world – like Chambertin Grand Cru, the quality is the same – except instead of having two hectares, we have 80 hectares. We are lucky to produce 100,000 bottles of it.” That might make the wines, as he says, “a little less posh and fancy” – but it also means there’s more to go around.

Is it a burden – a 200-year history and everything that comes with it? He instantly shakes his head, “It’s an honour – but a big pressure at the same time. I don’t want to be the generation that f***s up everything.” As Barton-Sartorius rushes off to meet the curfew in place under current Covid restrictions, it’s hard to reconcile his undeniable stature in Bordelais society with the down-to-earth character filling my screen. It’s that very lack of pomp and circumstance, an understated modesty, that will likely guarantee that Langoa Barton survives another 200 years. 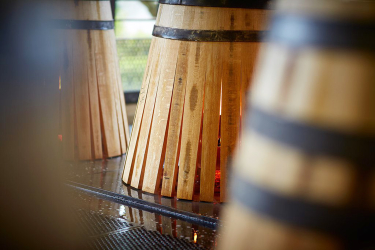 Finding the balance: the art of the cooper