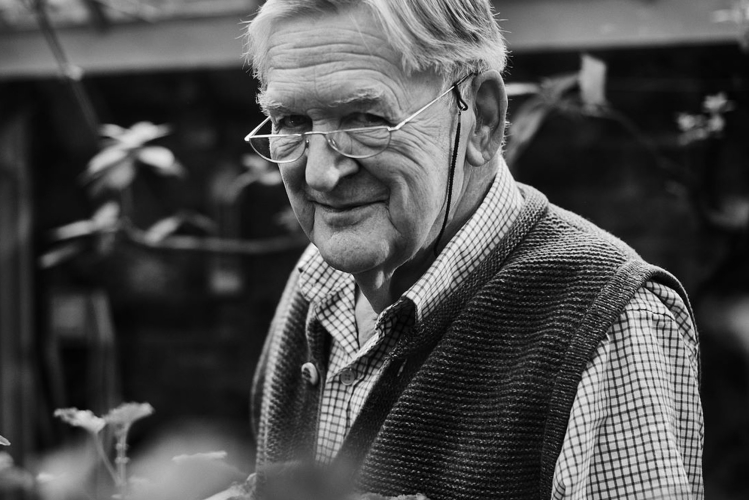 Since he started writing about wine in the 1960s, Hugh Johnson has sold 20 million books. As a new edition of The Story of Wine is published by Académie du Vin Library, Sophie Thorpe talks to the best-selling author about a lifetime spent telling – and selling – the stories behind every bottle

“Turbot,” Hugh Johnson says, the sense of satisfaction-to-come oozing down the phoneline. It’s a Friday morning and like any dedicated oenophile he’s already planned dinner, and – most importantly – what he’ll be drinking. I expected white Burgundy, something majestic drawn from a cavernous cellar, but Johnson – arguably the world’s most famous wine writer – is not nearly that traditional, or predictable.

A Cambridge degree, a flawless RP accent, an air of good tailoring and tweed, and 60 years in the wine trade might lead you to think otherwise. But, throughout our conversation – even with a Covid-safe telephone call in lieu of a face-to-face – there’s an undeniable sense that there is forever a twinkle of mischief in his eye, and that Johnson is a man who enjoys being ever so slightly provocative.

On the aforementioned Friday night, he was planning to uncork a bottle of Kit’s Coty Bacchus – “Giving it a good chance to show,” he says. Chapel Down’s single-vineyard bottling of England’s trademark grape comes from a chalky site on the North Downs, a spot that Hugh thinks is “a Grand Cru of the future”. He’s currently particularly excited about the prospects for England’s wine production – “Not just because I’m a patriotic citizen,” he reassures me. “I’m passionate about the new school of English winemaking… wonderful characters and flavours are emerging from the south of England.” Gusbourne’s 2018 Pinot Noir “blew [his] socks off” and he’s keenly following low-dosage experiments such as Dermot Sugrue’s #ZODO. He wonders if perhaps the line of chalk between the North and South Downs could in fact be the Côte d’Or or Champagne of the future.

It was an oft-quoted encounter with two Burgundies at university that set a young Johnson on the path to wine writing. I love the image of his university room-mate stumbling in a little too merrily, sloshing fine wine over the floor and Hugh’s undoubtedly immaculate notes, insisting that the serious and studious character sampled the two glasses in his unsteady hands. “One was magic and one was ordinary,” Hugh has said of the incident: he was instantly hooked.

Cambridge’s Wine and Food Society laid the groundwork for his education, and he penned his first wine column for Vogue in 1960 – recommending a rather ambitious line-up that included 1955 Cheval Blanc and 1960 Château Margaux. There was a stint at House & Garden, then he took over from André Simon as editor of Wine & Food, joined The Sunday Times and started turning out a series of smash-hit books, starting with The World Atlas of Wine in 1971. His annual Pocket Wine Book – the world’s best-selling wine guide – has been solid stocking fodder for 44 years. 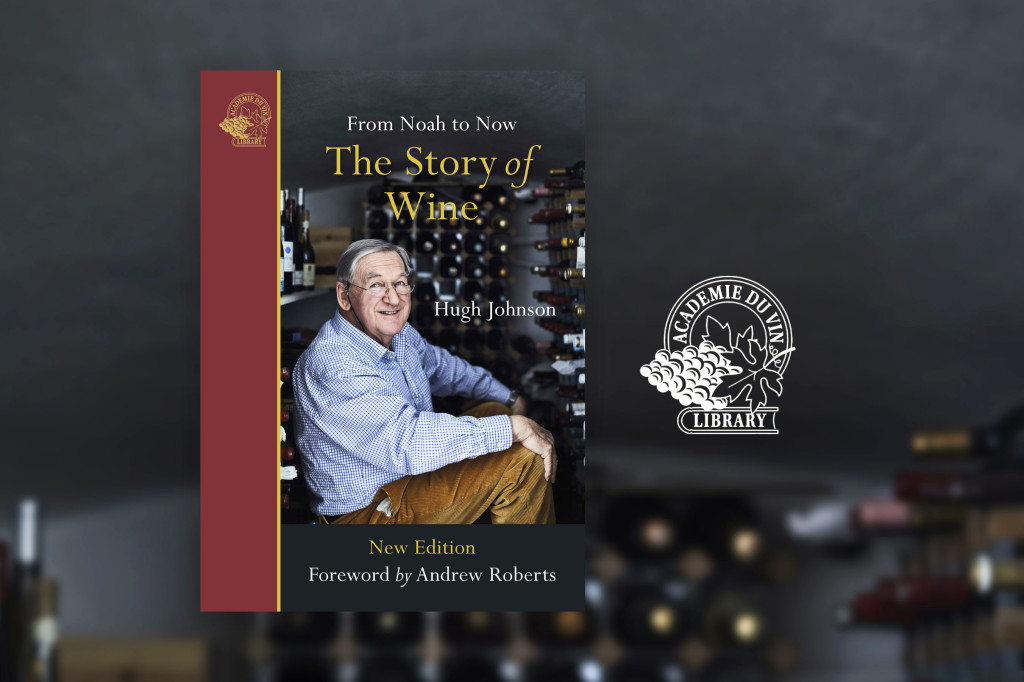 The Story of Wine – first published in 1989, and a reprint of which is the cause for our conversation – is my personal favourite. It’s a book that captures exactly why I love wine: it literally seeps through our history, a liquid that links nations, cultures and generations. And Johnson’s passion for the topic drips off the page; writing that’s as intoxicating as the substance it describes. The oeuvre feels like it hasn’t aged a day since its initial publication, expertly tracing our ties to the vine and its fruit “from Noah to now”.

The copy I was gifted aged 21 is a hefty thing – an impractical hardback of coffee-table only proportions that precludes it being devoured the way it should be. I was delighted, therefore, to discover the latest edition is much more comfortably lap-sized – as Hugh describes it, “friendlier”. It’s a book that begs for an afternoon in the armchair.

But it’s a book he never set out to write, and one that fell out of a foray onto the small screen. Much of the research was undertaken by a young history graduate Helen Bettinson, for a series aired the same year on Channel 4. “I learnt so much about history generally, never mind the wine part,” Hugh says. And that’s part of the joy of The Story of Wine – it’s not really a wine book; it’s just a great book, that happens to be about wine.

“When I started, there was very little knowledge around,” Hugh explains. “I saw my job as stirring up interest, encouraging people to enjoy wine in a very general kind of way.” The tricky thing, over the years, he says – has been avoiding the tendency to get closer to the subject, to focus on ever more detail – “sometimes a really boring amount of detail,” he chuckles. His heart sinks, he tells me, when someone asks him what the percentage of X grape is in a wine – “I’m not interested in percentages, yet the world is,” he laments. “To be frank, I sometimes think that journalists get into the nitty gritty because they have nothing better to say.”

He’s a man tired of the state of wine writing (“glossy magazines full of incredibly boring photographs of vineyards”), and especially with winemaker profiles (“It’s pretty hard to engage the average consumer in the story of an Italian farmer: there are millions of them”). We should be, he feels, “getting the point of a wine” – but, most importantly, not the points.

Johnson has long riled against scores. “My real beef against it is that it gives the impression that there’s something absolute going on,” Johnson says. He understands that for consumers it’s a short-cut (“you don’t have to read all the blurb”), but he’s fought long and hard to try and wean them off their numbers dependency. How something as varied and glorious as wine, something so dependent on “mood and moment” could be captured by mathematics – for Johnson – beggars belief. “The whole notion of a 100-point wine is unimaginable to me – how could it not be better?”

For Johnson, a fine wine is a wine worth talking about – and that sums up rather neatly why scores are, for him, so offensive. As he says in the preface to the new edition of The Story of Wine, “If [wines] lack the power of speech they can still tell stories.” He’s sold 20 million books (and counting) filled with their stories, and his. But what’s next for the veteran wine writer? Well, proofs for his next gardening tome – the latest anthology of Trad’s Diary – are sitting on his desk awaiting attention. Then, of course, there’s that turbot – and a bottle of Bacchus hoping to tell its tale.

The new edition of The Story of Wine – with a forward by historian Andrew Roberts – is now available to purchase from Académie du Vin Library. Enter code FINE5 at checkout to save £5 on the normal price. 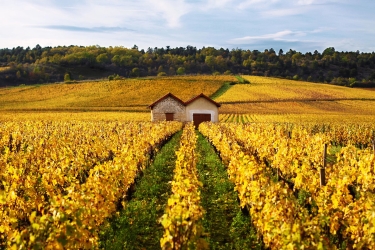