It has taken FINE+RARE many years to build a relationship with Domaine Michel Gaunoux but it has been well worth the effort, as the wines are spectacular. Deep and rich in style, they are textbook examples of red Burgundy – in terms of balance, concentration and finesse they are rivalled by very few in the Côte. They capture the seductive, ethereal quality of Burgundian Pinot Noir in a manner seen only in the very best.

Gaunoux remains somewhat of an enigma in Burgundy. A winery that does not shout about its success, this domaine has retained a "diamond in the rough" reputation rarely found these days in Burgundy. It doesn't release En Primeur, only when the wine is finished, bottled and settled. Even then, the property releases only small amounts of its young wines, preferring to hold on to their stocks to age gracefully under their own control and release mature stocks in top condition. This traditional approach has won the domaine some important fans despite being relatively under-the-radar in Burgundy itself. Allen Meadows (Burghound) has been waxing lyrical about these wines for many years, describing Domaine Michel Gaunoux as “one of the finest domaines in all of Burgundy”. William Kelley, the new Burgundy writer for Robert Parker’s Wine Advocate, has also recently discovered the prowess of the domaine after initially tasting some of Gaunoux’s wines dating back to the 1960s.

F+R has been importing Domaine Michel Gaunoux wines for the last five years. On a recent visit to Burgundy this summer, the F+R team caught up with the family to find out how they manage to retain these traditional Burgundian values in a region where demand is outstripping supply and with an ever-growing pressure to release wines early as a necessity to make ends meet.

It is difficult to avoid talking about the weather or climate change when discussing wine these days, and nowhere is this truer than in the village of Pommard where Domaine Gaunoux is based. Pommard seems to have been cursed by the gods in the last five vintages, with biblical hail storms falling on this appellation more than anywhere else in Burgundy, decimating production levels every year. While not all their sites are situated in Pommard, most of their production and arguably their top sites are. In total the domaine produces just six individual cuvées, of which three are from Pommard – the Premiers Crus of Les Rugiens Bas and Les Grands Epenots and a Premier Cru blend which is not released every year. Their other sites are in Corton – Renardes Grand Cru, a village Beaune (made up of four sites, of which two are in fact Premier Cru) and a Bourgogne Rouge.

Their traditional approach to selling wine, holding back most of their stock, has meant they have been less impacted in the immediate sense by the low-volume vintages of late. Their staggered release approach means that, while producing little in these vintages, they are able to off-set this with the larger releases of older vintages that were more favourable in terms of volume. That is not to say they haven’t been affected by the recent issues and there is growing concern for the future.

Gaunoux is traditional not just in how it releases its wines onto the market; it remains super traditional in its viticulture and winemaking process. Winemaker Alexandre Gaunoux, the son of the late Michel, has not changed the winemaking, which is exactly the same as when the wines were made by his father and grandfather – respecting their combined 143 years of expertise and knowledge, honouring the traditions that were passed down to him. He explains that, “The winemaker needs to submit to the terroir. The more prestigious the terroir, the longer the wine should be able to age and the more strongly the characteristics of that site will shine through. This is a living product that is the result of both terroir and the care implemented in the vineyard. The vinification is merely part of the same process, retaining the inherent characteristics throughout – from the vineyard, to the wine, to its maturation – it’s all part of a whole.”

This modesty in his role as winemaker perhaps goes some way to explain the largely discreet approach from Domaine Michel Gaunoux in the market. Unlike most other highly rated Burgundy producers, Michel Gaunoux wines are not often seen at public and trade tastings, preferring enthusiasts to seek them out. For Alexandre, there is something important about the modesty with which you talk about your product; the way you produce it and sell it. Once again, the terroir should remain more prominent than the winemaker.

Despite this domaine being firmly traditional, one thing they can’t control is the weather. The speed of change happening in the region is one instance in which readings and measurements set by his father and grandfather can no longer be relied upon. Increases in drought levels, hail and the sun's intensity has meant limits set by his forefathers have had to be rewritten. The climate is a constant challenge to the Gaunoux family and has meant the monitoring of vines has had to be stepped up to get the best out of them, as well as protecting them for the future. Technology has come to the slopes of Pommard, measuring all elements affecting the region – with weather stations now dotted around the vineyards. This new era of data monitoring adds another level of insight which, despite their traditional stance, they have welcomed openly, adding modern data to the historic library passed down through the generations.

On previous visits to Pommard, the F+R team discussed the potential effect of  the felling of a forest above the village with locals. The forest was acting as a protective barrier against local weather episodes; now it supposedly channels storms through the village instead. More generally, Alexandre states that all microclimates are affected by any slight changes in the surroundings. For example, it is not just the wind but even the light intensity that has changed with these kinds of landscape developments. A recent concern lies in the rumour that the forest that sits atop the Hill of Corton could be up for sale. If this forest was to be partially removed, it could have a disastrous effect on the climate of the Hill, the only Grand Cru site Michel Gaunoux has vines on.

The popularity of Burgundy has brought new pressures to the region in regards to preservation and this is a real concern to Alexandre. For him, the success of Burgundy lies in the fact that it is a region that has remained human sized. The region is made up of thousands of individual growers in realistic plot sizes so that they can be better managed. Predominantly family-owned, there is real passion in the vineyard: “The owners interact with the wine. The wine is a product of pleasure rather than investment.”

This leads to Gaunoux’s philosophy of protectionism for the region, understandable in fast-changing times for fine wine, and with growing global interest in Burgundy in particular. Alexandre wants his wines to be drunk in homes all round the world, rather than having them sitting in warehouses as part of an investment scheme. While he accepts that pricing needs to have a stable evolution – and prices have risen from the domaine – he firmly believes this should be gradual and insists that his distributors retail his wines at a fair price. For Alexandre, wine is to be drunk and enjoyed.

Browse all the wines from Domaine Michel Gaunoux 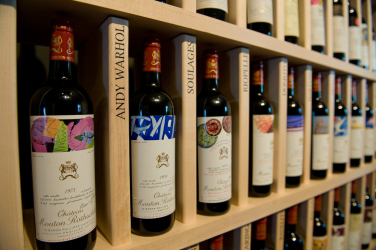