EditorialpeopleBordeaux Revival: A Reinvention of the City

Bordeaux Revival: A Reinvention of the City 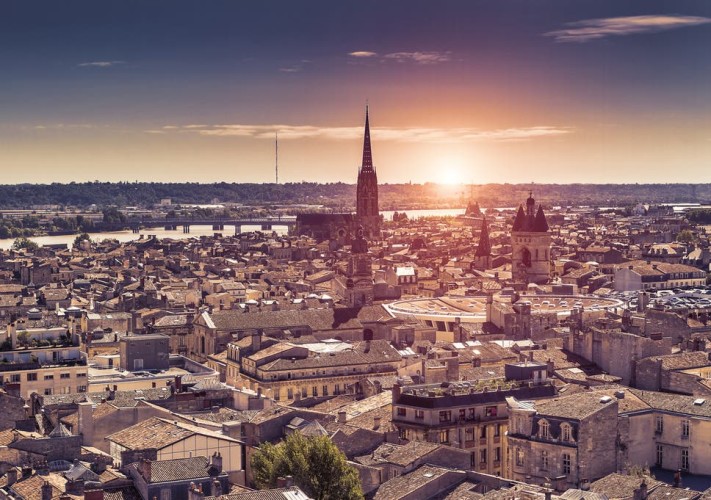 A prince’s kiss rouses the cursed princess from a century-long slumber in Sleeping Beauty but the man responsible for Bordeaux’s long-overdue reawakening was not a prince (this being the French Republic after all) but Alain Juppé, France’s former Prime Minister. Bordeaux had been comatosed earning it the nickname la belle endormie but the indefatigable politician has given the city the kiss of life. Listed as a UNESCO World Heritage site in 2007, it is now the most desirable place to live in France and was voted “European Best Destination 2015’. The renaissance of Bordeaux is a real-life fairytale.

Bordeaux was a “melancholy, unwelcoming place” just 20 years ago but the arrival of Alan Juppé as mayor in 1995 has transformed the city’s fortunes, making its centre as elegant as its wines. Blackened buildings and abandoned warehouses are now a thing of the past and, with the arrival of the high-speed rail link, connecting the city to Paris in just two hours, living in Bordeaux is as aspirational as drinking its first growths.”

When Juppé was elected as mayor in 1995, Bordeaux was not the modern and vibrant place it is today. Deputy mayor Stephan Delaux, who worked alongside Juppé for more than two decades, admits: “Bordeaux had a reputation as a melancholy, unwelcoming town. The town wasn’t modern – that is to say that in the town centre, cars, trucks, buses, car parks dominated. The building fronts were black, the waterfront was a relic of a once-busy port; the warehouses [on the waterfront] were empty. The people of the city no longer knew they lived by a river – there was no life there.”

He paints a rather depressing picture but throughout its history, Bordeaux’s sons have portrayed the city in a none-too flattering light: the novels of Nobel-prize winning writer François Mauriac (1885-1970) whose bust now stands in the leafy public gardens, depicted Bordeaux and the surrounding areas as a bleak and uptight place to live in the early 20th century. Similarly, one of Alfred Smith’s (1854-1932) best known works ‘Le Tramway devant les Quinconces par temps de pluie’ depicts a grey, wet day on the banks of the Garonne, umbrellas up and those without hurrying, heads bowed. It’s not a place you would have aspired to live.

Things didn’t get much better during the 20th century: local tour guide Veronique Baggio recalls a ramshackle apartment she lived in in the 1980s. “The building’s bathroom was in the attic so I had to leave my apartment to use it.  At that time the city was trying to push locals to improve the inside of buildings [to improve living conditions]. It wasn’t until the late 1990s that they started to focus on cleaning up the outside of the buildings and the public places.” Today, the buildings are impeccable – a mass sandblasting effort has unveiled the natural caramel and blonde tones of the local limestone, which were long hidden. Here and there, a few reminders of the past can be seen along its narrow streets: a blackened façade, as if smeared with charcoal.

Yet the renaissance of Bordeaux required more than a spit and polish. The length of the city’s riverbank had long been hidden by a line of ugly warehouses designed to cater to the needs of a port city. Since the 19th century, sugar and spices from far-flung places were unloaded to be reloaded by local timber and wine. The commercial port moved away in the 1970s from the city centre but the warehouses remained, as did the businesses that catered for the all-male docking crews. Charles Sichel, export director of Maison Sichel, a wine merchant in the Chartrons district since 1883, explains:  “20 years ago there were a few seedy bars [on the quais] and where the new bridge is [Pont Chaban-Delmas] there were working girls. It was interesting taking customers out to lunch when there were girls standing in the doorways waiting for business – it was quite something – but I can’t remember them ever saying anything!” 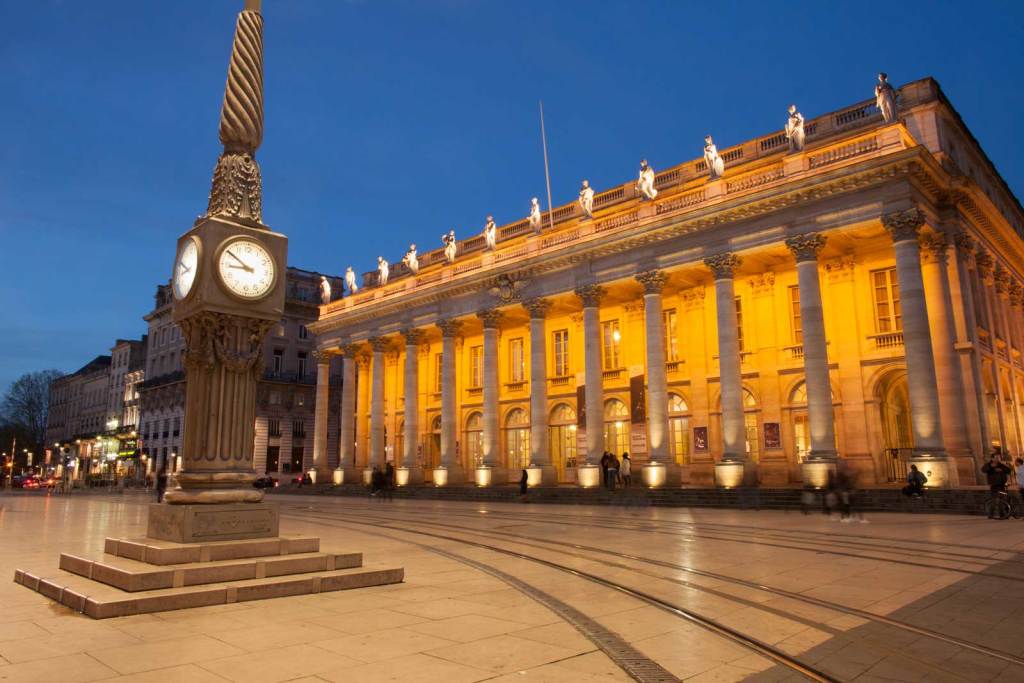 How times change. The waterfront is now the playground of the Bordelais, filled with joggers, cyclists and prams promenading along its length; a place for concerts, festivals and open-air markets.  It is a sunny day and a Viking cruise liner lounges at the edge of the city centre overlooking children skipping in the water mirror, a slick of water that, as its name implies, reflects the classical architecture of the Place de la Bourse (Stock Exchange Square). It has become Bordeaux’s iconic postcard picture (and an unwitting urban water park) and represents the new face of the city – clean, bright and, dare I say it, fun.

The reawakening of the city has been noticed far beyond the city’s ring road; it has become the most desirable place to live in France, according to a survey commissioned by the Observatoire du Bonheur in 2015. Asked in which French city they would most like to live, nearly one in five respondents answered Bordeaux – ahead of Montpellier, Toulouse and streets ahead of Paris. Just an hour’s drive from the beaches of the Atlantic and three hours to the ski slopes of the Pyrenees, Bordeaux is now within commuting distance of Paris. A high speed rail link (TGV) cuts the travel time between the two cities from more than three hours to two hours and five minutes in July 2017. 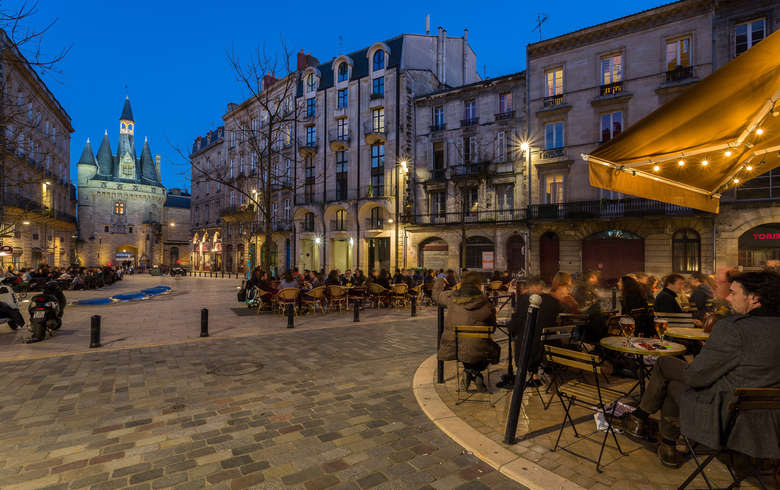 The spruce up now continues beyond the city centre. Gliding north along the quai past Sichel’s office in the Chartrons district, the tram has started to deposit an unprecedented number of tourists in the Bacalan district. It’s certainly not the prettiest of suburbs, home to run-down docks, abandoned factories and a huge concrete mass that was once a submarine base, but the Juppé magic dust is now being sprinkled here and the opening of the Cité du Vin in June 2016, a towering sphere of gold and silver in a Frank Gehry meets Zaha Hadid-construction, is a pivotal part of its future.  Tourists  - and most locals -  have had no reason to come here but that’s changing with 421,000 visitors walking through its doors in 2018.

La belle endormie has woken up but the city continues to dream big. Sichel is rightly proud of his hometown. “Now, every time my customers come here they all comment on how beautiful the area has become. Juppé has turned this city around.” 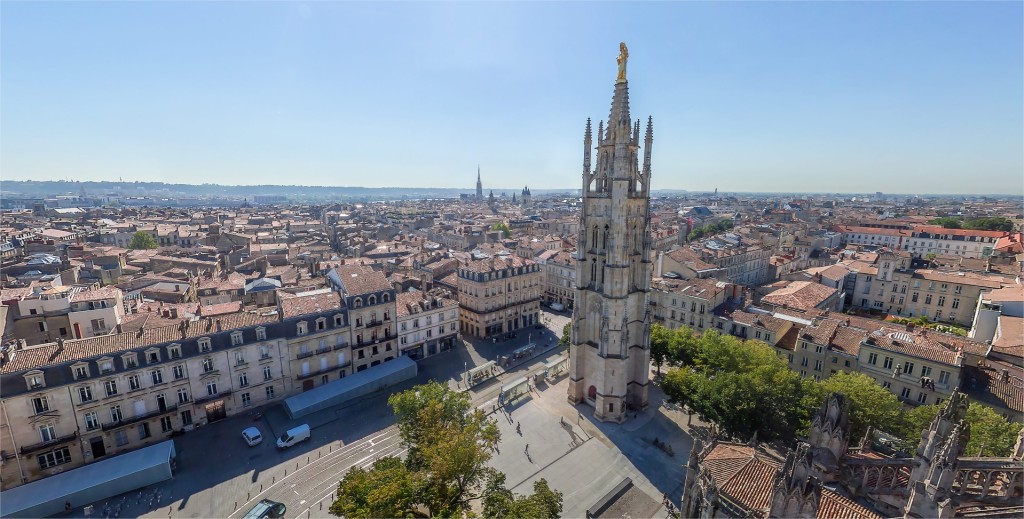 In search of purity