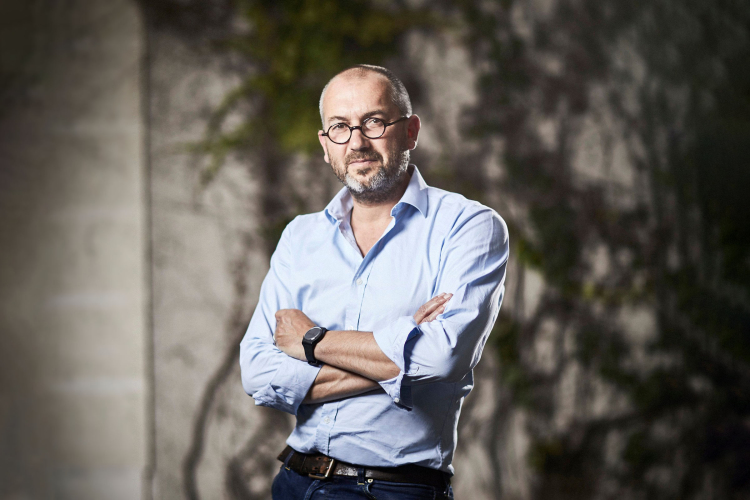 Over his 16-year career as CEO of the estate, Thomas Duroux has come to know Château Palmer’s identity, its nuances and its ability to evolve better than anyone. He has an intimate knowledge of the last 70 vintages of Château Palmer and admits he has already tasted the 2010 vintage more than 100 times during its evolution over the last 10 years. But the decision to release it 10 years on was not always the plan. Duroux says, “2010 is really one of the most extraordinary vintages, up there with the 2005, 2009, 2015 and 2016 but for me the 2010 is probably the most serious, deepest wine of all of them and I believed would require a long time to open up.” But, on the final day of the 2019 vintage, as is tradition, Thomas holds a big party with the harvesters and always opens a special bottle of Château Palmer to share with them. “I don’t know why I decided on 2010 that day, but it turned out to be a flash of inspiration. The wine had changed so much from just a few months before, incredibly open, still deep. How wrong I was that it would remain closed for longer.”

The ageing potential of Bordeaux

Bordeaux’s capacity to age is extraordinary. No wine seems to retain freshness and structure for so long, with top vintages easily reaching their 50th anniversary and some twice as long. But with Bordeaux leading the way on scientific development and research within winemaking and a better understanding of its molecular make-up, the style of modern-era Bordeaux has certainly changed. This change in style has many questioning whether with these new techniques, the wines might open up earlier, but struggle to go the distance.

Despite 2010 Palmer entering its drinking window at just 10 years, Duroux has no concern over its longevity. “In the past a wine with this depth would take time to open. I remember tasting the 1928 with Claude Chardon, the former manager of Château Palmer, and he said this wine took 30 years even to show up! The vintage was undoubtedly exceptional, producing massively concentrated berries, but the grapes were possibly not all picked at the right time. In those days the harvest started and every parcel was picked in one go.”

Today each parcel is monitored separately and – depending on the conditions – the harvest could last up to a month, with breaks in between as they wait for the perfect maturity, explains Duroux. Back then all the berries would have been extracted the same regardless of the vintage conditions, regardless of the different characteristics of the varying parcels. This laissez-faire attitude meant the wines would often shut down for many years. Today, with better understanding and a more precise approach, the wines’ extraction time varies, “Our pump-overs could be two hours or could be 10 minutes, with every tank assessed individually. Today the wines don’t have to go through that shock process that they used to.” 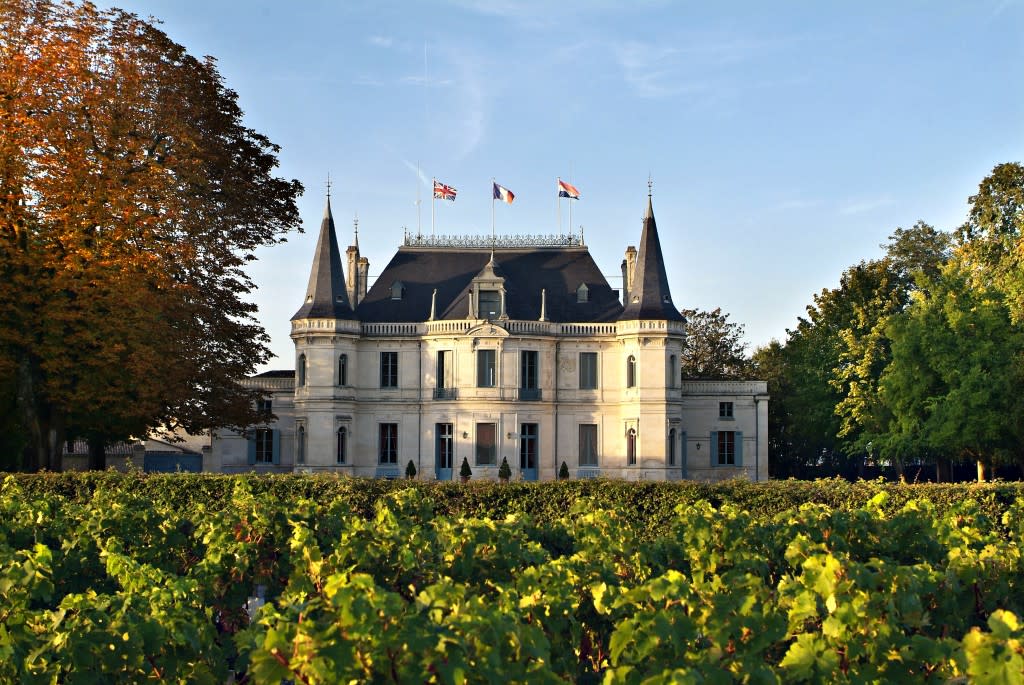 But Duroux believes the ingredients for long-ageing are still there, just without the extended dumb phase often found in the top vintages of the past. Duroux constantly monitors the development of Château Palmer and, as he has witnessed Palmer age, its drinking window isn’t simply a linear timeframe but goes through several, what he calls “drinking plateaus”.

Even in not-so-great vintages, the ageing of the wine is a fascinating exploration. “1957 as a vintage does not have a great reputation, but recently I tasted it and it was spectacular and totally different from three years ago. Yes, there will be disappointments – ’72 and ’73 will never reach a new plateau in their drinking life, but typically as Palmer ages, it will open and close with distinct drinking plateaus in between.”

With so much experience tasting Palmer through the ages, I’m fascinated to understand what it is Duroux believes defines Palmer in the glass. “There are many easy words,” he says. “Complexity, depth etc – but perhaps the two most distinctive elements are its aromatics and its distinct texture on the palate within a Margaux context. First and foremost Palmer has a very strong Margaux character defined by the softness and elegance of tannins. But in Palmer specifically, it is both fine but also textural – a velvet-like texture giving the wine more structure than is necessarily typical of Margaux. I believe it’s due to the unusual distinction at Palmer, that some of our best grapes come from are old Merlot vines grown on gravel – typically a soil kept for Cabernet Sauvignon.” For Duroux the old Cabernet vines provide the precision, but it is these Merlot grapes that provide the distinct textural qualities of Palmer. Secondly Palmer’s aromatic complexity remains a reliable trait. “The aromatic complexity will always come out of the glass when the vintage enters its drinking window,” testifies Duroux. Many believe they can recognise Palmer by its smell alone. 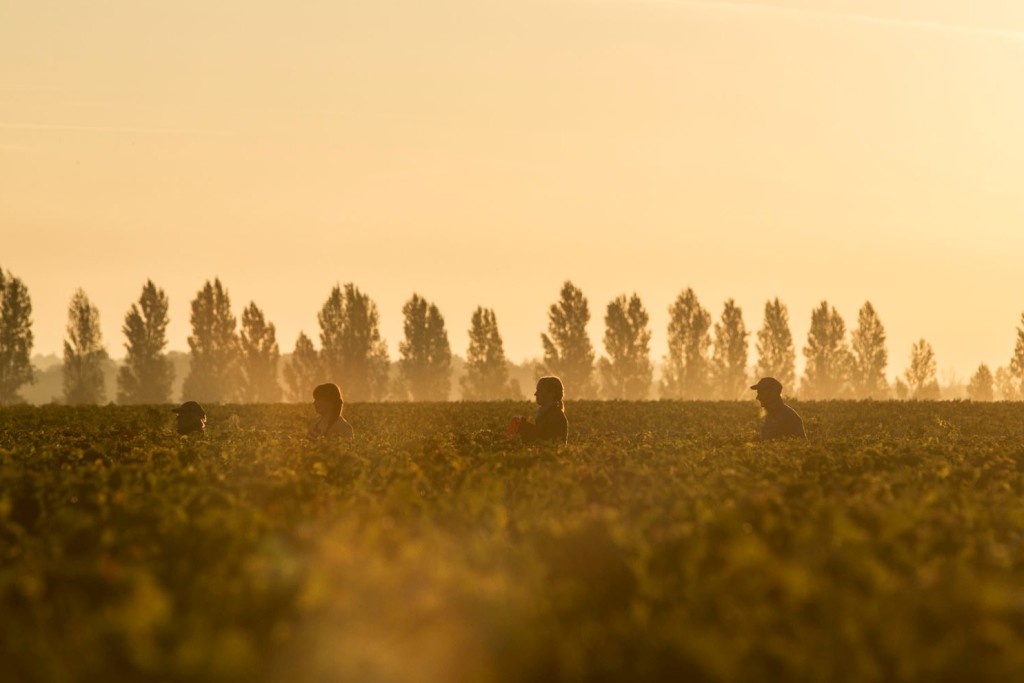 Palmer's viticultural team in the vineyards

In recent years Château Palmer has undoubtedly become one of Margaux’s most consistent producers and one of Bordeaux’s most collected wines. After 16 years at the helm, Duroux contemplates his proudest achievements at Palmer. “The first necessary change, which I believe has had a great impact at Palmer, was to not see Palmer’s vineyards as a whole – but to see Palmer as made up of separate and diverse vineyards. That we should act differently from one plot to another and then to reflect that diversity in the vineyard back in the winery. Every plot is now managed independently, treated independently, picked independently and vinified independently.”

Once the plots had been differentiated, Duroux’s second change was to have a global vision of what “our farm should be”. Most importantly, to bring life back to the soils. By working the vineyards biodynamically, Duroux says, “We have seen much more diversity, complexity and life in our soils, our cover crops, our trees and animals. We have brought more autonomy to the estate, each year relying less and less on bringing stuff from outside.” Today the estate fertilizes the vineyards from manure from their own cattle, “This is not a revolution but returning to how we farmed 100 years ago.”

These changes have not come without risk. As a biodynamic producer, Duroux explains, “We have fewer weapons to fight disease, but we have the feeling that with time we will limit the risk, we will not see mildew as a disease but as an imbalance in the vineyard.” The 2018 vintage was hugely difficult for Palmer, who lost two thirds of their crop to mildew. The 2020 vintage brought similar mildew pressures but Duroux says they were nowhere near as affected, “We have learnt so much about our vineyard since 2018.” 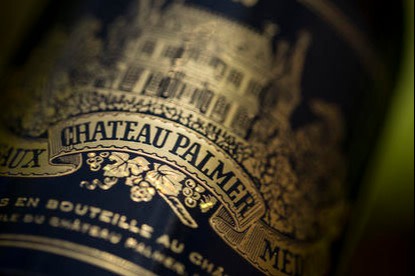 Perhaps Duroux’s decision to re-release Palmer 10 years on will be his third big influence at Château Palmer. This decision will no doubt be carefully monitored by other châteaux, who like Duroux are aware the Bordeaux market is developing.

“In 2010 we recognised the market was changing. Releasing the wine en primeur, unfinished, receiving the wine two years later and storing the wine for 10 years before approaching it has been the norm for many years – but for many new customers, this was not how they liked to buy wine. Many people, for one, don’t have the storage capacity and also want to purchase wines ready to drink. From that point we began to hold back a little, rather than releasing all the wine en primeur. By 2014, we were holding back around 50% of the production and (apart from 2018 – where our production was down by two thirds), we have continued to do this, to this day.”

But these late releases are not set to replace en primeur at Palmer. “I still have a strong belief in the en primeur system,” says Duroux. “It is not about doing one or the other. Customers who invest in a product early should be rewarded for that price-wise. But at the same time we also need to cater for our other customers who want wines ready to drink.” For the 2010 at least, Duroux confirms this will be the last time you will be able to buy the vintage direct from the château.

The wine world watches as Duroux’s next step could not only have a huge impact on the future of Château Palmer, but could also influence how all Bordeaux is sold going forward. 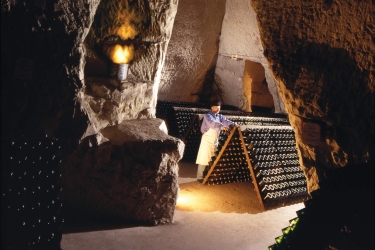 Taittinger Comtes de Champagne 2008: the wait is over