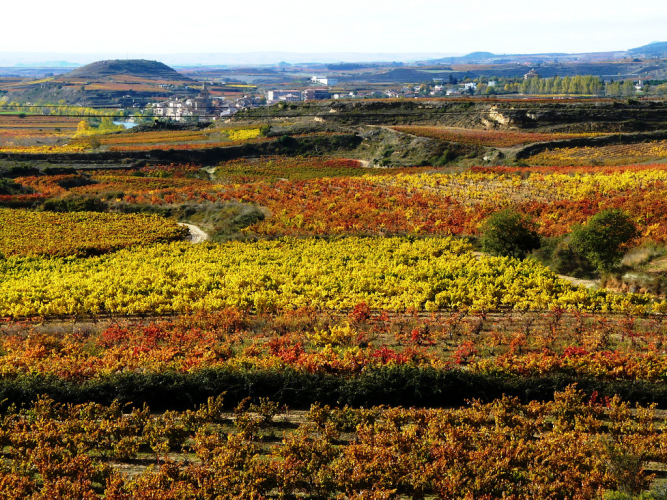 From shipwrecks to blighted vines, Claire Huxley examines five wineries whose path to success involved a fair few bumps in the road

We know that each and every bottle has a story to tell. For some, these stories stretch back centuries, for others, they are just beginning. Uncovering these tales – with all their twists and turns – is one of the things that make wine so exciting. Sometimes these stories – and inauspicious beginnings – are almost as captivating as the contents of the bottles themselves.

We’ve compiled a list of the unlikely stars of fine wine.

Stella di Campalto never intended to make wine. Her dream was to grow olives, not grapes, and when she was given an estate of rough, largely uncultivated land by her father-in-law the plan was to harvest its wild olive groves to make olive oil. However, after EU funding presented the opportunity to also plant some vines, di Campalto decided to start a side project, with the help of the late Giuseppe Bianchini of Ciacci Piccolomini d’Aragona.

With time, this hobby took off, and the “San Giuseppe” winery started producing some seriously excellent wines. Described by Antonio Galloni as “a winemaker with immense natural talent and vision” and “one of the most promising young producers in Montalcino”, there can be little doubt that di Campalto has put her wines firmly on the map.

As might be expected by somebody who never intended to make wine, a stripped-back, nature-focused approach is key to di Campalto’s philosophy. Her vines are farmed according to biodynamic principles. Preserving the natural harmony of the land is a key concern. This approach results in “deeply personal wines that are unlike any others in Montalcino," Galloni says.

Aromatic, exotic and savoury, these are fabulous wines that punch far beyond their humble origins.

There is little doubt that the now-legendary Pingus is one of the most sought-after Spanish wines of all time, but it was initially a rocky road to success. When Dane Peter Sisseck moved from Bordeaux to the Ribera del Duero in the early 1990s, the odds were stacked against him. The region had become known for focusing on quantity rather than quality and seemed unlikely to ever challenge the mighty Rioja.

Sisseck, however, was determined and, after purchasing a tiny plot of neglected 60-year-old vines, the Pingus story began.

His first ever vintage, the 1995, produced 325 cases of wine – 75 of which were allocated to the US market and packed up for shipping. Some weeks later, that shipment sank, with all of 75 cases disappearing near the Azores in the North Atlantic.  While Sisseck’s parcel was not the only wine shipment on board – nor the most sizeable – the loss represented a staggering proportion of the fledgling vineyard’s production and seemed a devastating blow to the Pingus dream.

Or so Sisseck assumed. In reality, the sudden disappearance of nearly a quarter of the wine’s miniscule production rendered it unexpectedly collectable. Demand for Pingus surged almost overnight, making it one of the most sought-after Spanish wines.

This spike in interest was a catalyst, but it would be unfair to overlook the quality of Dominio de Pingus’ wine, which Luis Gutierrez described as “stunning, simply perfect”.

What’s more, Pingus is currently enjoying an exciting moment in its history, with Sisseck claiming that the 2014 vintage is the first one to rival the fabled 1995 in excellence. Here’s hoping there will be no more shipwrecks… 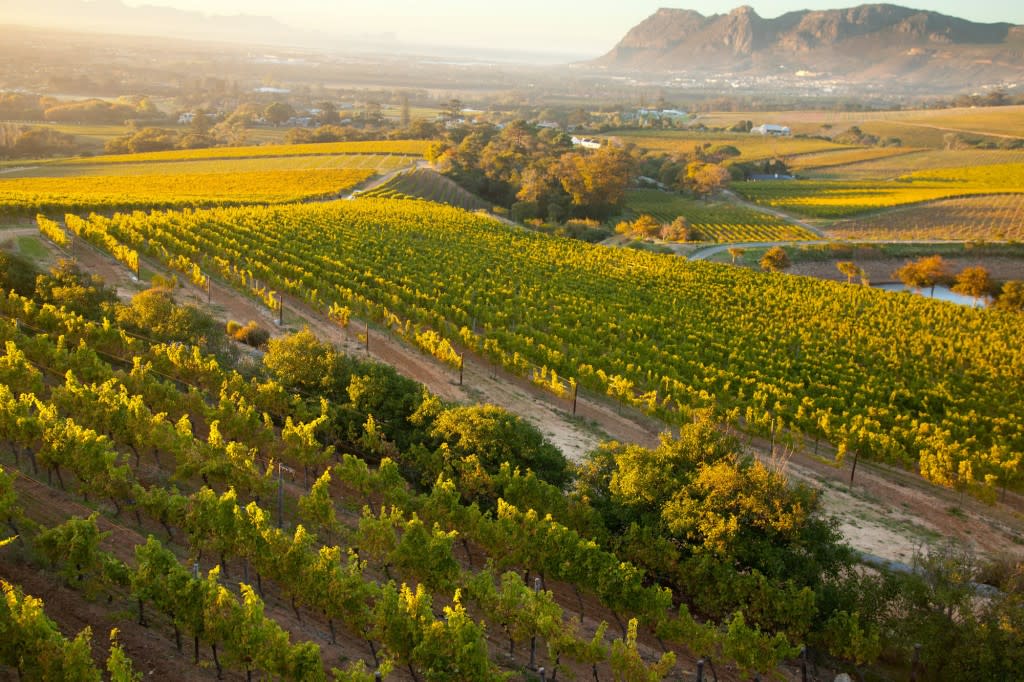 Klein Constantia – from riches to rags and back again

Although Klein Constantia is now seen as one of South Africa’s most prestigious producers, the glorious estate has gone from a shining star of the wine world to a derelict, abandoned wasteland – and then back again.

The Constantia estate was a true powerhouse in the late 17th and early 18th centuries. A favourite of kings and emperors, it counted Frederick the Great and Napoleon among its most loyal clients. However, all this changed in the late 1800s when its fortunes took a dramatic plunge. First, a change in UK tax laws ended preferential treatment towards exports from the British colonies and made sales plummet. Then, the estate’s ancient vines were blighted by Phylloxera and powdery mildew, decimating their production. These two unfortunate developments signalled the end of Constantia’s golden age, and for over a century it fell into dormancy.

Then in 1980, Klein Constantia was born. Duggie Jooste bought the estate and, with the help of then winemaker Ross Gower and Professor Chris Orferr of Stellenbosch University, Klein Constantia started to produce a recreated version the early Constantia wines, made from Muscat Blanc à Petits Grains. The result was called Vin de Constance.

Since its reintroduction, Vin de Constance has repeatedly topped lists of the world’s greatest wines, and is considered by many to be the New World’s best sweet white. Of the 2007 vintage, Neal Martin put it on a par with the cream of Sauternes, commenting: “This is a startling, world-class wine that gives Ch. d'Yquem a run for its money.” What’s more, Martin considers its recent success to have served as a catalyst for the “long-overdue renaissance for the entire region” – the effects of which can still be seen today.

Chateau La Violette – the woman with the Midas touch

Nestled in Pomerol between Ch. Le Pin and Ch. Trotanoy, Ch. La Violette has always enjoyed pole position, with a unique terroir composed of clay, limestone and gravelly soils. However, despite this perfect location, La Violette’s production during the second half of the 20th century was patchy at best. Robert Parker paints a picture of a chateau: “just going through the motions, taking no risks, never crop-thinning. Moreover, there was no selection in either the vineyard or the triage tables.”

Fast forward to 2015 and this has all changed, with La Violette becoming one of Pomerol’s hottest estates, producing exciting wines that have wowed the critics. Parker awarded the 2010 vintage a perfect 100-point score. The secret? The arrival of a new owner, the late, great, wine-whispering Catherine Pere-Verge. An experienced winemaker who had forged somewhat of a reputation for reviving wineries (her other projects included the once-floundering, now-excellent Ch. Le Gay), Pere-Verge’s strict standards revolutionised La Violette.

All grapes are now rigorously, individually selected and hand-picked, resulting in a miniscule 300-400 cases produced per year. These stringent methods clearly work. La Violette’s wines regularly make headlines for their superb quality, with Robert Parker describing the 2007 as “a riveting wine” and “a great classic”.

Screaming Eagle – from a plastic trash can to millionaires' cellars

Screaming Eagle is now considered one of the original “cult” Californian wines. With tiny production and a huge US following, its wines are incredibly hard to come by, selling out almost on release to the winery’s lengthy mailing list.

This wild success is a million miles away from Screaming Eagle’s humble beginnings. The story starts with a former real estate agent, Jean Phillips, who bought the 57-acre Oakville vineyard in 1986 and spent the following years selling the vast majority of her grapes to various Napa wineries. Meanwhile, she kept just one acre aside in order to produce her own wine which, in the absence of any kit, was made in a plastic trash-can.

Phillips took the result to the people at Robert Mondavi Winery to gauge their opinions on the quality of her wine. This was a success, and before long Screaming Eagle was born. The debut 1992 vintage caused quite a stir among the critics, with Robert Parker awarding it a staggering 99 points and describing the wine as “extraordinary” and “one of the greatest young Cabernets I have ever tasted”.

Since then, the winery has gone from strength to strength, earning three 100-point scores from Parker and producing two more wines, the aptly named Second Flight and Sauvignon Blanc. 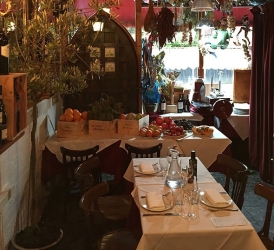