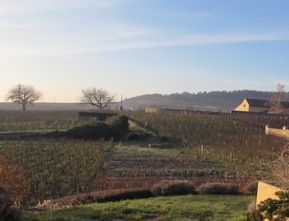 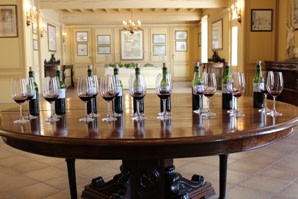 2012 has been an eventful year in the wine trade. In many ways, it has been a difficult twelve months: tough economic conditions, falling prices for investment grade wines and a tortuous en primeur Bordeaux campaign have all made buying and selling wine more challenging than usual. The flipside of turbulence, however, is opportunity and for those with sufficient flexibility to adapt to prevailing market conditions, the year has also been an extremely exciting one.

The Burgundy campaign at the very beginning of 2012 was a case in point. Quality was excellent in 2010 but quantities available ex domaine were significantly reduced: a combination which led to high demand across the quality spectrum. Looking beyond existing producer relationships to source further stocks, F+R was able to mitigate the effect of reduced supply to some extent, with final sales reduced by much less than the 30% average quantity decrease in Burgundy. Sales of 2010s have continued throughout the year, with notable peaks during the summer when interest shifted away from Bordeaux and back to Burgundy.

Spring marked the beginning of what for many will be a memorable Bordeaux campaign, if not entirely for the right reasons. Quality was good but not exceptional and certainly did not reach the highs of 2009 and 2010, yet prices rose rather than fell – dramatically in some cases. Demand was unsurprisingly extremely limited. UK merchants reacted by refusing to take on stock and buying to order for the majority of releases and if 2010 saw a narrower spectrum of brands achieving success than in 2009, this trend was taken to an extreme in 2011. Of the major left bank chateaux, Lafite, Margaux and Pontet Canet were the biggest selling brands at F+R by some margin; on the right bank, L’Eglise Clinet and Vieux Chateau Certan did particularly well. Few other chateaux sold in significant volumes.

The fall in fine wine prices that began in summer 2011 continued in the first half of 2012 and prices then fell further in the wake of the Bordeaux 2011 debacle. More important than the price movements themselves, though, was the loss of confidence in the market that the primeur campaign entailed. This was felt particularly acutely in the Far East, where it intensified the slowdown created by the difficulty of getting wines out of Hong Kong and into China – with a consequent knock-on effect on the rest of the market. It is not an exaggeration to say that trading Bordeaux as a commodity has slowed almost to a halt this year. There are still buyers for Bordeaux – there always will be, at a price - but during the latter half of 2012, F+R customers have become much more selective in their purchasing.

With declining appetite for Bordeaux has come a broadening out of interest among wine buyers. In 2011, F+R customers bought 10,117 different wines; in 2012, the equivalent figure exceeded 13,000. Italy, Champagne and Spain have all been areas of focus for wine consumers and F+R have reacted to this by extending the supply network, taking on numerous new direct relationships with producers across Europe. The ability to cater for this expansion of taste has attracted more customers to F+R then ever before, with around 2,000 new buyers overall in 2012. The biggest region for growth has been Italy, where sales are up over 70% on 2011, making it the most important wine region for F+R customers after Bordeaux and Burgundy. Champagne sales have also been extraordinarily strong (perhaps reflecting Champagne’s potential for trading as well as drinking), growing by over 50% on 2011. Spanish wines, although starting from a low base, are also good and have more than doubled since 2011. Last year’s growth in demand for Burgundy has continued in 2012, with sales increasing by a steady 12% on 2011.

With a tiny, high quality 2012 harvest on the horizon, demand for Burgundy is set to be strong, both during the forthcoming 2011 en primeur campaign and later in the year. The Hospices de Beaune auction for the 2012s held in November was a record-breaking one, up 8% in turnover on the 2011 event and the second highest ever sale was achieved for a single lot. For the growers, the next couple of years will be difficult, with the loss of the equivalent of a whole vintage in three years (2010, 2011 and 2012) creating a gap for many, but those who are able to bridge this will undoubtedly find themselves in a strong position. Provided ex domaine pricing remains sensible – and there are few in Burgundy who look to Bordeaux for inspiration – Burgundy will be extremely interesting at all levels in the next few years.

Bordeaux just as the 2012 harvest was coming in last autumn suggested the potential for quality, though rain in some parts of Bordeaux may well have compromised this. We will defer judgement on the vintage until we have tasted the wines in April. In terms of pricing, the increases of the last three years have been so substantial that a very steep drop in pricing will be needed to entice primeur-weary buyers back to the market. As it stands, it seems unlikely that the Bordelais will countenance the necessary measures – for this vintage at least.

While it is impossible to call the bottom of a market, the general feeling is that it cannot be too far away. How long the bottom lasts is another question, though, and with the (in retrospect) overly swift rise following the Lehman slump fresh in collective memory, fine wine prices are likely to move upwards at a more leisurely pace this time round.

Interest in other fine wine regions likely to continue

An increasingly educated and inquisitive market looks set to continue in the search for diversity, quality and value. Bordeaux has lost its romance and has been unappealing as a commodity for the past twelve months. With Bordeaux prices static, wines from other regions, both New and Old World, will no doubt continue to sell well. This may well change, but for now desire for something different - wines with a story, wines with romance, new discoveries – is strong, and F+R looks forward to bringing more of these wines to our customers. At the time of writing, Fine + Rare is listing more than 47,000 different wines: the broadest offering in the world. We look forward to an exciting 2013. If you are interested in advice on your portfolio or selling your wine, call us on 44 (0)20 7089 7468 or email reservists@frw.co.uk. 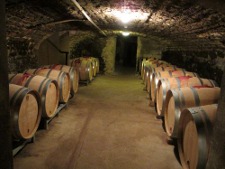