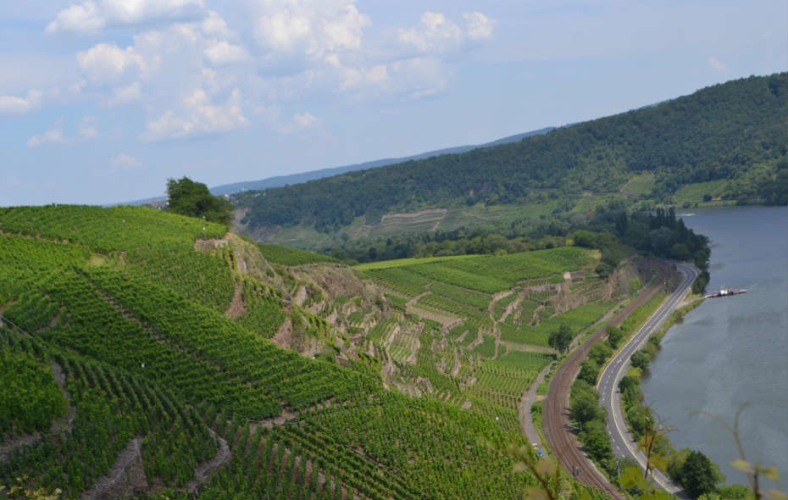 Early opinions suggest that 2015 might be the vintage of the century for Germany...

The wine world's attention is currently on Bordeaux 2015 and much has been made of recent releases from Rhône 2015 (particularly from Chapoutier). However, early rumblings suggest that we should all be keeping an eye on Germany 2015...

Early reports are tentatively suggesting that Germany 2015 is the vintage of the century. Although not a year without its challenges and nail-biting moments, over the last few months the emotions of producers across the country have flipped from relief to excitement. Now the vintage is building traction with the critics.

The season began with a settled spring of warm weather. The summer was hot and dry with record heat that persisted all the way to September. With the vintage teetering on a knife edge, perfectly timed and much needed dose of precipitation came in early September, relieving worries of drought.

Though many were concerned about an imbalance of acidity and sugar levels due to the extreme heat, the diurnal temperature variation appears to have kept this in check. In the end, most vines (aside from the very young) acclimatised to the long period of dry heat through reserves of rain from the previous winter. Warm, dry weather persisted into October, allowing the harvest to take place in excellent conditions.

Post-harvest many producers reported flawless fruit without the usual complaints of variable quality due to mildew, rot and high amounts of botrytis. But what was more surprising, was that there were no complaints of regional variation; excellent feedback has been received from all areas. More good news followed fermentation of musts with reports of great concentration and depth.

Now, German producers are raving about their finished wines, which are said to be showing stunning complexity and ageing potential. For any devotees of Riesling or complex-white wines, Germany 2015 is a vintage to consider stocking-up on.

The only grumble about Germany 2015 is lower than average yields (approximately 10% down) reported across most regions. However, this contributed towards what has been reported to be extremely high quality fruit. Wines of Germany reported an estimated harvests of roughly nine million hectolitres, just behind the ten-year average and two percent behind 2014. But some have compared the quality to 1959 or 1971, the latter being the highest rated German vintage recorded on Robert Parker's vintage charts. Lower volume and higher quality is likely to mean fierce demand.

Although many critics are still talking about the Germany 2014, FINE+RARE believe that focus should be firmly on the forthcoming releases of 2015. Below you'll find a summary of critic and leading expert opinion released to date...

"Lovers of German wine are in for a treat as the 2015s make their way on to the shelves and wine lists." - Jancis Robinson

"What wonderful 2015s Germany has produced! They run the full gamut from bone dry to delicately super-sweet." - Jancis Robinson

“Since the turn of the millennium the term 'vintage of the century' has been bandied about in Germany with free abandon several times already (for 2005, 2007 and 2009), only for flies to be found in the ointment some time later. But 2015 may well turn out to be the real thing.” - Michael Schmidt

"After an exceptionally dry summer in Germany, the grapes were were 'saved' by rain in August - but still resulted in late ripening, lower quantity and high alcohol for the German 2015 vintage."  - Decanter

"Wine fans and visitors to the Mosel region can look forward to high-quality wines across all classification levels." - Wines of Germany

"In short: you can already look forward to an outstanding vintage! The only disappointment is the small size of the harvest- yet this contributed to the high quality of the crop." - Reichsgraf von Kesselstatt

"Wine lovers will find that even simple wines are of outstanding quality in this vintage." - Representative of the Nahe region

How German Regions Fared in 2015

Wines of Germany have issued a press release summarising region-by-region reports. Below is a precis:

Ahr - Good to very good wines with balance, fruit-forward character and rich coloration for the reds.

Baden - Dark and powerful reds with lots of structure and ripe fruit. Yields significantly below average.

Mosel - Fruit-forward, balanced white wines with lovely interplay of sweetness and acidity. Red wines (only 10% of production) will show rich coloration. High quality across all classification levels. Riesling must weights were well into Spätlese territory, which is likely to mean lower quantities of Kabinett wines.

Pfalz - Grand wines across the range. Opulent and complex reds, luscious sweet whites, excellent acidity and balance with the Pinot Noirs and the aromatic varieties have reached their full potential.

Rheinhessen – Classic wines with a wide range of aromatics. Deep coloration and concentration for red wines and traditional-style whites with restrained acidity levels.

Saale-Unstrut - Lower temperatures in Germany's northernmost winegrowing region, which was spared any real extremes. Higher volumes and a strong share of wines for prädikat classification.

Sachesen - Expected to be an excellent vintage with a high share of prädikat-classification wines despite hail and frost.

Württemberg - Full-bodied fruit for all varieties. Red wines are the vintage's real winners.

The sheer level of optimism suggests that Germany 2015 is going to be something very special. FINE+RARE will be actively seeking out the best wines from the vintage. Updates and offers to follow. 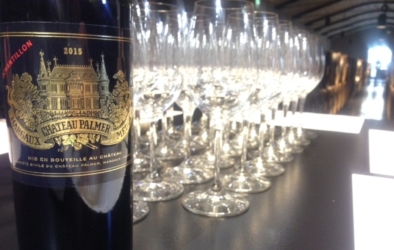