Bordeaux has seen a plethora of good to great vintages over the last 10-15 years most notably 2009, 2010, 2015, 2016, 2018... and now 2019. Speaking with some of Bordeaux's top winemakers in the build-up towards the eventual release of the 2019 vintage, has only further cemented the change in tone in Bordeaux in regard to the expectations of a vintage. No one today talks about a great vintage with surprise. No vigneron in Bordeaux can say “it’s another vintage of the century” without a smirk. The discourse on vintage overviews has been forced to change. Looking at statistics from analytical data on climate, grape ripeness levels through to critics' approvals, wines in Bordeaux are much more regularly the result of almost perfect vintage conditions.

Has global warming helped push Bordeaux into a modern-day golden era? What has been the knock-on effects of more regular vintages in Bordeaux? How long will this last and how will it change and shape the Bordeaux of the future?

Bordeaux is no longer a region whose Cabernet Sauvignon and Merlot run the gauntlet to reach sugar ripeness. If anything, it is rising alcohol levels, hail, drought, sunburn and vine shutdown that keeps the vigneron up at night. But these concerns are increasingly becoming better managed thanks to huge investment by many of the top estates using both technology and ever more advanced scientific data to better cope with the issues at hand. Even within this trend of excellent vintages, vignerons in Bordeaux have only got better at dealing with the new norm of warmer vintages. Arguably the wines of the warm 2018 vintage were better handled than the similarly warm 2009.

The Bi-Polarisation of the Bordeaux Wine Market

Whilst the picture at the entry level end of the scale within Bordeaux is a lot more gloomy, with many vignerons facing real sustainability issues, no doubt further enhanced by the effects of the current global pandemic, the prestigious classified growths and other top estates are currently benefiting from a perfect storm. More consistent vintages have led to an increased income flowing into the estates which has seen increased reinvestment into the property’s infrastructure to off-set tax on profits. The benefit being huge scientific and technological investments into many of these chateaux with precision viticulture and vinification becoming standard practice in many of the top estates. From a region in which heritage and tradition exude from the grandeur of turrets and towers, it is behind the castle walls that you find futurism and innovation. 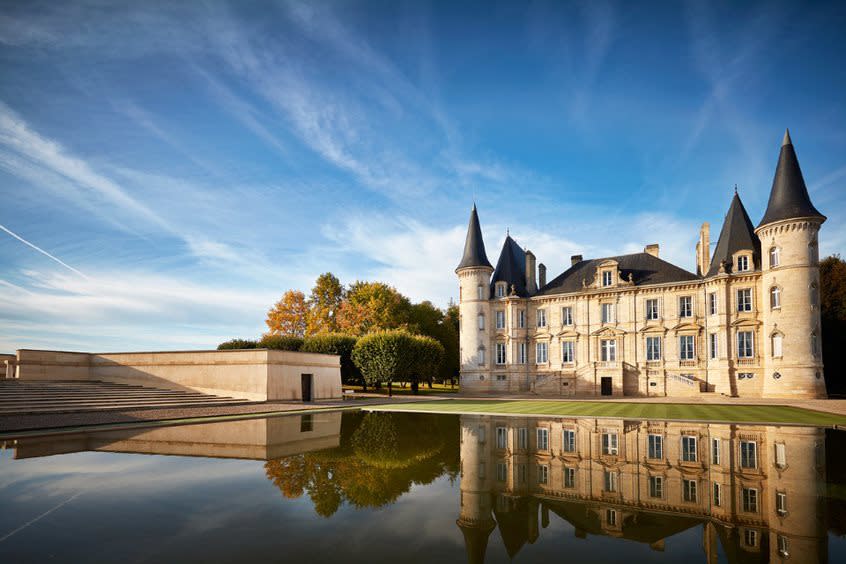 Whilst the weather remains the most important factor that the vigneron can’t control, the Bordeaux Chateaux who can afford to, have made great strides in off-setting poor weather conditions with a shift in attention towards viticultural practices. Whilst the battle between Mother Nature and machine is still very much one-sided, innovations in the field as well as the winery have seen good to excellent results as standard in Bordeaux’s modern era. Also the earlier start to the vine's growing cycles is pushing the key veraison period earlier (where there are longer hours of sunlight) resulting in being able to bring in the harvest earlier if necessary, to avoid the risk of the heavy rains at the end of the season ruining the vintage. Whilst similar developments are happening throughout the fine wine regions of the world, the sheer volume of premium fine wine produced from the top estates in Bordeaux means the regularity of good to excellent vintages at this scale is unmatched anywhere else in the world, giving them a huge advantage when it comes to reinvestment.

Behind these traditional, historic chateau walls is some of the most cutting-edge technology in operation in global wine production. From optical sorting machines to UV light technology managing micro-bacterial issues in the winery, these innovative techniques are producing some of the most precise wines ever to come out of Bordeaux. In the not too distant past Bordeaux had been particularly susceptible to wine faults such as brettanomyces due to high pH, rising alcohol levels and extensive barrel ageing, but amongst the top estates today, potential faults remain tightly controlled. But the investment in technology is not the only reason behind the modern success stories of Bordeaux, but an investment in people too, with full-time viticulturalists operating in the vineyard throughout the year as standard.

An increase in experimentation has also led to more variety in both viticulture and vinification practices leading to more variety in structure and style in wines from across the Médoc and beyond. Experiments with different sized vessels and trialling materials for élevage, whole bunch fermentations, intra-plot picking and vinification as well as investments in heritage projects such as the recovery of original Bordeaux clones that were practically wiped out prior to the devastating effects of the great frost of 1956 are all adding breadth and scope to the innovative side of today’s Bordeaux.

With an ever-expanding fine wine market in terms of both consumers buying fine wine as well as more regions producing fine wine, Bordeaux has never had more competition within the region itself as well as further afield. With this additional pressure, there is a strong ambition for each Chateau to further distinguish itself. One clear advantage is their history; few winemaking regions in the world have the prestige and the back catalogue found at the top estates today. Chateau Lafite Rothschild serving vintages back to 1881 at their 150 anniversary birthday party last year to a hall full of guests on five consecutive nights is something no other region could come close to pulling off. Despite this, the growing competition from other emerging fine wine regions around the world has forced Bordeaux onto its toes and lit the fire under many top estates to better communicate what makes the wines of Bordeaux unique.

The Bordelais openly admit that they have had to look outside of the Bordeaux bubble and take note of developments in fine wine regions further afield. With Bordeaux wines almost always blends of varieties encompassing a collection of scattered vineyards, the discourse surrounding terroir was largely glossed over in favour of more generic phrases such as Pauillac‘s graphite minerality. The seemingly flatlands of the Médoc are "flat" no longer, the top chateaux emphasising their “hauts”, their “grand-puy’s” and “moutons” justifying their classified status comes from distinct terroir, whether that be the raised grounds of gunzian gravel or the outcrops of blue clay or crasse de fer soils of Pomerol or the various distinct types of limestone found in different parts of Saint-Emilon. The breakdown of single vineyards and their influence on the blend is now regularly part of the estates' patter when describing their terroir and this more exhaustive investigation into its vineyards has helped better communicate what is special and distinct about each chateau.

Bordelais are quick to admit, that for a region whose historic importance is unmatched in fine wine production, they have in the past been guilty of following fashion. Perhaps because of their global impact, their fashion faux pas only became more obvious. Not just in Bordeaux but throughout the world of fine wine there has never been such a heightened sense of self awareness and an emphasis on transparency in wines. Bordeaux too has adapted to this and while being naturally powerful, intense, long lived wines thanks to the varieties used and unique climate, there is also a strong emphasis on the Bordeaux wines of today retaining a sense of purity and elegance too. The ability to be both powerful and elegant is surely Bordeaux’s greatest calling card.

When interviewing Andrew Jefford last autumn, I asked what he thought was the most exciting emerging region in the fine wine world today, I was pleasantly surprised to hear him state Bordeaux, saying “I’m in awe of the progress made there over the last 20 years, particularly in terms of the understanding of tannins. Tannins are the key to quality in fine red wine. Nothing would help southern hemisphere regions making ambitious red wines more than a breakthrough in the extraction and expression of tannins in their wines – the hallmark of all great European reds. Red winemakers in general need to stop stressing about acidity and become obsessed by tannin. To learn about tannin, go to Bordeaux.” 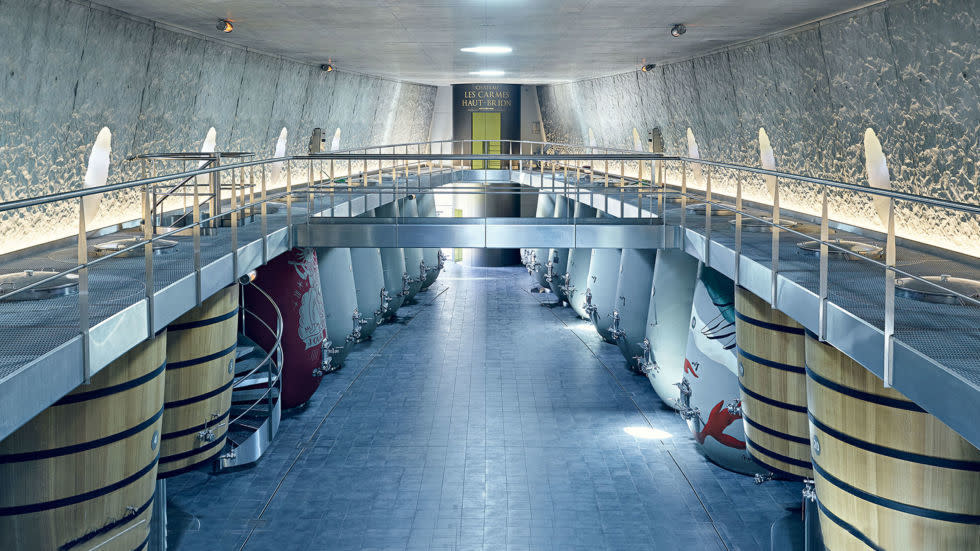 The Future of Bordeaux

Despite the top chateaux of Bordeaux today enjoying a bout of legendary vintages, there are real dangers posed to the longevity of Bordeaux’s current success (along with many other fine wine regions of the world). How long will it be before global warming pushes the region to the points where heat and drought no longer make growing wine grapes viable? No doubt early signs are there. If Bordeaux becomes too hot and too dry, vines will shut down completely and tannins will not ripen as sugars go through the roof. Merlot is already a concern for many and considering its dominance in much of the vineyards of the Right Bank and in a significant part of blends on the Left Bank, there is no way things will remain as they are. Whether clonal development, irrigation or winemaking techniques can rescue it seems at odds with the current emphasis on natural winemaking. Either way, things will eventually have to change. At least for today Bordeaux classified estates are unquestionably enjoying a golden era of vintages where their wines have never been so transparent. In such uncertain times, it is not clear how long this golden era will last, particularly with the typical Bordeaux varieties we know and love today, but those who think Bordeaux is passé are failing to look in the right places.