EditorialopinionA Week in the Far East

A Week in the Far East 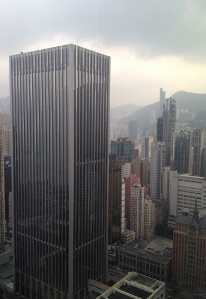 Speak to anyone on the wine trade about the fine wine market and the words “The Far East” will inevitably come out within five minutes. Since the mid 1990s and perhaps more noticeably, the mid-2000s, more and more wine has been sold in what can no longer really be referred to as a new market.

Without visiting the region to see first hand what is happening, it is all too easy to talk about the market in the Far East in the same terms as some sort of Treasure Island: it has been a highly profitable market for the UK trade, though one whose treasure is still buried. The map, or the key is believed to be mainland China. Moreover, the Far East wine buyer is occasionally seen as somehow being less knowledgeable, less educated in wine terms than his or her UK counterpart.

Nothing could be further from the truth.

FINE+RARE’s Hong Kong office was opened in the Spring of 2009 and we first visited in the late 1990s. I was fortunate enough to visit both Hong Kong and Singapore last week and even more fortunate to meet some of our customers, who very quickly showed me just how mature this market is.

In both cities we ate and drank remarkably well, meeting with customers whose knowledge of the subject was quite, quite remarkable. Bottles that would be considered trophies here in the UK, wines that all too often stay in the cellar to be admired on a stock sheet are opened, discussed and enjoyed in the Far East. Wines that are very much the preserve of the speculator in the UK are on the tables in Singapore and Hong Kong.

A few vinous highlights of our trip were:

"A clearly impeccable bottle. The wines of DRC have become so expensive that actually opening a bottle is an increasingly rare pleasure. To open something so mature, from a vintage like 1976 (I incorrectly picked it as a 1978) is an almost unrepeatable treat. This was extraordinary, and constantly changing in the glass. As is so often the case with wines like this, the last glass was the best. Still sweet, still powerful, with a beautiful edge of spice, this got gamey and earthy then came back to the fruit as it came round in the glass. A wine to remember."

"Les Amoureuses, rather like the Clos St Jacques in Gevrey, is a vineyard that almost certainly should warrant grand cru status, and in the hands of Christophe Roumier, makes for something very special indeed. This had a brightness, an energy to it, that could have lit up the room. To describe the Roumier style as “flashy” is a little simplistic though his wines have a remarkable polish to them, and a diamond-like sparkle. Mr Roumier’s neighbour, Jacques-Frederic Mugnier, once remarked to me that the real test of any Les Amoureuses (which translates as “the lovers”) is that the wine has to dance, like lovers, on the palate. This one passed the test."

"Gosh. Every now and again a bottle is opened with a bouquet that, for me, is quite transcendental, and this is possibly the best bottle I have tasted this year. It very much gave the impression that this particular bottle was having its moment: the nose was floral, with notes of rose petals, smoke, menthol and, to use one of Mr Parker’s favourites, a smorgasbord of sweet fruit, game, spice and more besides. Quite simply a stunning wine."

So, to finish, what I learned on my first wine-related trip to Hong Kong and Singapore was that, whilst the Far Eastern wine market almost certainly has more to come in terms of sheer demand, there is a great deal of maturity in terms of the palates of our customers. I was, indeed, shamed on more than one occasion by the knowledge and experience on hand.