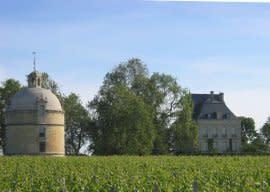 Chateau Latour releases the first of its mature ex-chateau stock Having announced last year that 2011 would be the last vintage to be offered en primeur, Ch Latour made a first release of older stock from its cellars in March, in advance of the forthcoming en primeur campaign. The 1995 vintage of the Grand Vin was released along with 2005 Forts de Latour. Fears that pricing would be too expensive proved unfounded and take-up of the offer both at a negociant level and on the part of customers at FINE+RARE is indicative of the value placed by buyers on the superior provenance of this ex-chateau stock. The move has not, however, been unanimously welcomed in Bordeaux: the major negociant Millesima publicly refused the allocation, given concerns that the price may devalue stock previously released at a higher price from the chateau.

First growth prices rise  The price of first growths, in particular in off vintages, is moving upwards with Lafite leading the way. FINE+RARE’s market making system has indicated that prices for less highly regarded vintages of Lafite are trading at prices at least 5% higher than at the beginning of the year. It remains to be seen how the wider market for Bordeaux will be affected.

The first 2011 Ports are declared Late in the month of March, Sogrape – owners of Ferreira, Offley and Sandeman Port – became the first to make an official declaration of the 2011 vintage. They will release their pricing in May. The two main Port shippers, the Symingtons and the Fladgate Partnership, are also expected to declare in April/May. After the split declaration in 2009, 2011 will be the first general Port declaration since 2007.

The critics  Following Antonio Galloni’s announcement last month of his imminent departure from the Wine Advocate, news came out in March that the publication is suing him for fraud and defamation. Galloni has been accused of holding back his reviews on Sonoma which were scheduled to be published in the February 2013 issue. Galloni has posted a reply on his own new website denying any wrong-doing. In the meantime, Jeb Dunnuck, author of The Rhone Report, has been announced as the Advocate’s new reviewer for the Rhone, while Neal Martin will move from covering Spain to Burgundy. The identity of two further new recruits is yet to be confirmed. 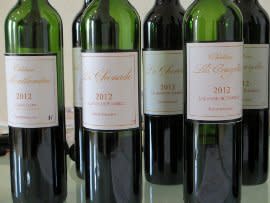