Editorial>wines>Jean-Marie Fourrier: Embracing The Future, Preserving The Past

Jean-Marie Fourrier: Embracing The Future, Preserving The Past

A real highlight on our trip to Burgundy this Autumn was a visit to a producer whom I have admired and collected for many years - Jean-Marie Fourrier. The first time I remember being bewitched by his wines was during the 2011 En Primeur tastings. In such an inconsistent vintage where many wines tasted green and astringent, his range of wines were a revelation; delightfully fruity, pure and elegant, every single one of them. The consistency in quality throughout his vintages over the last ten years, and no doubt beyond, makes him one of the most reliable producers in the Cote d’Or. On visiting him this year, I had to find out his secret.

Obviously there is no one thing that makes Jean-Marie Fourrier's wines so memorable, but rather a multitude of actions performed in the vineyard and winery that go some way to explaining how he produces the quality that he does. His winemaking philosophy is a fascinating combination of tradition and modernity, with a discernible nod to the future. There is an emphasis in working extensively in the vineyards, a commitment to only using old vines and vinification techniques that retain the purity of the fruit rather than affecting it. Yet he is not someone who is standing still after witnessing the obvious signs of global warming in the last 20 years. In 2017 he started to experiment with amphorae, which he believes will be the future in an ever-warmer Burgundy.

Before taking over from his father at the very young age of 23 in 1994, Jean-Marie worked as an apprentice under Henry Jayer, as well as a stint under the watchful eye of Veronique Drouhin at Domaine Drouhin in Oregon. It was during this time away from Burgundy that he realised how lucky he was to have vineyards in Burgundy and on his return was committed to putting all his efforts into improving the family's domaine and its languishing reputation.

Whilst there is no one secret to Jean-Marie’s success, he has a very clear philosophy that he has followed from day one. Firstly, following the traditions of his father and uncle, he only makes wine from vines that are 30 years or older, believing that until the vine develops a root system it doesn’t deliver flavour. All the wine produced from young vines is sold on to negociants. Secondly, he does not filter or rack his wines in barrel. He noticed that when you filter a wine it removes too much flavour from it. If you rack a barrel after 9 months you take out 7-9 litres of sediment from the wine; if you allow natural sedimentation of the wine and rack after 18 months you take out 4-5 litres of sediment, meaning the wine must re-absorb the sediment if you give it long enough, helping to retain maximum flavour. He also never stirs the sediment which could allow for the possible introduction of oxygen. Leaving wines on the lees, undisturbed, creates a reductive environment protecting the wines and with Pinot Noir’s light lees there is little concern for wines being damaged by reductive taint.

Jean Marie recounts an incident in 1985 when Robert Parker visited his father in the winery and recommended he invest in some new oak barrels. His father quite perturbed by a journalist advising a winemaker how to make wine replied “we make wine with grapes, not with barrels”. Parker was not a fan of the winery and did not hold back from saying so. Jean-Marie recounts that Parker said the same thing to Henry Jayer who took his advice and started to use 100% new oak from 1985 onwards. From then on Jayer’s wines received top scores, sending his reputation (and pricing) into orbit.

However Jean-Marie remains sceptical of the influence, stating that throughout the 1990s under such advice there was far too much new oak in Burgundy and that use of new oak was a mistake. It seems there was a middle path between these two extremes that Jean-Marie took. Parker was right that Jean-Marie’s father’s barrels were too old (15-20 years old) and that was tainting the wine, but at the same time Jean-Marie (like his father) wanted the grapes to do the talking, not the barrels. The solution was to use young but not new barrels. He now uses 20% new French oak barriques in all his cuvees. The only reason he uses any new oak is to replenish 5-6 year old barrels that need replacing. It is testament to his confidence in his oak regime that he uses exactly the same amount of new oak from his village wines to his Grand Crus, allowing the power and intensity to come only from the terroir.

In the last 20 years Jean Marie has witnessed enough change in Burgundy's climate to make him look at alternative approaches to cope with what the future might bring. He states that in the last 20 years elevage times in Burgundy have reduced by 2-4 months due to the ambient temperatures in the cellars being higher than they used to be. This also results in wines being bottled 2-4 months earlier than they were 20 years ago. It is believed that much of the complexity in a wine derives from elevage and the longer this period, the better. There is also less acidity in the grapes of Burgundy and too many over-ripe tannins in the fruit in a warm vintage. 2018 was the second hottest vintage in 60 years and for Jean-Marie it is only a sign of things to come.

Jean-Marie believes amphorae could be a key component in managing the warmer vintages. This is because they better preserve the freshness in the wines which will give the wines better longevity in bottle. They also provide more mineral character, more fruit clarity and generally produce a more austere profile. Jean-Marie believes the amphora has the same porosity as a barrel but doesn’t suffer the problems of bacterial contamination and can therefore be used over and over again (20 years plus). Also less sulphites are required than when using oak barrel. These are all key elements to protecting more volatile wines resulting from warmer vintages. For the moment Jean-Marie is still experimenting and in 2017 partially aged just his Gevrey-Chambertin 1er Cru La Combe aux Moines in amphora. He is still undecided whether to blend it into his final cuvee or whether to produce a separate bottling. In 2018 he is experimenting more widely.

It was a wonderful experience to taste through the 2017s from barrel at the domaine and they really were absolutely magical wines. Jean-Marie is incredibly enthusiastic about the 2017 vintage in general, stating that the 2017s have much more density than initially expected. Whilst there were some concern with over-cropping amongst certain producers, with Jean-Marie only using very old vines his production every year is naturally very low.

He believes his 2017s have real intensity and depth that will be reinforced over time. It is a very classic vintage full of freshness and the quality of the fruit is outstanding. He goes on to call it the "smart buy" vintage, due to the excessive hype surrounding the 2018s (as with the 2015 vintage) and following on from the low quantity 2016s. For someone who could sell his wines ten times over, his opinion is one I would trust. 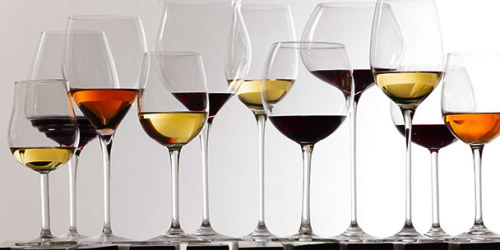 The Top Wines of 2018 - According to the Critics