"Proprietress Isabel Ferrando has taken her Saint Prefert estate to France’s highest level, and she’s unquestionably making some of the most profound wines on earth today, including both reds and whites."

So said Rhone expert Jeb Dunnuck on release of the 2016 vintage. The names Isabel Ferrando and Saint Prefert have indeed become synonymous with Southern Rhone of the highest order. When praising the quality of other producers, they are increasingly being held up to Saint Prefert as the benchmark, in the same breath as legends such as Rayas and Henri Bonneau. But how did this stratospheric rise to winemaking fame and respect come about? After all, up until 2003, Isabel Ferrando was not even making wine, but pursuing a successful career in banking.

Isabel Ferrando grew up in Provence and was always in love with the special scents and tastes of Southern France. When she had her daughter, the life of finance no longer seemed as satisfying and she yearned for a way to reconnect with nature. Chateauneuf du Pape called to her, and luckily in 2002 an opportunity to buy the small Domaine Saint Prefert, with its 70 to 100+ year old vines. She also managed to get some rather good training from the legend himself, Henri Bonneau. Since then she has been focusing on deepening her understanding of the Chateauneuf du Pape terroir, converting to organic and biodynamic practices, honing her methods and the style she seeks in her wines and discovering the true identity of Saint Prefert.

Ferrando's wines were received with great fanfare from the start, and on both sides of the Atlantic. Some have credited her ability to create top wines that will appeal to various palates - the herbal, perfumed, quintessentially Provencal garrigue style of August Favier (popular in France and the UK) and the more luxurious, silky Charles Giraud - a repeatedly 100 point scoring wine loved in the US but also the world over. The latest 2017 vintage release Charles Giraud received a potential perfect score from Jeb Dunnuck; sadly it was a particularly small vintage, and we sold out even before the wines were shipped. Her whites are also receiving increasingly high praise. Reviewing the 2017 vintage, Vinous's Josh Reynolds writes that "Isabel Ferrando’s white Châteauneufs have quickly risen to the upper tier of the region for their elegance, focus and energetic character".

We caught up with the woman behind the label to get an insight into the most recent vintages in the Southern Rhone and to ask how she sees her own immense personal achievements and what aspirations she still has.

Can you describe the styles you desire to achieve in your white and red wines?

On the whites we are looking for freshness, tension, balanced wines and a nice acidity, limestone powder texture, dynamic and gentle. On the reds we want fruit, concentration, silky tannins, wine with body and a fatty side, and good depth.

What is special about the terroir of the estate?

The terroir is made up at the top level of big stones called galets roulés, then gravel clay and sand. We have calcium deposit which brings minerality to the wines, as well as length. Sand brings freshness, finesse, silk and fresh structure.

How important is vine age in the wines?

Have you always practiced whole bunch fermentation or increased this over time? How do you ensure it is successful for the style you want to achieve?

We have been practicing whole bunch fermentation since 2009. Stems bring minerality, noble bitterness, and length.

What have been your biggest influences in winemaking?

I learnt how to make wine from two great individuals: M. Ay from Raspail Ay in Gigondas and Henri Bonneau in Chateauneuf du Pape. They have definitely influenced my way of making wines, my understanding of the Chateauneuf du Pape terroir, and the identity of southern wines. They taught me how to convey the singularity of the place.

What have you been working on most to perfect in the vineyard and cellar, is there anything you are most proud of or glad you have learned?

We studied our terroir, started to do mass selection to keep authentic varieties and start our conversion to Biodynamic wines. We are working on the “Saint Prefert” identity.

Which vintages of Saint Prefert would you like to be drinking at the moment?

Are there any regions and producers outside of Chateauneuf du Pape that you particularly enjoy and admire?

I love Burgundy. They produce such elegant wines. My favorite wine is Chambolle Musigny – Les Amoureuses.

What have been your personal highlights in your time since becoming a winemaker, and in recent years?

There have been many milestones:

2009: mass selection on our Mourvèdre vines with Henri Bonneau

2015: mass selection on our oldest varieties

2019: conversion to Biodynamic and construction of our new cellar

2015 and 2016 were great vintages in the Rhone. How does the 2017 vintage compare stylistically and in terms of quantities and what can we expect from the 2018 vintage?

2017 is a charming vintage, with a delicate and fine mouthfeel.

2018 is a deep and opulent vintage with a silky texture.

If you had to sum up your winemaking philosophy in one word, what would it be?

The 2017 vintage releases are available in limited quantities, please contact your account manager to receive an offer. 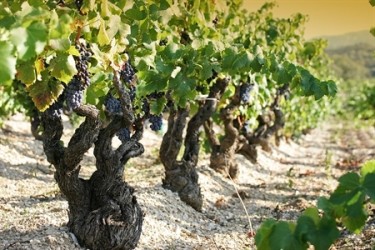 The Most Iconic Rhône Wines