Vosne-Romanee Premier Cru 'Les Malconsorts' is often regarded as the domaine's flagship cuvee, due to the large 1.75 hectare holdings of the vineyard. It makes the domaine the largest proprietor on this historic site which neighbours the Grand Cru of La Tache. 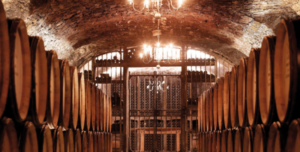 Albert Bichot is a great example of a large negociant producer who has made significant improvements to their operations (particularly with regard to the Clos Frantin wines). Following reduction of yields, careful extraction, prudent whole bunch fermentation, cold maceration and sensible use of new oak, the wines produced can now compete against those from some of the very best producers in Burgundy.

The Albert Bichot enterprise has remained a family owned business since its conception in 1831. Representing the sixth generation, Albéric Bichot heads up the domaine today. In the past, negociants have remained largely out of the limelight. However, with many independent vignerons choosing to bottle under their own domaine names throughout the 80s and 90s, as well as questions over consistency, negociants have had to up their game to remain in it. Over the past few years, Albert Bichot has been on a steep qualitative upward curve - alongside Louis Jadot, Joseph Drouhin and Faiveley - and now represents an excellent quality-to-price ratio. The Domaine du Clos Frantin wines are some of the very best of the lot...