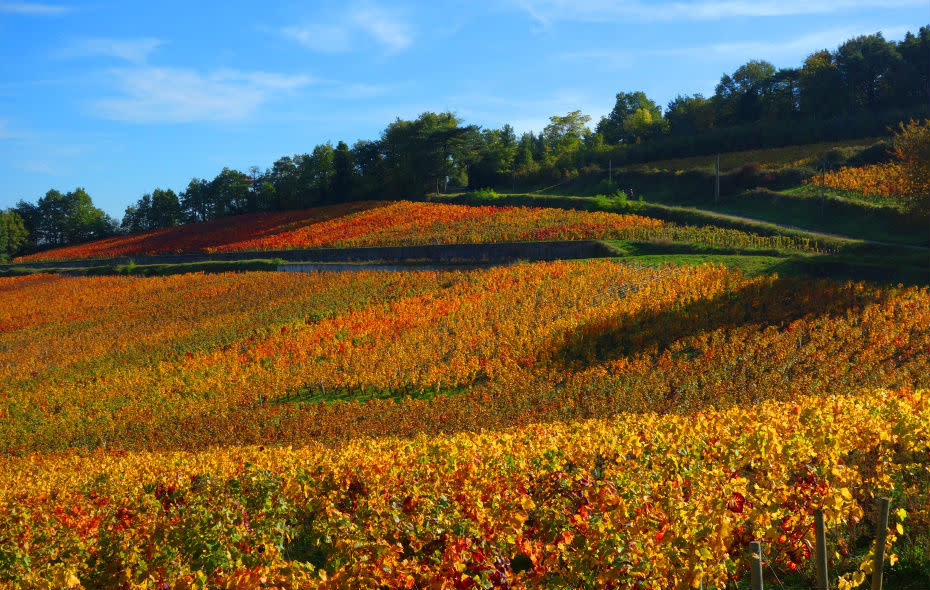 Over recent months we’ve made several forays over to France to get a sense of the upcoming Burgundy 2016 En Primeur campaign. Read on for our initial findings… 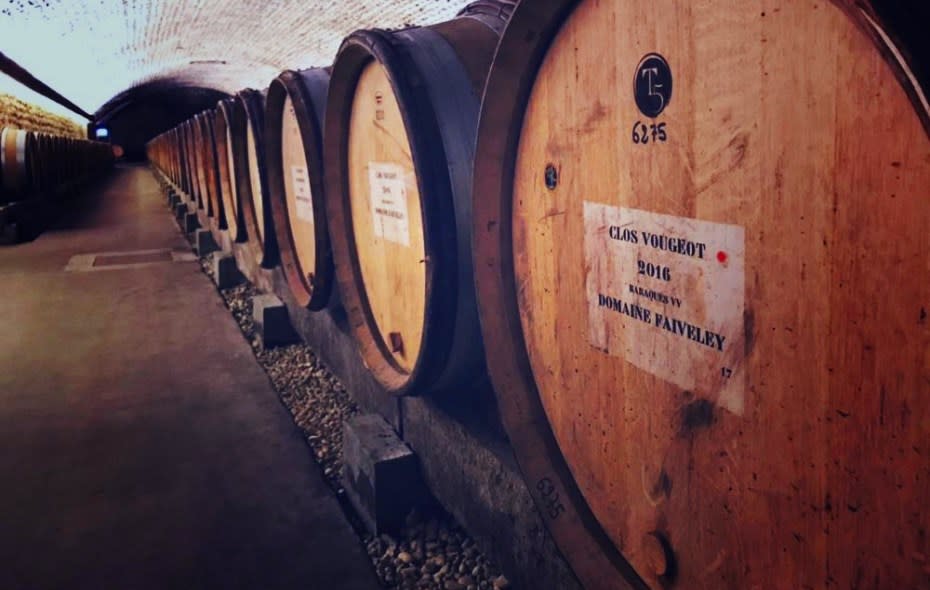 On our travels the winemakers have described Burgundy 2016 as a “super bon millésime”, and what we have tasted to date bears testament to that…

What should you buy?

Your favourite producers will have made some truly superb wines in 2016, but you will need to secure them quickly as yields are very low in some areas. Therefore, this may not be a vintage to wait for the critics to release their scores, as by the time they do, the wines might already be gone. If you have specific producers you are keen to source in this vintage, please make sure you've registered interest here.

Due to the limited availability, FINE+RARE has been buying entire casks that we consider to be of exceptional quality, so you have the opportunity to access them. We have already sold out of a Louis Jadot’s Chassagne-Montrachet Premier Cru Cailleret, a “sculpted and intense” wine of which Andrew Jefford said “the quality of the vineyard sings out”. It looks like Jadot's Chassagne-Montrachet Premier Cru La Romanée is going to follow suite, with only a handful of magnums remaining. This sets the tone for the campaign, availability will be fleeting for top wines.

When it comes to Burgundy 2016, as Jancis Robinson has already put it: “generalisations are impossible due to the complicated meteorological patterns throughout the year, creating very varied conditions in each sub region.”

However, from what we have tasted so far, particularly in the Côte de Nuits, 2016 has produced some genuinely exceptional wines. As Steen Öhman of Winehog notes: "It is preferred to the 2015s by many producers due to the cool and more classic style of the 2016 vintage." While the 2015 reds were defined by their energy and richness, you may have to wait some time for them to reach their peak. However, the 2016s are incredibly approachable and fruit-driven from barrel, displaying finesse, purity, immense depth and concentration. The low yields have hugely concentrated what remained, not great news for the winemakers because of the low volumes, but good news for Burgundy drinkers who like a fruit-driven style.

2016 appears to be a vintage in which terroir and classification are clearly delineated. While many of the village wines were excellent, the Premier Crus represent a noticeable step up in 2016, and the Grands Crus that we have tasted have been a masterclass. The quality of Echezeaux is truly stunning and Clos Vougeot – which can be sometimes be patchy due to its size and variety – appears to have had an outstanding year. Gevrey-Chambertin and Morey-Saint-Denis also really impressed our team.

As has been widely reported, yields are markedly down, in some cases as much as 70% down. We have witnessed cellars that were stacked double height last year, but were barely half full with this latest vintage. However, this is not uniform. Faiveley has reported being largely unaffected, their yields are just slightly below average. The Côte de Nuits don’t seem unduly worried; however the Côte de Beaune is a different story. This is clearly a vintage to choose carefully; Steen Öhman warns of variation, particularly at the lower end in some areas, but describes it as a "complex and rewarding vintage."

Some producers to watch

Steen Öhman wrote that his "first two days of tasting have confirmed the very fine quality of the 2016 vintage", and following our latest visits we have to concur. Although not an exhaustive list by any means as we will be tasting more, but from what we have tasted so far we consider the following to be worthy of very serious consideration when the Burgundy 2016s are released:

The winemaker compared 2016 to 2009 and 2010, but believes it has the potential to be better than both. A step up from the exceptional 2015s, the whites are clean and precise with good energy and deep richness. The reds were superb across the board, we expect them to be very well received by the critics. Nuits-Saint-Georges Premier Cru Aux Chaignots showed excellently and interestingly is one of only two cuvées to be made from 25% full bunches, the other being Musigny. Faiveley's favourite wine of the vintage was the Grand Cru Latricières-Chambertin, so definitely one to keep an eye out for.

Again, another domaine showing a significant step up this year. The oak has been dialled back allowing the excellent fruit to shine. Echezeaux was a standout, but is 50% down. Grand Echezeaux was 50% down also and Clos Vougeot was 25% down. Meanwhile Clos Vougeot Grand Cru ‘Musigni’ and Richebourg were excellent. 2016 is the first vintage where the vinification was conducted without sulphur.

High quality holdings around Morey-Saint-Denis and Gevrey-Chambertin and no quantity shortage. This domaine sells a substantial proportion to Joseph Drouhin (although this is reducing year on year as they bottle more and more themselves) and we believe it will offer good value in this vintage.

The cellars were worryingly empty, but the wines were incredible. The village Gevrey-Chambertin will be interesting as it contains declassified Premier Cru Les Combottes. Again, we predict outstanding wines and good value for money, but they are likely to sell out quickly. Watch out for the Bourgogne Rouge, for which 90% of the fruit comes from Gevrey-Chambertin.

Excellent throughout the range and even better than the 2015s. The definition of the terroir and classification here is startling in its clarity. They lost 70% of their Chambolle-Musigny in 2016, so this will be fiercely contested for. His favourite from the vintage is the 2016 Clos Saint-Denis (very well balanced on account of him having the most northerly and most southerly rows in the AOC), but we also found the Premier Crus from his hometown of Morey-Saint-Denis to be outstanding.

Outstanding across the board, as you would expect from Hudelot-Noëllat’s winemaker. Displaying purity, finesse and precision, these were some of the finest wines we’ve tried this vintage. Watch out for the Corton Renardes, a Grand Cru often overlooked, but it certainly should not be in this vintage. The winemaker’s favourite wine of the vintage was the Gevrey-Chambertin Premier Cru Les Fontenys, available in our mixed cases that are selling out fast.

A perennial favourite of Jancis Robinson's and many others. These traditional wines will need time, but will be excellent. Sadly only two barrels were made of the Chambertin rather than the usual seven, so this may not be commercially released.

The quality on display here was utterly breath-taking. Old vines and their always incredibly small yields meant they were largely unaffected by the fierce weather. They were quite simply some of the finest wines we’ve tasted to date and should not be missed. The cellarmaster Etienne’s favourite was the Grand Cru Clos de Beze in 2016, so is a top tip to look out for.

The second highest vine owner in Pulighy-Montrachet. The quality is demonstrated by the fact that Joseph Drouhin owns very few vines in Puligny-Montrachet, they source everything from Paul Pernot. High quality throughout the range and much more consistent than the 2015s.

Please make sure you've registered interest in the producers you want to source, so that we know what you are looking for.

Find out more about the vintage on our Burgundy 2016 En Primeur page. 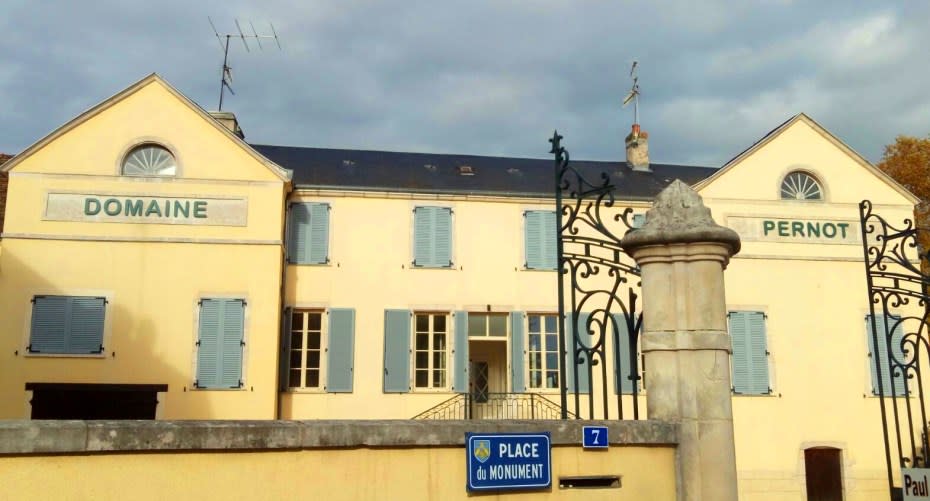 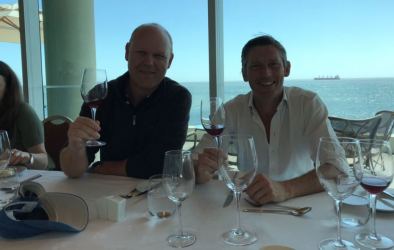