It’s like waiting for buses. None show up and then they all come at once. This has been the concertina effect that has come to epitomise the 2017 EP campaign in which most of the top Chateaux have ended up releasing their wines at the same time potentially each sabotaging the other in terms of maximising their exposure on release.

The en primeur kicked off with a bang with the release of Chateau Palmer on 23rd April with a good reduction on price and an improved score from the Wine Advocate meant for a promising start. Then a spluttering of releases and further price reductions kept the momentum going before the French holidays and VinExpo at the end of May brought the whole campaign to a halt. We all knew this would happen but then the following two weeks have seen a huge number of the top Chateaux releasing minutes after each other. With only so many offers going out in one day there is no doubt some of the Chateaux wasted their opportunities. If half of them had released before Vin Expo the momentum for the whole campaign could have been raised and many more of the Chateaux could of increased their exposure on release.

This week all the First Growths came out with 18% reductions in price compared with their 2016 release price, which considering the quality this year of the likes of Lafite and Mouton, was a popular and welcome decision. Lafite’s 1st tranche sold out very quickly.

Two of the four Premier Grand Cru Classes also came out this week but without the price reduction we are coming to expect from the 2017s, this did not fuel the interest of many. Chateau Lafleur have led the release of the iconic Pomerol garigistes, and also as expected sold out very quickly. La Mondotte reduced their price by a huge 40%, which was the biggest surprise success of the week. All in all, most of the releases in 2017 are now out, which may come as a relief to many. Next week we expect to see the last major week of the campaign with huge expectation resting on the releases of Chateau Ausone, Cheval Blanc and Vieux Chateau Certan arguably some of the top performers in 2017. 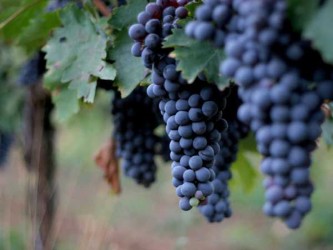