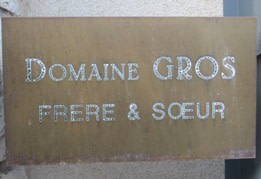 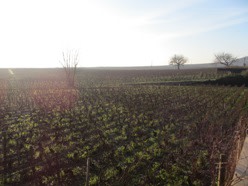 Bud Cuchet, Camilla Bowler and I spent a hectic week in Burgundy at the beginning of December. The mission was twofold: firstly, to establish the quality of the 2011 vintage, much of which will be offered in January and secondly to sniff out some quality producers. We returned rather pleased on both counts.

The 2011 growing season in Burgundy was as upside-down as it was in Bordeaux. At least two growers quoted “summer in spring and spring in summer”, which was the strapline for the Bordelais earlier this year. The wines, however, were a pleasurable surprise.

A question that many winemakers hate, yet always seem to answer in a practised manner is: “which vintage would you compare this with?” Some were more bullish than others. We heard “a cross between 2009 & 2010” more than once; a more realistic “between 2007 & 2010” more often. Personally I would say that the very best reds (and there are many lovely wines in 2011) combine the best from 2007 in their open, forward fruit, 2009 in lush fruit and 2010 in balance. These were lovely and very easy wines to taste (in spite of the cold). 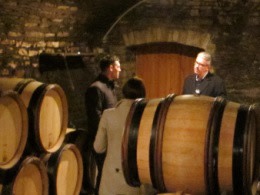 The whites are again highly attractive wines for drinking rather than keeping. The hallmark of the vintage here is that there doesn’t seem to be a hallmark. The wines are not marked by an excess of weight (2009), acidity (2008) or extract (2010) and are all the more delicious for it. As ever the quality was mixed but we tasted some truly beautiful wines, many of which will need little time to soften out – this is a vintage that will drink well “straight off the boat”. In terms of appellation, no particular area seemed to win above all others as far as the whites are concerned, though the Chassagne-Montrachets we tasted maybe did have an edge and Antoine Jobard’s impeccable Meursaults fought well for their team.

Looking more closely at the reds, the Côte de Nuits and Côte de Beaune seemed to be of more or less equal quality. Clos Vougeot seemed to stick out as being a particular success in the Côte de Nuits, as did Beaune itself in the south. We were fortunate enough to taste quite a selection of mature Beaunes over the week – indeed it became something of a theme – and we came away with the belief that this relatively unfashionable appellation is something of a bargain: truly great Beaune from the best vineyards really is impressive, ages impeccably well and has a chunky signature all of its own: if Volnay is Chambolle’s twin, then Beaune is perhaps Gevrey’s.

As is written and repeated everywhere, producer is key to Burgundy. Vineyard ownership is split between hundreds of growers – there are approximately 80 different owners of Clos Vougeot for example – and each grower has different levels of investment, inclination and, of course, ability. 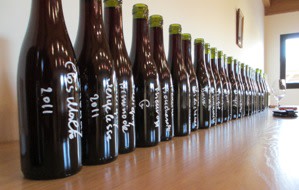 The biggest producers are of course the negociants and here too there is variation. Both Jadot and Faiveley have made a success of the vintage: Jadot’s consistency across the board is remarkable and the improvement in quality at Faiveley continues. A visit to Remoissenet was an eye-opener to say the least and we hope to offer wines from this grand old name later in the year, if not in January. Of the micro-negoces, Nicolas Potel at Maison Roche de Bellene has hit a winner with wines of class, identity and precision; Pascal Marchand’s selection also impressed in a lighter, more laid back style.

Of the growers we were particularly impressed with the Gros clan: the flashy and polished Vosnes from Gros Frere & Soeur match the surroundings perfectly (Bernard Gros’ tasting room really is a sight to behold); the more delicate wines from Anne-Françoise are totally different in style though equally impressive. At Domaine de Montille we were not only greeted by a 100 point Jambon Persillé, we tasted some highly impressive wines – Etienne de Montille has been making excellent wines here for many years, though the conversion to biodynamics in 2005 really seems to have put the quality here into overdrive. These are very, very special wines.

In short, 2011 is a success for Burgundy, the reds particularly so. The wines have charm, plump weight, definition and this is a real “millesime de terroir” – Chambolle was Chambolle, Vosne was Vosne and in Nuits St Georges the difference in style between the southern and northern vineyards is particularly pronounced. This, and the sheer charm of the wines – these are wines that beg to be drunk – is perhaps the hallmark of the reds. The whites, whilst not necessarily for long term cellaring, are delicious, easy wines.

2011 is another short crop for reds and 2012 looks to be even smaller. Some vignerons face a genuine struggle over the coming year and we may see some price rises for both vintages. Thankfully the Burgundians appear to value a stable market more than some of their fellow countrymen and any rises will hopefully be reasonable. Moreover, given both Burgundy’s individuality and small production, even the most expensive of grands crus appear a bargain when compared to some of their counterparts further west. 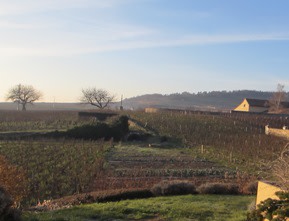