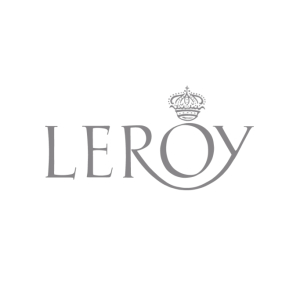 A marine aura surrounds Bize-Leroy’s 2007 Romanee-St.-Vivant as it had this year’s Corton Renardes and several other of her wines, although in the present instance, that is more to be expected. Dark berries and dark, mossy, humus-rich forest floor; saline, crustacean-reduction, and oyster flesh mineral-animal savor; sweetly ripe raspberry, all follow from the nose across a sumptuously rich palate, and into a prodigious, saliva-inducing finish. A trace of warmth (rare in the present collection) doesn’t detract noticeably from what is an extraordinary performance. Follow it over the next 20 years. ||The results Lalou Bize-Leroy achieved in 2006 – as I wrote in my previous red Burgundy report – were especially notable considering the misgivings she expressed early on about that vintage. She appeared more enthusiastic early on about 2007, but in this instance it’s far from merely notable – frankly, it’s utterly improbable – the richness and complexity that the Leroy team has achieved, especially considering that harvesting began here already on August 27! This collection is quite distinctive even from the very few others of its vintage that come even remotely close in quality. These 2007s display a sense of effortless effusiveness, primary juiciness, and – I don’t know how to put this less nebulously – elegance and in the best instances transparency, contrasting with the impressions of tumescent ripeness, coagulation, and new wood veneer that in some vintages accompany the profound richness of Leroy reds. As usual, the wines were all bottled in December, which at least in this vintage seems less difficult to reconcile with their exceptional quality than it does in vintages like 2005 or 2008, when so many of the other top practitioners of red Burgundy emphasize the need for longer elevage. Extremely low yields are of course also a common denominator among Bize-Leroy’s collections, although in the challenging 2007 vintage, she had somewhat more company than usual among fellow-vignerons in the roughly 20 hectoliter-per-hectare range. (And that was bounteous compared with the 13 hectoliters per hectare Bize-Leroy reports having managed in 2008, a vintage from which she did not want to show her bottled wines until June of this year, so that I shall publish notes on them in my follow-up to the present report.) Wine Advocate.June, 2010