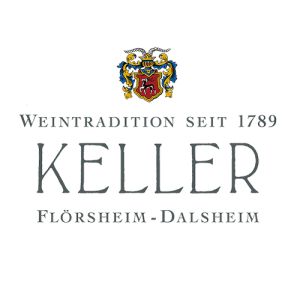 Lemon oil, pineapple, apricot, kirsch, rowan, linden flower, and nut oils truly haunt the nose – and taster! – of Keller’s 2008 Riesling G-Max, a bottling that as usual reflects a parcel whose precise identity he prefers not to divulge. Wafting inner-mouth perfume of flowers and spirit-like pit fruit essences hover over a dynamic interchange between the succulent, fleshy side of the pit fruits with a diverse cast of mineral nuances (salt and chalk being most obvious). The finish positively tugs at your salivary glands and sets up a vibratory, chordal sense of interactive floral, mineral, and fruit complexity while at the same time the sense of sumptuous palate saturation and of what Germans call “extract sweetness” is awesome. In this magnificent example one perceives the stylistic distance that Keller has traversed in seven vintages of G-Max, which arguably began its career closer to the sort of power wine from which he has since distanced himself. I’d plan on being able to follow this for at least 12-15 years. "Two thousand eight is my vintage," proclaimed a delighted Klaus-Peter Keller, by which he meant a vintage designed to enhance the virtues of finesse, interplay Spiel, and elegance of which he has become an increasingly vocal partisan in recent years. The extra measure of refinement, flavor-delineation, and transparency as well as consistently lower alcohol that Keller is lately achieving in his dry Rieslings clearly point toward his enormous respect for the wines of Donnhoff and Schonleber on the Nahe, just as his Pinots – whose quality would shock most French or American tasters into a sudden recognition of Germany’s red wine potential – owe much to the inspiration of Chambolle’s Frederic Mugnier. (Keller regularly visits Burgundy to taste, study, and trade wines with growers. For more about his recent Pinots, see my report in issue 185.) When it comes to sweet wines – where he sets sights by the low-alcohol, feather-light, and uncannily-balanced results at Prum and Schaefer; Muller and Zilliken – Keller is certainly out of step with most of his neighbors and VDP Rhine compatriots, and in my experience has further to travel to reach his ideal. Whether his sites rather than he are a limitation in that genre – they could certainly not be much more different than steep, slate slopes – remains to be seen. But judging by the unfortunately few from among the latest crop of sweet wines that I tasted, these appear to represent a steady advance in quality similar to that perceived in the latest dry Rieslings and Pinots. (I also did not get to the estate’s non-Riesling whites this year.) Keller is not one to rest on received opinion, even when it comes to the widespread reverence among top-notch Riesling vintners for low yields and rigorous selection for maximally homogeneous grapes. “It’s meant well,” he insists, “but in my opinion can easily lead to wines that are too powerful, too concentrated, too one-dimensional, and no longer authentic: little Riesling monsters so hefty that they can no longer walk under their own steam.” There is no need to worry about the agility with which Keller’s wines walk his talk! Indeed, “dance” is the ideal word for what the best of these 2008s do on your palate. “When you tasted the grapes,” remarks Keller by way of explaining his harvest approach, “you realized that you just had to wait. By mid-November, you had a completely different set of aromas and flavors than before.”