This is so sexy with superbly polished tannins that gives the wine super length and definition. Compacted and tight. Full body, tight yet flamboyant at the same time. Loving it. Mar 2016, JamesSuckling.com

The 2015 Rauzan-Segla is a blend of 63% Cabernet Sauvignon, 33% Merlot, 3% Petit Verdot and 1% Cabernet Franc cropped at 40 hl/ha between 10 September with the young Merlot vines and finishing with the Cabernet Sauvignon, which was picked between 22 September and 9 October. It is matured in 65% new oak for around 18 months. It has a very intense, almost crystalline bouquet with blackberry, briary, flint and just a touch of violet petal. There is incredible delineation here and the new wood is seamlessly integrated. The palate is medium-bodied with extremely fine tannin, perfectly judged acidity, otherworldly purity and a mineralité rarely seen in this Margaux estate. This is a brilliant Rauzan-Ségla, not necessarily more powerful than previous vintages, though enhanced by its precision, frisson and energy, perhaps longer on the finish. Winemaker Nicolas Audebert has conspired with the benevolent growing season to produce a benchmark wine for the estate. Apr 2016, www.eRobertParker.com, Drink: 2027-2060

The 2015 Rauzan-Segla (Rausan-Segla) is a blend of 63% Cabernet Sauvignon, 33% Merlot, 3% Petit Verdot and 1% Cabernet Franc and was matured in 65% new and 35% one-year-old barrels for 18 months. Medium to deep garnet-purple colored, it gives up a myriad of softly spoken fresh berry, floral and fragrant earth notes, including crushed red and black currants, black raspberries and menthol notes with touches of cigar box, lavender, violets, smoked meats, black truffles and chargrill. Medium to full-bodied with a firm frame of very finely grained tannins and seamless freshness, the palate possesses an arresting quiet intensity of many tightly wound, subtle layers, finishing on a lingering mineral note. Very polished and precise, this Rauzan-Ségla is truly a triumph!

The 2015 Rauzan-Ségla is simply magnificent. Rich, powerful and intense, the 2015 exudes class. The flavors are dark, sumptuous and wonderfully expressive. In many ways, the 2015 captures both the finesse of Margaux and the intensity of the year. Specifically, the combination of power, freshness and delineation is compelling. The 2015 was blended just 4-5 weeks before I started tasting it. Over the course of two weeks the wine seemed to gain quite a bit of volume and depth. The 2015 is an intense, rich wine. It is also totally compelling. Don't miss it. Tasted four times. Apr 2016, www.Vinous.com

A delicious wine from this good value château, which has touched new peaks in recent vintages. Scented, balanced and very pure, with plum and cassis fruit, stylish oak and the tannic structure to age further in bottle. One of the wines of the appellation. Apr 2016, www.timatkin.com, Drink: 2022-2032

Juicy and bright, with lots of energy to the red currant and plum fruit, laced with savory, iron and black tea notes. A velvety edge pulls the finish together. Shows good character, with less reliance on flashy oak. Mar 2016, James Molesworth, www.WineSpectator.com

Very dark. This is turbo Margaux! By which I don’t mean that it's forced but it has extraordinary concentration and impact. Very much set for the long term. Juicy and chock full of fruit that almost disguises the tannin. Amazing persistence. Apr 2016, www.JancisRobinson.com, Drink: 2025-2040 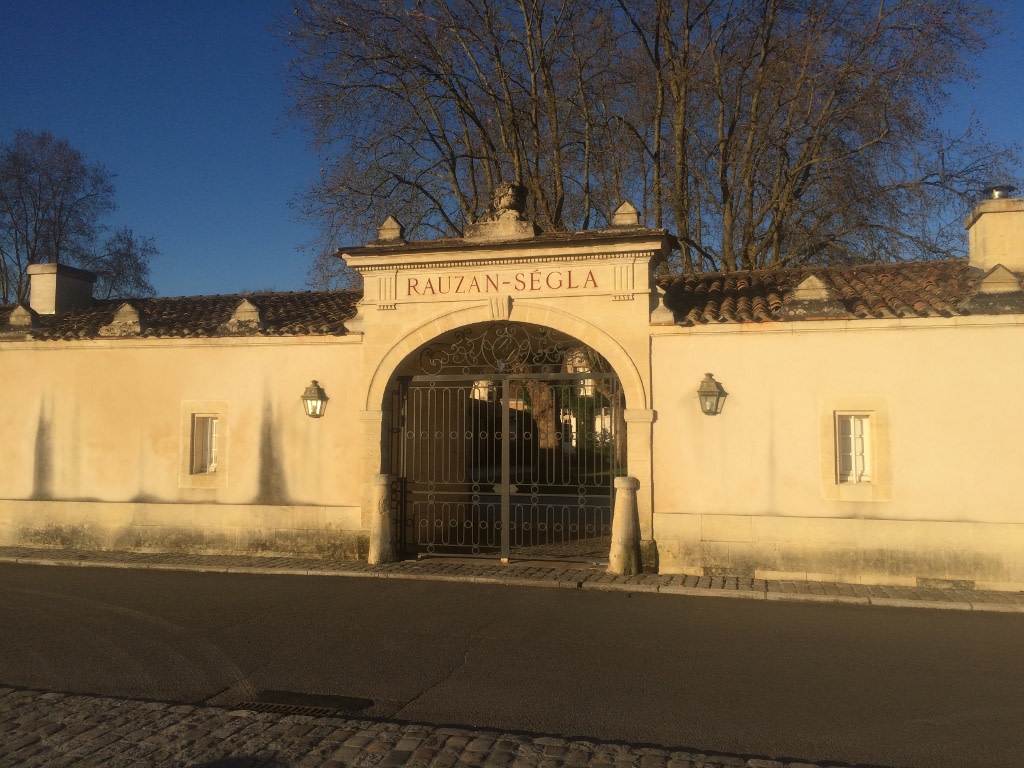 2014: THE F+R PICKS. CANON AND RAUZAN-SEGLA
Rauzan-Ségla There are 43 kilometres between Chx Canon and Rauzan-Ségla along with both the Garonne and the Dordogne rivers.  It may seem a little odd to mention the two together though they are two brothers from different mothers, and both are at the top.  They share ownership in the Chanel Group and, until later this year, they share the direction ... 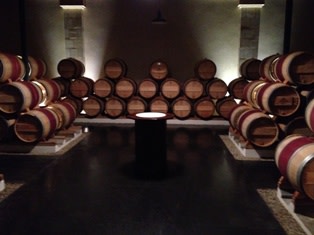 Harvesting at Chateau Rauzan Segla 2013
2013 has been a challenging vintage for most of France. Much of Bordeaux has been affected by storms earlier in the year, resulting in considerably lower yields for many. Luckily, at Rauzan Segla not too much of the crop was lost. This has helped the chateau overcome what was looking to be another major concern for the vintage: rot. The ...

Interview with Nicolas Audebert – Chief Winemaker at Chateau Rauzan Segla, Chateau Canon and Chateau Berliquet
The Rauzan Segla 2018 has been met with rave reviews. At what point did you feel you had made a special wine? It is a long process in a technician's mind as the picture of the vintage is getting clearer and clearer from the picking to the “dégustations d’assemblage” (blending tastings).  Each vintage gives me a particular emotion, the ...
BY Gavin Smith, 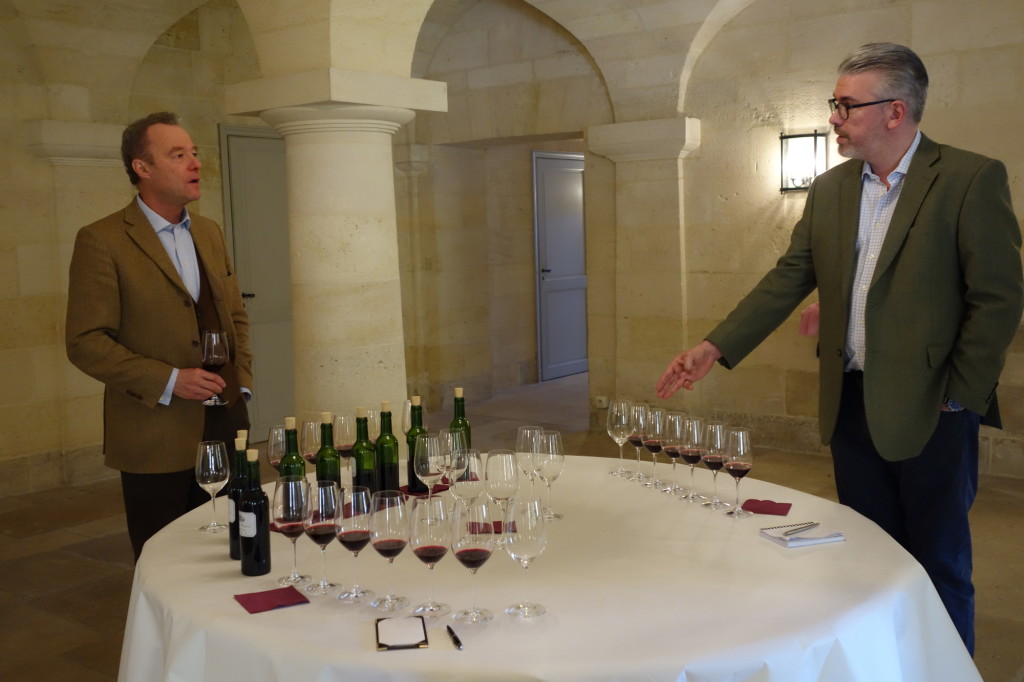 Bragging Rights: 2014 Margaux
In terms of bragging rights our annual tasting at Margaux is very, very, hard to beat. This is the third February (and Bud Cuchet’s fourth) that I have visited Bordeaux and, in particular, visited Chateau Margaux for what is an eye-opening tasting of some of the component parts of the blend of the previous year’s vintage – in this case ... 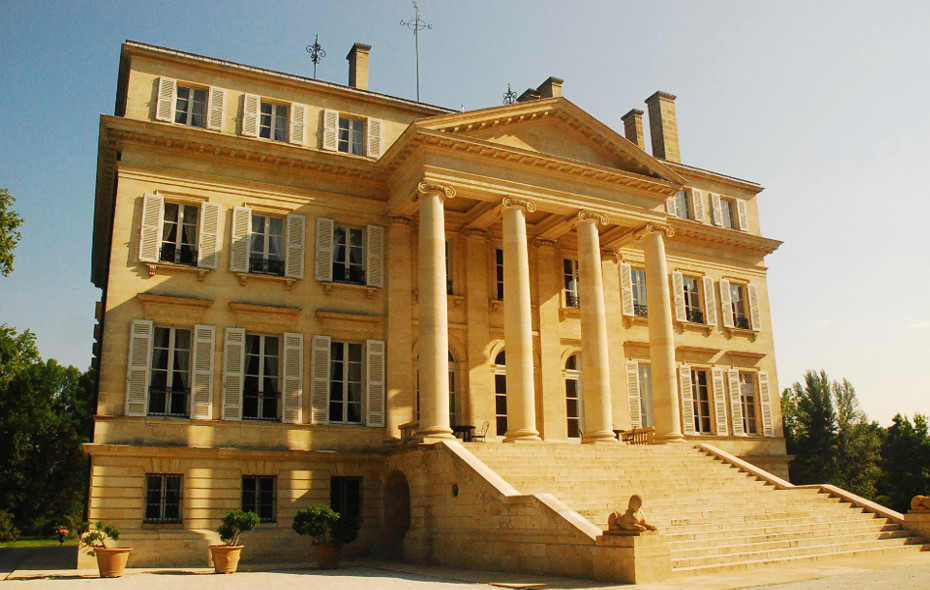