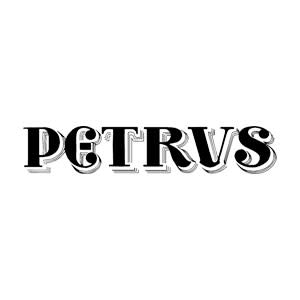 The fabled 1961 Petrus is a wine that I know an awful lot about, but never tasted myself. Indeed, it was researching my Pomerol tome that I came across the almost accidental and fortuitous circumstances that surrounded its birth. As always with bottles such as this, I inspected the bottle meticulously, not just the label but the glass, the capsule, the residue inside the capsule, the cork and finally the wine, notwithstanding enquiries about its provenance and juxtaposing directly with other bottles of Petrus tasted on the same day. And here we had context because it was served against a ex-chateau 1961 Palmer. Readers should also note that I showed Jean-Claude Berrouet images of the bottle, cork and capsule and he confirmed that to all intents and purposes, this was the real deal. Its color was commensurate with the vintage, deep at the core with think bricking at the rim. The 1961s have a telltale aromatic trait -- a distant seaweed/iodine-like tang that was present both here and in the 1961 Palmer. I did not discern a hedonistic Pomerol after 55 years, however, you could tell it must have been very concentrated in its youth with vestiges of black plum and blackberry. This marine-like scent ebbed away and the aromatics blossomed in a manner that all great Petrus do, the fruit changing slightly towards red in profile, mulberry and cranberry, all with bewitching delineation. The palate has exquisite balance; it is structured and with solid backbone, not foursquare but certainly more serious and less sensual than say, the 1964 Petrus. It has a wonderful, slightly grainy texture and it felt a little savory/cedar-like on the intense, sweet, luxuriant finish, perhaps those handful of Cabernet Franc vines influencing the persistent aftertaste with just a faint tang of bell pepper? It is a formidable Pomerol, even now in what I would describe as its middle age rather than dotage. As banal as it sounds, it was fundamentally a delicious mature Petrus of staggering beauty, a wine that articulates its age and vintage and place it was born with haunting clarity. Tasted September 2016. Oct 2016, www.robertparker.com