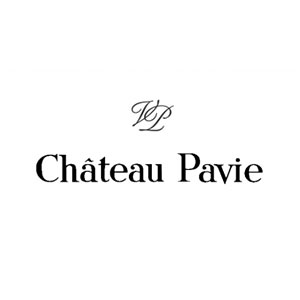 Certainly this was a wine born under considerable controversy, receiving accolades and kudos from me and several of my American colleagues, but generally excoriated by the British press. The French wine critics were very positive. This wine has calmed down considerably as it was a blockbuster, somewhat of a Bordeaux fruit bomb in its youth, and now has toned itself down to a serious candidate for one of the wines of this rather bizarre, but interesting, vintage. 2003 offered everything, from pathetically dilute and thin wines to some massive blockbusters. That was true especially in the Northern Médoc and from the limestone hillsides of St.-Emilion (where Pavie is situated). The color is a dark garnet, with a touch of amber beginning to appear on the edge. The wine has a stunning nose of roasted herbs, grilled meats, charcoal, blackberry and blackcurrant fruit, with some oak still present. Dense, full-bodied and very succulent and lush, this wine seems to be in late adolescence, ready to enter a relatively mature stage. There is always a suspicion because of the extreme heat in July and August that these wines will crack up very quickly, and certainly that will always be a worry, but this one looks set for at least another 10-15 years of drinkability.||| Pavie is widely acclaimed as one of Bordeaux’s greatest terroirs, of largely limestone and clay soils. Brilliantly situated with a sunny, southern exposure and exceptional drainage, Pavie potentially rivals nearby Ausone, the oldest and possibly the most famous estate in Bordeaux. Pavie’s other nearby neighbors include, Pavie-Macquin and Troplong-Mondot to the north, Larcis-Ducasse to the southeast and La Gaffelière and Saint-Georges Côte Pavie to the west. | Until 1978, previous owners rarely produced great wine, but of course that all changed with the acquisition of the 92-acre, single vineyard by Chantal and Gérard Perse. In short, they dramatically raised the quality. Currently, the vineyard is planted with 60% Merlot, 25% Cabernet Franc and 15% Cabernet Sauvignon, but the actual blend for each vintage tends to possess slightly higher amounts of Merlot. A perfectionist, owner Gérard Perse is flexible with the percentage of new oak, as well as how long the wine is aged in cask. Great vintages can get 100% new oak and spend up to 32 months in barrel. Lesser years are bottled after 18 months and see at least 30% less new oak.| There is no fining or filtration. The resulting wine has been considered one of the superstars of Bordeaux since 1978. eRobertParker.com.August, 2015