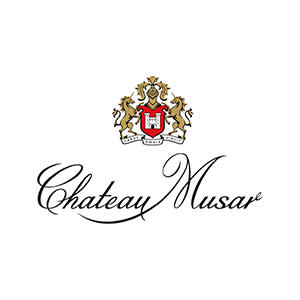 The 2004 Chateau Musar is an equal blend of Cabernet Sauvignon, Carignan and Cinsault. This is a rather civilized, laid back Musar. The complicated aging process is best described by the winery: “The wines spent nine months in cement vats and then a year in French Nevers oak barrels and the final blend of Cabernet Sauvignon, Cinsault and Carignan rested for another nine months in vats before being bottled?“ The winery describes this as a once-in-a-decade vintage where a heat wave caused notable increases in sugar content in a short time. I sometimes find that is a dangerous description of vineyard conditions with many risks for a winery, but it seems to have turned out well. If you’re comparing, it adds two layers of depth to the 2007 Hochar, although it is quite elegant and graceful in its own right. Most importantly, it has more of an obvious backbone even though it is late-released. Its balance, combining the nice fruit, elegant mid-palate, persistent finish and backbone, gives it a tightly wound, precise and focused demeanor. The tannins are not completely integrated, but not overly hard. They provided some welcome grip and vibrancy and never overwhelmed the wine. In the long run, they should serve this wine in good stead. Overall, it is an exceptionally graceful, somewhat modern and restrained Musar, bright, with that silky texture I saw in the Hochar reviewed this issue, while adding those layers of concentration. The cherry on top is the intensity of fruit flavor – bursts of delicious and juicy fruit on the finish, admittedly nuanced by some of the gamey notes I see here so often. Call it raspberry flavored, though, because the fruit is delicious. The gamey notes were in fact moderate and, at least for my taste, not an issue. As this rather subtle Musar aired out, I liked it more and more. I’ve had Musars that were bigger, burlier, more rustic and more astringent. Here, the subtle start was unremarkable, but it gathered steam, showed remarkable finesse and then won me over. This will certainly do better with food. Drink now-2021. Dec 2012, www.robertparker.com