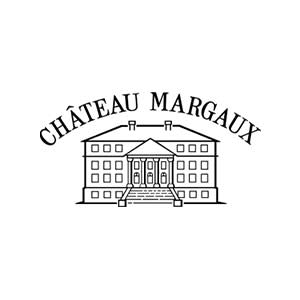 This is a stunning Chateau Margaux, made in a sexy, up-front, elegant style, with deep creme de cassis fruit intermixed with spring flowers, a solid inner core of richness and depth, but again, very sweet tannins as well as striking minerality and elegance. One of the most seductive Chateau Margauxs given its recent bottling, this blend of 87% Cabernet Sauvignon, 10% Merlot, and the rest tiny quantities of Cabernet Franc and Petit Verdot should drink beautifully for the next 25-30 years. Remarkably, a mere 36% of the entire production was selected for the 2008 Chateau Margaux. Robert Parker, Wine Advocate May 2011 This is a superb vintage for Chateau Margaux, and while it may be too early to say this, the 2008 appears superior to the 2007, 2006, 2004, 2003, 2002, and 2001. Only 36% of the crop was utilized and the yields were 40 hectoliters per hectare. An exceptionally late harvest for this estate began on October 3 for the Merlot, and finished on October 23. The final blend includes a whoppingly high 87% Cabernet Sauvignon, 10% Merlot, and dollops of Cabernet Franc and Petit Verdot. As always, the first characteristic one notices is the extraordinary floral component as well as the sweet black currant fruit allied to full-bodied richness, sweet tannin, and superb freshness and delineation. In many ways, the 2008 is reminiscent of the 1996, but the former wine is showing even more density and concentration than the 1996 did at the same point in its evolution. The 2008, which appears set for 30-40 years of longevity, is a remarkable effort from this great estate. [95-97 Points] Robert Parker, Wine Advocate April 2009