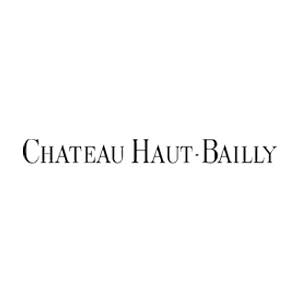 Deep plum/purple, Haut-Bailly’s 2010 required some coaxing to appreciate its subtle notes of barbecue smoke, lead pencil shavings and creme de cassis as well as its touches of pomegranate and forest floor. The oak is pushed far into the background and the tannins are extremely silky, but the intensity of the wine is profound and the finish lingers for close to 55 seconds. This wine is ripe yet delicate, powerful yet stylish, and essentially resembles a remarkable fashion design from a house of haute couture. This wine needs a good 7-8 years of bottle age and should keep for 40-50+ years. ||This quintessential example of pure finesse, elegance, harmony and delicacy is combined into a wine that lingers intensely with near-perfect poise and character. Haut-Bailly’s ethereal character is virtually unmatched in Bordeaux. Normally, general manager/winemaker Veronique Sanders fashions a blend that approximates 60% Cabernet Sauvignon, 37% Merlot and the rest Cabernet Franc. That was the exact blend of her 2009, and I doubt the 2010 deviates significantly from that. Wine Advocate.February, 2013