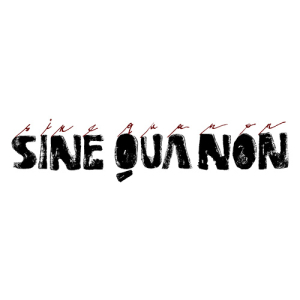 2007 Pictures Grenache: A blend of 87% Grenache, 11.5% Syrah, and 1.5% Viognier, this wine has wonderful floral notes intermixed with black raspberries, black cherries, licorice, graphite and some camphor. In the mouth, more white chocolate notes appear, along with meatiness and some silky tannins. Its great purity, density and richness make me think this wine could even improve a few points and flirt with perfection. This stunning wine should drink nicely for another 10-15 years. ||The conclusions I came to about this tasting may seem obvious just by reading the tasting notes. People forget that as famous as Sine Qua Non and both Elaine and Manfred Krankl have become over the last 15 years, their wines really only began to hit full world-class qualitative levels at the turn of the last century (2000). The vineyard sources have largely changed from Alban, Stolpman, Bien Nacido, Shadow Canyon and White Hawk Vineyards to primarily estate vineyards Cumulus Vineyard in Ventura County and 11 Confessions Vineyard in the Santa Rita Hills. In the future, Krankl’s newest vineyard in Alisos Canyon will be an additional component part. His meticulous craftsmanship and phenomenal attention to detail, both in the vineyard and in the winery, have been increasingly noticeable over the last decade. He seemed to hit full stride about eight or nine years ago, and what has unfolded since then is an absolutely brilliant succession of true works of genius, both in his expressive, sometimes slightly abstract artwork on the labels, to the meticulously crafted wood boxes in which the wines are housed. Of course, the most important thing of all, the actual wine itself, is both the beginning as well as the end for consumers, and where 100% of my focus and judgement are centered. Grenache, as Krankl would be the first to say, is by far the most challenging grape varietal to make majestic wine from, and unequaled in difficulty by any other grape in the world except Nebbiolo. That’s why we see so little of it from great terroirs. High quality Grenache exists in northern Spain, southern France, parts of southern Italy and Sardinia, and in southern Australia, but rarely in California. This makes Krankl’s achievement all the more remarkable. Regarding the article’s title, “Wasted” – I was so elated (by their quality) as well as depressed (because I couldn’t drink all of these elixirs) that it seemed as if too much wine had been “wasted.” On a light-hearted note, my condition once I finished the academic part of the tasting could have been described as “wasted” by those who still hold to the notion that alcohol is the demon drink.||Production ranges from 250-300 cases for the long barrel-aged Grenache to nearly 1,000 cases for the earlier released Grenache. Prices are in the $150-250 range from the winery. Tel. (805) 237-1231; Fax (805) 237-1314 Wine Advocate.August, 2011