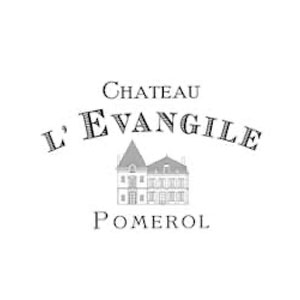 Tasted three times, this wine is closed, backward, and marginally less impressive after bottling than it was from cask. It is still an outstanding L'Evangile that may prove to be longer-lived than the sumptuous 1990, but perhaps not as opulently-styled. It remains one of the year's's top efforts. The dense ruby/purple color is accompanied by aromas of minerals, black raspberries, earth, and spice. The bottled wine seems toned down (too much fining and filtration?), compared with the pre-bottling samples, which had multiple layers of flesh and flavor dimension. High tannin in the finish and plenty of sweet fruit on the palate suggest this wine will turn out to be extra special. Could it have been even better if the filters had been junked in favor of a natural bottling? I think so, yet that being said, the wine's ferocious tannin level cannot conceal its outstanding ripeness, purity, and depth. However, do not expect this Pomerol to be drinkable for another 5-8 years, which is longer than I initially expected. Anticipated maturity: 2005-2020. Feb 1998, www.robertparker.com