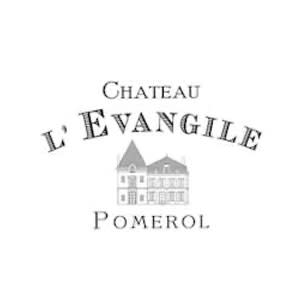 The 2017 L’Evangile is picked from 4 September to 3 October. There is no Cabernet Franc since it was frosted over (50% of the vineyard) and so Jean-Pierre Vazart said it is missing some of its power. He marked all the vines with different colors to indicate those affected so that none of the second-generation fruit was used for the Grand Vin. Yields came in at 20hl/ha and it is matured in 100% new oak. It has a deep inky purple hue. The new wood comes over quite strongly as it often does, perhaps missing the Cabernet Franc component to support that level of wood? There are light floral scents: wilted iris and violet that spring up with aeration although I would still like to see more terroir expression. The palate is medium-bodied with grainy tannin, mocha and dark chocolate on the entry with a fine bead of acidity. But I have a nagging question of whether a more prudent approach to the new oak might have engendered a more endearing L’Evangile, I was a bit disturbed by the level of wood tannin on the finish. I will be more than happy to upgrade my score if the tannin will be absorbed during élevage and with bottle age and I will be more than happy to upgrade my score.