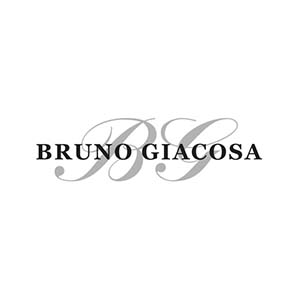 I remember paying what at the time seemed like a small fortune for bottles of Giacosa’s 1990 Barolo Riserva Falletto at Peck’s Enoteca in Milan. What I would give today to be able to buy more at the same tariff! The 1990 Barolo Riserva Falletto is one of Bruno Giacosa’s most towering wines. Period. Rich, layered and opulent, this mineral-driven, powerful Barolo covers every inch of the palate with masses of dark fruit, smoke, soy, plums, menthol, dried roses, pine and a host of other balsamic overtones. This vivid, kaleidoscopic Barolo is a reference-point wine readers won’t want to miss. As always, the Riserva Falletto is virile and authoritative in tone. Simply put, it its profound. Anticipated maturity: 2010-2030. ||Bruno Giacosa’s wines are well represented in my personal cellar, which was the source for the vast majority of these bottles. I have had the good fortune to taste all of Giacosa’s 1989s and 1990s from multiple sources over the last year, and therefore can report that these notes are representative of what readers can expect from well-stored bottles. I consider 1989 and 1990 – along with 1978, 1982, 1996, 2001, 2004 and 2007 – to be among Giacosa’s finest vintages. The bevy of Red Label Riservas in this article says it all. In 1989 and 1990 Giacosa produced an immense number of legendary wines. In fact, he is one of the very few producers who did exceptionally well in both years. In general the 1989s are a touch more layered and nuanced, while the 1990s are impressive for their massive concentration. If forced to state a preference, I would say 1990 gets the nod for its consistency from top to bottom, even if few of those wines reach the sublime heights of the very finest 1989s. Still, these are relatively small distinctions at this high level. Readers who have the opportunity to taste any of these wines should not think twice. By the late 1980s Giacosa had begun to move towards an enlightened traditional style with the introduction of the French oak casks he now uses exclusively. Fermentations and barrel aging, however, remained very much within the framework of traditional winemaking, resulting in a combination that was electric. Readers will note that many of Giacosa’s Red Label Riservas during this time were made in small lots (such as the 1990 Asili and 1989 Collina Rionda), and that for practical purposes those wines were aged in medium-size casks rather than large casks. Wine Advocate.February, 2010