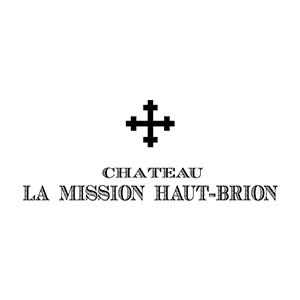 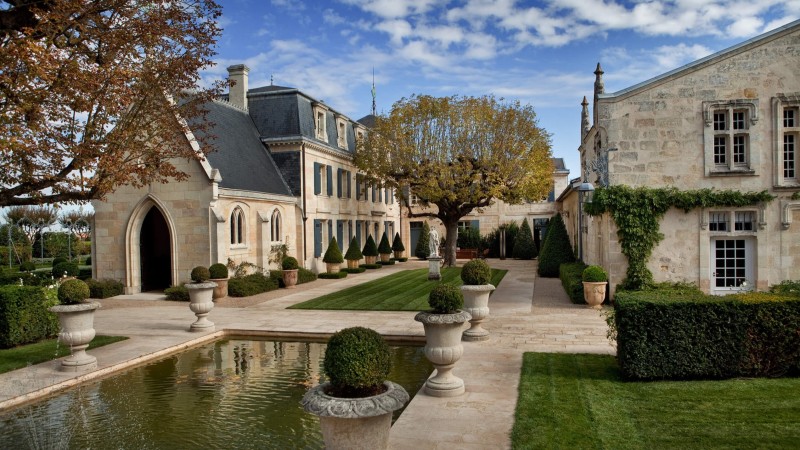 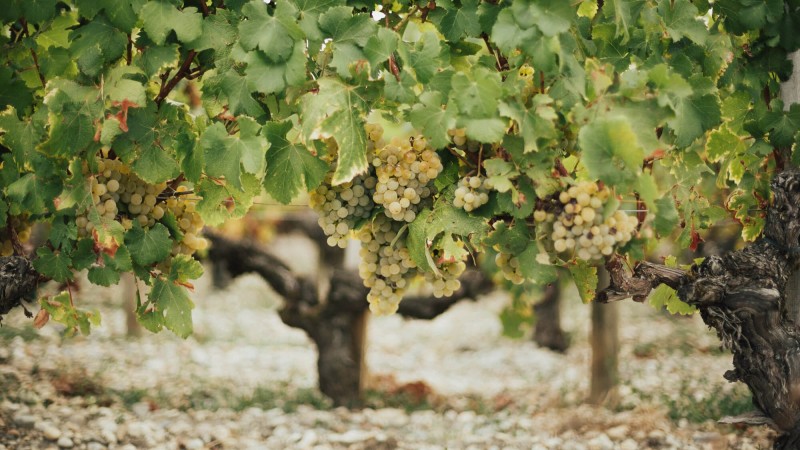 Since taking over the property in 1983 the Dillon family undertook a major effort to upgrade the estate. They initially focused on the vineyards. Substantial investments were made to replant vines on some of the finest gravel soil in Bordeaux.

Over the years, each and every plot of La Mission Haut-Brion has been replanted with the grape varietal best suited to it. These vines are now an average of 30 years old. The high vine density (10,000 vines per hectare) is conducive to intense wines whose hallmark is their unique charm. Starting with the 1991 vintage, a second red wine was created at La Mission: La Chapelle de La Mission Haut-Brion.

The vines that originally produced the second wine from 1991 have since aged, and now produce a wine of exceptional quality. However, another factor is also of great importance. In 2006, the vineyard of Château La Tour Haut-Brion, another estate belonging to Domaine Clarence Dillon, was integrated into that of La Mission Haut-Brion. Starting with this same vintage, all the grapes from La Tour Haut-Brion’s vineyard, a Classified Growth of Graves in 1953, went into La Chapelle de La Mission Haut-Brion, making the second wine of La Mission a truly fine wine.

Wines from the Pessac-Léognan have a unique, distinct fired earth, tobacco, spice note that are not found elsewhere on the Left Bank giving the wines an added aromatic complexity. Haut-Brion stands for hillock and the vineyards of both Haut-Brion and Mission Haut-Brion are planted on these raised hillocks with distinct gunzian gravel soils giving the wines good drainage and exposition, as well as retaining the typicity of the aromatic complexity consistent with the Pessac-Léognan region.

The other important elements to Château La Mission Haut-Brion is that they are the first winery to harvest in Bordeaux, picking their Merlot before anyone else in Bordeaux due to the specific climate and exposition at the property. They typically start to pick the Merlot at the end of August / beginning of September, benefiting from the warmer summer months enabling veraison earlier and avoiding the risk of wetter weather in the latter part of September. Despite the vineyards neighbouring Château Haut-Brion, there are distinct differences between the styles of Haut-Brion and La Mission Haut-Brion. First the vine density and the positioning of the vines in La Mission Haut-Brion are very different with the vines planted at a density of 10,000 vines per hectare compared to Haut-Brion at 8,000.

The vines at La Mission Haut-Brion are positioned from North to South and therefore the sun exposure is felt much more, heightening the sun’s effect on the wine. La Mission Haut-Brion is therefore more concentrated, has more intensity of flavour and typically riper fruit character compared with Haut-Brion. Haut-Brion is more gentle with a more refined style providing potentially greater elegance, and more earthy, savoury terroir character rather than fruit intensity. Tasting the two together they are so different and are wonderful contrasts in style despite them being neighbouring vineyards made by the same team. 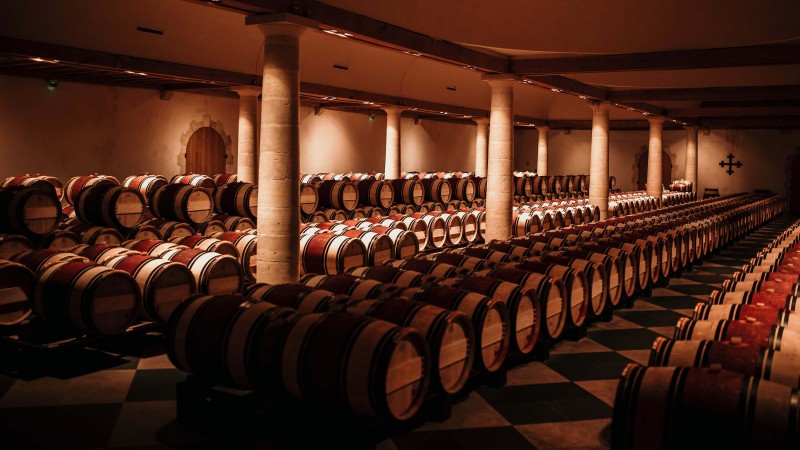 A new, ultra-modern vat house was opened to mark the 1987 vintage, followed by significant  renovations to the château, chapel and cellars. In 1996, a new bottling chain was introduced and a new tasting room was built, christened the Chapter Room, in honour of the Lazarists (Congregation of the Mission).

In 2007, new cellars were built, plus a tasting room sculpted by the best Italian woodworkers, which now features original engravings by Albrecht Dürer, plus a bottling centre and an improved storage area.

However, the jewel in the crown of this major renovation project is a vibrant new tribute to the Lazarist brothers. Returning to the Frontenac quarries – which in the 18th century supplied the stone for the most beautiful monuments in Bordeaux – the estate chose this material to build the Grand Chai, described as a “modern cathedral to wine".

THE CONSISTENCY AT LA MISSION HAUT-BRION

Arguably there is more consistency in quality throughout the vintages in wines from Pessac-Léognan, since Merlot, Cabernet Sauvignon and Cabernet Franc play distinctive roles in the region allowing for the assemblage to vary depending on which of the varieties have performed the best in each vintage. In Pauillac for example they are much more reliant on the performance of their Cabernet Sauvignon which typically makes up over 80% of the blend.

The winemaking team is exactly the same at both Haut-Brion and La Mission Haut Brion. The winemaking team at Haut-Brion has in fact been within the same family for three generations, going back to 1923. Since 1988 the same team of three - Jean-Philippe Delmas, Jean-Philippe Masclef (Technical Director) and Pascal Baratié (Vineyard Manager) have been making the wines at both properties providing a very consistent style across both Haut-Brion and La Mission Haut-Brion.

With the effect of global warming in the last twenty years, tannins are riper and the quantity is higher. This means the team have to pay more attention to the extraction process than before. They have tried to maintain the balance and the freshness. The tendency being to shorten the length of maceration. Thanks to the level of ripeness, according to Jean-Philippe the wines are ready to drink sooner than they were previously, without altering the ageing potential. In fact, the window of accessibility is wider than ever before. 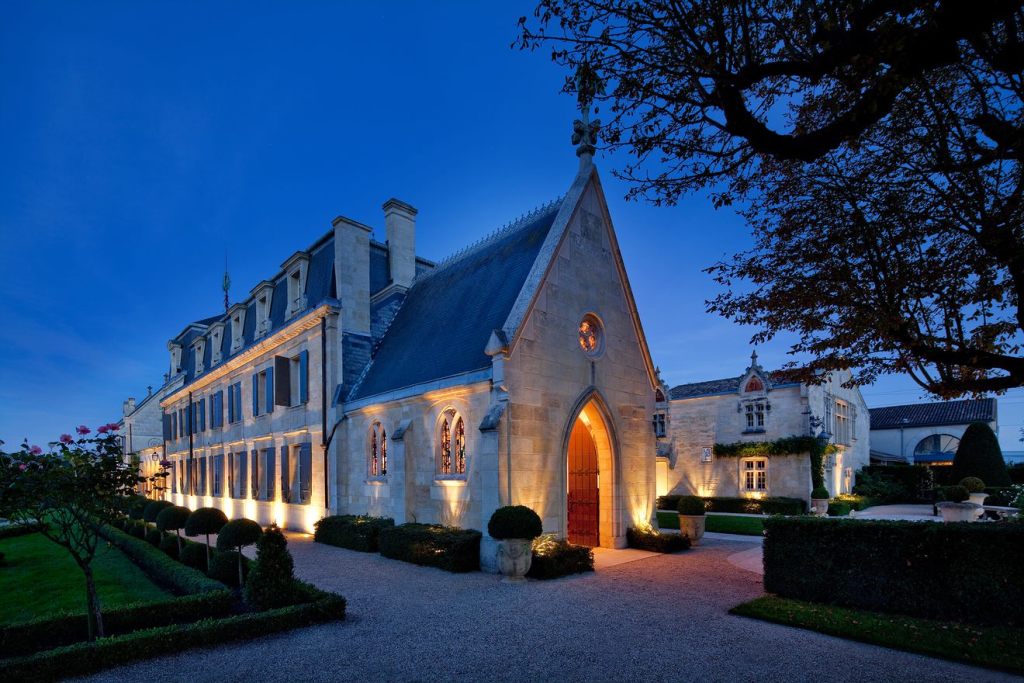 Your Guide to Chateau La Mission Haut-Brion
Chateau La Mission Haut-Brion is one of the greatest estates in all of Bordeaux, arguably the King of the Left Bank. Robert Parker has awarded it more 100 point scores than any other wine in the Medoc, equalling Petrus in achieving 12 perfect 100 point scores. Of course, the reputation and quality of the wines from this estate long predate ...
BY Gavin Smith,

Bordeaux Radicals: Chateau Les Carmes Haut-Brion
Last week we had the pleasure of hosting Stephanie Libreau from Chateau Les Carmes Haut-Brion at our London HQ, for a vertical tasting dating from 2016 back to 2012. These wines are brilliantly made, unique in so many ways and represent the cutting-edge of vinification techniques in Bordeaux. The rise in quality at the Chateau, along with the estate's reputation ... 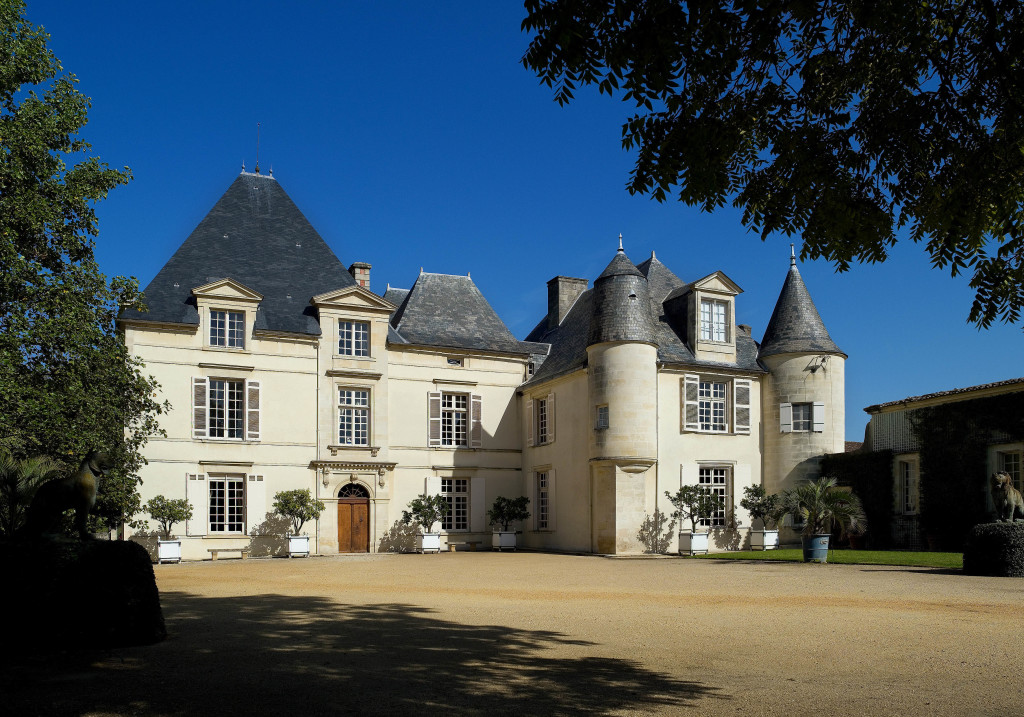 Château Haut-Brion – The Insider’s First-Growth
For the last of our profiles on the Bordeaux first-growths we move away from Medoc to Pessac, to examine Chateau Haut-Brion – a first-growth of incredibly quality boasting no fewer than six 100 point Robert Parker scores. The connoisseur’s grand vin The only first growth of Pessac, this estate is set apart from its rivals in both geography and style ...

Haut-Brion 2009: Double Magnums & Imperials
Robert Parker calls this 100 point scoring Haut-Brion 2009 "one of the most compelling examples of Haut-Brion ever made" and we have a handful of exceedingly rare 3 and 6 litre formats available... According to Jancis Robinson Haut-Brion 2009 combines "pleasure and luxury", and what could offer more pleasure or be more luxurious than the same wine in double magnum ...

"I have more bottles of La Mission-Haut-Brion in my private collection than any other wine in the world."

“I thought that the 2015 La Mission Haut-Brion flirted with perfection. The 2016 has that extra edge, a “je ne sais quoi” that leaves you reaching for the thesaurus looking for superlatives.”

"I have more bottles of La Mission-Haut-Brion in my private collection than any other wine in the world."

“I thought that the 2015 La Mission Haut-Brion flirted with perfection. The 2016 has that extra edge, a “je ne sais quoi” that leaves you reaching for the thesaurus looking for superlatives.”