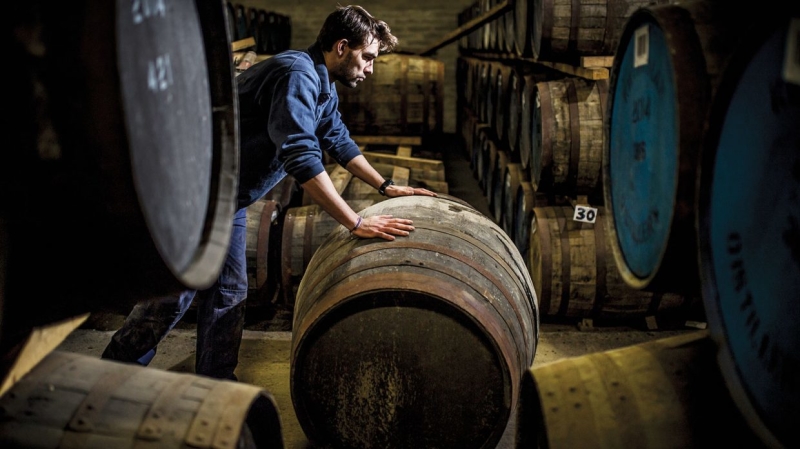 Across the Fine Wine and Spirits industries, there is growing interest amongst collectors and connoisseurs in single cask exclusives. The past decade has seen a steady rise in single cask releases from top distillers and winemakers, whose bespoke bottlings are often snapped up immediately upon release.

The demand for these products has encouraged top Spirits distillers to experiment - with the aim of producing something new and unique to the market with each release, pushing the benchmarks of quality and flavour profile. Spurred on by the craft beer movement and the popularity of terroir-driven wine production, distillers are following suit and being rewarded for it - both in terms of industry recognition and sales. In particular the popularity of single cask releases across the whisky market has exploded in the last ten years.

The importance of single cask expression comes from greater transparency in terms of production – a factor that is not always clear to consumers, for example when it comes to blended whiskies. Single casks provide bottling dates, production volumes, information on filtering, colouring, cask strength (i.e. no dilution with water) and more – all qualities that indicate and amplify a product's authenticity.

In the wine world, single casks are not something new, but their popularity is now unprecedented. Due largely to French inheritance laws, many producers in Burgundy have seen their single vineyard sites carved up into tiny plots which, depending on the vintage, can struggle to produce even one full single cask each year.

Historically, there was little incentive for Burgundian producers to attempt to bottle up such small quantities of their single vineyard cuvees, since the production costs to bottle and sell one’s own wine at this volume was financially unfeasible. Instead, producers would sell their wines to negociants to bottle under generic Premier Cru and village labels. Yet with ever-increasing global interest, and an array of collectors tuned into the nuances of each and every vineyard site, demand has never been so strong.

Of course there is huge skill in blending both whiskies and wines. For example, blended Champagne can reach, if not exceed, the quality of a single site, adding additional characters from different sites to produce a more complex 'whole'. The same can be said for blended whiskies. However there is no doubt a single cask, when done right, can produce something truly 'one-of-a-kind' that will not be produced again.

Read on for some top single cask exclusives coming up over the next few months at F+R...

WhistlePig is the leading bespoke American rye whiskey producer. In a relatively short time they have gained a reputation for producing rye whiskies of the highest calibre. With a no-expense-spared ethos and having hired one of the most talented Master Distillers in America (Dave Pickerell – previously of Makers Mark fame), they are pushing the boundaries of quality in whiskey production. FINE+RARE are in the process of selecting a single cask of never-before-released, unfiltered, unblended rye whisky from WhistlePig that has been aged in Vermont - where outside temperatures fall as low as minus 40. Such extreme fluctuations in temperature have a unique effect on the maturation process of these whiskeys and how the barrel expands and contracts throughout the seasons creates a unique interaction with the wood. Watch out for more details over the next few months...

Au Closeau is one of those beautifully positioned vineyards, nestled underneath one of the top Grand Cru sites in the Cote d’Or. It sits directly under Mazis-Chambertin Grand Cru, 280 metres up the hillside, on rocky clay soils. These single sites provide close to Grand Cru quality at a fraction of the price, representing some of the best value Premier Cru sites available on the market. A single expression of this site is a rarity even for Burgundy, since most producers' land holdings in this vineyard are too small to be able to bottle under one cuvee. As far as we are aware, only one other producer bottles their wine as single vineyard, providing only two authentic insights into the terroir of this well-positioned site. We will be releasing this single cask from Louis Jadot in the next few weeks - exclusive to F+R.

Kavalan is another prolific producer of some of the world’s finest barley-based whiskies, matured in the unique tropical climate of Taiwan. Their level of experimentation with single cask production surpasses anyone on the planet, for which they have become globally renowned as one of the most-awarded distilleries in the modern era of whisky production. FINE+RARE are currently working with Kavalan to select a single cask that marries the qualities of Islay peated whisky, with the tropical maturation effects only found in Taiwan. The cask is a second-fill barrel (previously used to age a peated whisky from Islay), producing an unfiltered and natural coloured, cask strength whisky. More news to follow in the coming months...

New Releases Not To Be Missed This Month: October