Navigating Burgundy is not always easy. Thankfully, The Wine Advocate's William Kelley is a dab hand at it. He tells us about identifying underappreciated producers, being honest when even the Domaine de la Romanée-Conti produces disappointing wines, and how a journey that began in Bordeaux led him to Burgundy

WHICH WINE GOT YOU INTO WINE?

While I now taste Burgundy professionally, the first wine to capture my attention was a bottle of Bordeaux, the 1955 Château Lynch-Bages, which was qualitatively more complex and compelling than anything I’d previously experienced. It precipitated a slew of reading and tasting. The first truly profound bottle of wine I ever drank was also a Bordeaux, incidentally, the 1961 La Mission Haut Brion, which remains one of my favourite wines.

WHAT ARE THE BEST BOOKS YOU'VE READ ON WINE?

While George Saintsbury’s allusive and often inscrutable Notes on a Cellar-Book isn’t for everyone, I have infinite admiration for his approach to wine. For me, the definition of connoisseurship is not only being able to choose a good bottle of wine, but also knowing exactly when, where and with whom to open it. Saintsbury understood that; and his descriptions also tend to penetrate to the heart of a wine, encapsulating its personality – surprisingly succinctly, for a man who could be so verbose.  Edmund Penning-Rowsell’s The Wines of Bordeaux is also a favourite. Many books on wine begin with a chapter on the history of their subject-region, but it’s seldom especially relevant to what follows. Penning-Rowsell actually succeeds in writing a history, not of Bordeaux, but of Bordeaux wine; and that context enriches the rest of the book immeasurably.

DID THE UNIVERSITY OF OXFORD TEACH YOU SOMETHING ABOUT WINE?

Certainly, the study of history did. At its most material, wine is just what’s in the glass, and that’s how it’s reviewed; but it’s also a cultural artefact, shaped by economics and culture just as acutely as it is by the geology of a vineyard and its climate. Parsing Burgundy’s almost infinite complexity, in pursuit of the best bottles, requires sensitivity to that.

WHAT IS THE ROLE OF THE WINE CRITIC?

Above all, to provide a useful service to their readers. Rather than merely reiterating received wisdom with scores that follow hierarchies of reputation and classification, we ought to strive to identify unheralded and underappreciated producers. Most writers on Burgundy don’t have much time to spend in the region, and understandably tend to follow a similar itinerary, checking off reference points. But honestly, consumers hardly need to hear from yet another pundit informing them that La Tâche is very good; it’s much more useful if we can direct them to an unheard of domaine in, say, unfashionable Pommard or Auxey-Duresses. And I think it’s also part of our role, albeit one of its least pleasurable obligations, to call attention to established names that underperform. Why is it that the worst rendition of Le Chambertin or Le Montrachet seldom scores lower than the very best Gevrey or Puligny villages? Scores like that reflect the appellation hierarchy, but they emphatically don’t reflect the results of a blind tasting, or even merely dispassionate appraisal. 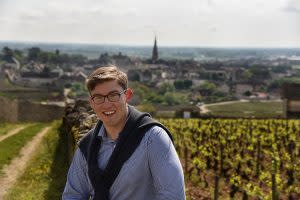 IS THE WINE ADVOCATE AS PRESTIGIOUS AS IN THE EARLY DAYS?

While our dramatis personae have changed in the last few years, The Wine Advocate continues to set the standard by which others are measured. In many ways, Robert Parker established the model that others imitate. Of course, as The Wine Advocate enters a new phase of its evolution, we have to demonstrate that we merit our position; but I hope that will only inspire us to work harder. Complacency is the worst vice of any critic, and hard work IS the only true justification for a position of influence.

WHAT ARE YOUR FAVOURITE DISCUSSION BOARDS ONLINE?

I’ve learnt a lot from discussion boards, and I appreciate the friendships and camaraderie they create. But I think they’re dying. They tend to bring out the keyboard warrior in us all, which is seldom our best self, and they easily devolve into echo chambers. I think other social media – Instagram and, in China, WeChat – are probably the future. I’m not convinced that Apps such as Vivino will have much to contribute to the fine wine discussion, though they may well impact the mass market. 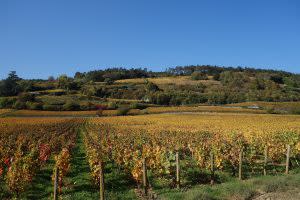 WHAT ARE THE GREATEST BURGUNDY VINTAGES?

I absolutely love the great inter-war and post-war vintages. When you find well-conserved bottles, those years are still absolutely magical, with depth and dimension that’s very rare in the vintages of the ‘80s, ‘90s or even 2000s. I’m thinking of 1934, 1937, 1945, 1947, 1949, 1959, 1961, 1962 and 1964. Potassium fertilizers, clonal selections of Pinot Noir, and industrial oenology had yet to make a profound impression on Burgundy (though they were beginning to the ‘60s), and the wines were better for it. Back then, the Burgundian landscape was also very different in terms of producers and négociants, so interesting things can still be found – and though you have to navigate adulterated wines and ‘reconditioned’ bottles carefully, the financial stakes are surprisingly low. Looking at more recent vintages, I love ‘82s, ‘85s and ‘88s in white, and the best ‘91s, ‘93s and ‘99s in red.

HOW DO YOU HANDLE TASTING A DISAPPOINTING WINE FROM AN ESTATE YOU LIKE?

I think it’s imperative to call it how you see it – ideally during the tasting itself, which gives the producer an opportunity to respond. More often than not, the producer is painfully aware of any deficiencies in the cellar, but only the most incontinently candid are going to actively broadcast that. You’ll never be respected by producers if they don’t trust your capacity to differentiate between good and bad. But the fact remains, critics in Burgundy are often bad at this: whether because the romance of the region promotes a panglossian attitude, or because we’re afraid of losing access to exclusive addresses, I don’t know. For example, Armand Rousseau’s Clos de la Roche (which has been part of the domaine since the 1930s) seldom performs better than a good villages wine; but you’d never know that from reading tasting notes. The Domaine de la Romanée-Conti’s Corton cuvée has also been consistently disappointing since its debut – which I think the Domaine tacitly acknowledge when they describe it as a ‘work in progress’.

HOW DO YOU HANDLE TASTING A “BAD” VINTAGE? OR IS THERE NO SUCH THING?

It’s healthy to remember how easy it is to be wrong. As an historian, I have delved pretty extensively into the wine criticism of the 1980s and 1990s, and some of the mistakes are glaring. The 1983 red Burgundies, for example, where prophesied a great future, but they turned out to be full of rot; whereas the 1982 whites where dismissed as open-knit and for the short-haul, but it today it’s one of the loveliest white Burgundy vintages – the Leflaive wines are absolutely stunning. 1996 was widely acclaimed in both colours, but the whites have prematurely oxidized and the reds are often tart, angular and oddly bloody in flavour profile. I think the best way to minimize the possibility of error is to be maximally informed; which means observing the harvest first-hand, having some technical experience of winemaking, tasting regularly on-site, and also following up from bottle. I buy and drink a lot of Burgundy from bottle; I think it’s very important to have ‘skin in the game’.

WOULD YOU AGREE THAT BURGUNDY IS THE ULTIMATE WINE REGION?

It’s certainly infinitely captivating. And for many wine drinkers, it does end up being the destination of their journey. But it’s far from being a utopia, and as a region it certainly benefits from a romantic aura that sometimes seems capable of excusing any fault: there are plenty of soulless, processed, characterless Burgundies that only sell thanks to their appellation. In that respect, it’s just like any other celebrated wine region. But it’s also a very special place which produces unique wines, and which has had the sense to assert that what makes them valuable is their very uniqueness. I’m a keen admirer and student of Burgundy’s culture and heritage, and I hope my commentary and criticism will do justice to it.

WHAT DO YOU THINK OF THE TREND TOWARDS MORE “ELEGANT” WINES WORLDWIDE?

My personal taste is pretty classical, and I tend to eschew the extremes of fashion. I loathe overripe wines, especially when they are slathered with new oak. But while other regions remain slower to change, in Burgundy the pendulum has swung in the other direction, and a Chablis from Raveneau is frequently a more textural, ripe wine than many a contemporary Meursault. I admire producers with a sufficiently stable centre of gravity to resist the fads of the moment. Roberto Conterno once remarked that he had never felt any need to alter his style, as there were sufficient members of the extended Conterno family to consume everything he produced in the event that the market should reject it – I thought that was a wonderful sentiment.

WHO ARE THE TOP FIVE UP-AND-COMING PRODUCERS ON YOUR RADAR IN BURGUNDY?

Confining our scope to the Côte d’Or: Domaine Lamy-Caillat in Chassagne-Montrachet, Domaine Duroché in Gevrey-Chambertin, Domaine Gilbert & Christine Felettig in Chambolle-Musigny, Domaine Bernard & Thierry Glantenay in Volnay and Domaine Charles Audoin in Marsannay. Of course, the difference between being ‘up-and-coming’ and being an established star is only a few blog posts away these days: in the information age, improvement is rapidly – indeed, sometimes prematurely – acknowledged.

ARE THERE ANY PARTICULAR SUB-REGIONS OF BURGUNDY THAT YOU FEEL HAVE BEEN OVERLOOKED?

This question could be interpreted in a number of different ways. In terms of unrealized potential, appellations such as Corton, Beaune, Pommard and Auxey-Duresse remain hugely interesting – despite an increasing number of producers doing commendable things in each. The wines of the Mâconnais continue to be undervalued, but both producers and merchants should be cautious about increasing their prices too rapidly, lest they snuff out an emerging appreciation for the region. Chablis is getting quite dynamic, but viticulturally a lot of work remains to be done. But Burgundy is so intently scrutinized these days that comparatively few stones have been left unturned – and to learn about them, you’ll have to subscribe to The Wine Advocate.

WHAT WOULD YOUR GENERAL ADVICE BE TO THE BURGUNDY BUYER?

There’s no denying that Burgundy is a difficult region to penetrate, as the cost of entry is increasingly prohibitive for the benchmark wines. I’d be the first to proclaim that there are still many great affordable Burgundies, of course; but by the same token it’s hard to know, for example, what Chambolle is all about without tasting a few bottles for Roumier, Mugnier and Barthod – and that’s now a very costly proposition. At the most elementary level I’d advise any Burgundy lover to visit the region, if they possibly can. And of course, to follow producers, famous or otherwise: a great village wine from a conscientious grower is so much more interesting than an over-cropped, processed grand cru.

Read about the determinedly off-beat critic Neal Martin's path into wine and why there’s much more to life than brilliant bottles.

5 Tips For Building Your Wine Portfolio