The first couple of weeks of September see the new vintage releases of Chile’s most famous and highly revered wines: Sena, Chadwick, Almaviva and Clos Apalta. These are wines that consistently receive huge scores from critics and have been on an upward trajectory in quality over the last 10 years.

This year, the upcoming release of Clos Apalta was awarded 100 points by James Suckling, with Sena and Almaviva scoring in the high nineties. This year, Eduardo Chadwick - the man at the helm of both Sena and Chadwick - was awarded Decanter Man of the Year 2018, whilst James Suckling in his latest Andes Report states that these wines “are great wines by all standards and rank among the best wines of the world, even when compared against classical regions such as Bordeaux and Burgundy”.

Such praise only cements the quality of these wines and their international reputation, as well as piquing keen wine collectors' interest. These wines command strong market demand and sell out fast on release. It would seem the wines from Chile have never been better. Yet this only accounts for one part of Chile’s wine industry... 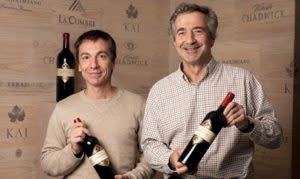 The success of Chilean wine has in some ways been a bit of a double-edged sword. Whilst international success has produced some highly profitable and ever growing estates, their dominance in the market has left smaller producers largely off the export radar.

Being ideally situated between the Pacific ocean and the Andes mountains, Chilean vineyards are provided with incredibly reliable weather, high levels of sunshine and no concerns about drought due to year-round access to irrigated snow melt from the Andes. The Pacific also creates cool breezes and mists – slowing down the ripening of the grapes, necessary to create complex flavours.

The high level of reliable sunshine hours and general low levels of disease enable quality wine grapes to be grown at an industrial level. Grapes are so perfectly suited to the climate, the model for most in Chile is to simply grow as much as possible. This has been great for the export of Chilean wines around the world, arguably providing the best quality wines at the lower price points. But historically, the success of the lower end has detracted attention away from Chile's potential to produce world class wines, particularly from smaller growers. 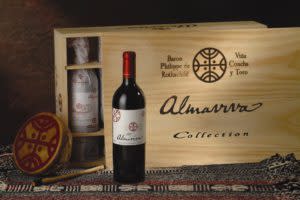 The high production levels achieved in Chile have naturally led to huge contraction of producers who dominate the Chilean landscape. Some of them have successfully ventured into the premium fine wine market, investing in vineyards at higher altitudes, which cost more to produce than the valley floor, but produce more complex wines. Producers such as Eduardo Chadwick’s Errazuriz, Concha Y Toro (the winery behind Almaviva) and Viña Lapostelle (Clos Apalta) have invested in the region, taking Chilean wine quality level up another notch. These estates have managed to produce good quality inexpensive wine sold practically everywhere, excellent mid-tier wine for the drinkers looking for more depth and complexity, and are now producing top-tier, world class wines that in professional blind tastings have beaten classics such as Lafite, Margaux and Latour.

The success of these large estates investing in the potential of Chile is a worthy effort that should be applauded, but due to the huge resources at their fingertips, their success dominates much of the news that comes out of Chile when it comes to fine wine. There are however a number of smaller operations that are producing some incredibly exciting wines that are fighting for the world’s attention but so far have yet to effectively reach a wider audience.

With smaller yields and less financial liquidity, this is unlikely to change anytime soon, but readers should keep an eye out for some of these lesser known fine wines from Chile. Winemakers such as Pedro Parra and Francois Massoc (the men behind the wines from Aristos and Clos des Fous) have been garnering praise from a number of critics.

Others have returned to producing wines from more traditional varietals, those associated with the region prior to the new wave of international varieties taking over in the 1980s onwards. Simonit&Sirch's Pruninguys (dedicated to preserving old vines throughout the world’s great vineyards) are working with growers in the region to preserve ancient Pais vines - ungrafted vines that are 120 years old. Some of these vines look more like trees! Whilst a lot of wines made from Pais have been on the rustic side, some growers are starting to produce some fascinating examples of the varietal, often used in field blends with varieties such as Carignan and Cinsault.

While these next few weeks will be dominated by the release of the now well-established iconic Chilean wines of Sena, Chadwick, Clos Apalta and Almaviva (which should not be missed!), watch out for lesser-known releases from the likes of Aristos and Clos des Fous becoming available in the new year. 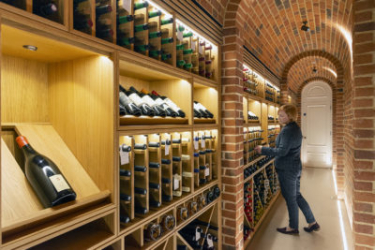