EditorialwinesThe History of the Hospices

The History of the Hospices 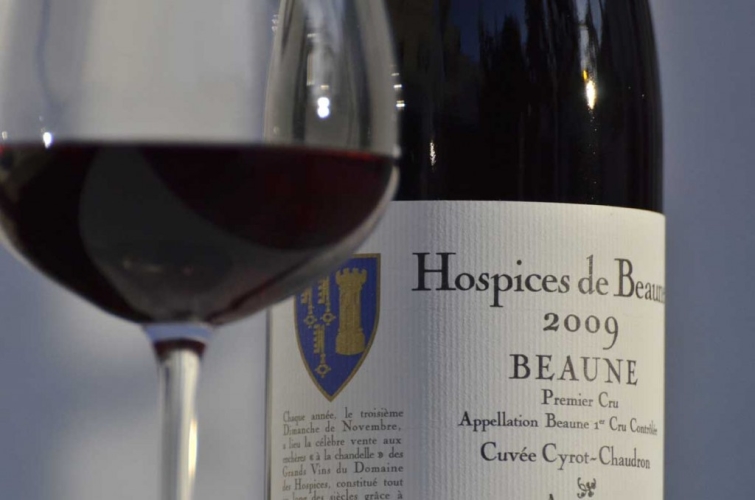 The Hospices de Beaune was first established in 1443 by Nicolas Rolin (the Chancellor to the Duke of Burgundy) and his wife Guigone de Salins. At the time France and the rest of Europe was mired in the Hundred Years' War, battling famine, epidemics and plague. The hospice was originally set up as an alms house to look after the ill and homeless who had been suffering from the famine sweeping through the region. It wasn’t until 1457 when the first vineyards were donated to the Hospices as a charitable gift from Guillot le Verrier. It was a plot of vineyards of Beaune – Lieu-dit “Beaumont Le Franc”. Two years later Jean Plampays and his wife donated more Beaune vineyards. Ever since, the productions from these vines have been sold and the proceeds dedicated to the charitable activities of the Hospice. 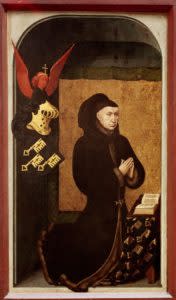 Over the next 550 years more vineyards were donated to the Hospices and the total amount of vines under the Hospices ownership today amounts to 61 hectares in which 50 individual cuvees are made. 2018 saw 850 barrels worth of wine sold at the auction. 88% of the vines come from Premier Cru and Grand Cru vineyards including Grand Cru cuvees from Corton Charlemagne and Batard Montrachet and three Grand Crus in the Cote de Nuit – Mazis Chambertin, Clos de la Roche and Echezeaux.

The auction has been running annually on the 3rd weekend of November in Beaune since 1859. The first auction actually took place in 1795 and then again in 1796 before alternating between an auction and a private sale up until 1859. Each bottle is labelled with the Hospices crest, the appellation name and the historic name associated with the original donor of the vineyards. Once they have secured their barrels of wine, buyers at the auction  then have to select the barrel they want to use and the winemaker who will then carry out the elevage of the wine. The name of the winemaker will be added to the label and then the name of the buyer can also be added. The vineyard, the barrel and the winemaker together produces a unique cuvee associated with that buyer, something that these days, attracts buyers from all over the world. 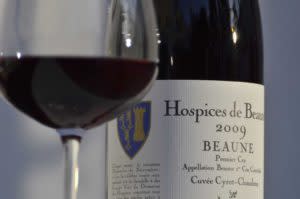 Some of the most notable cuvees include: Beaune 1er Cru (Cuvee Guigone des Salins) named after Nicolas Rolin's wife who went on to manage the Hospice herself following his death. Guigone des Salins donated much of her fortune, including these vineyards, to the Hospice cause. The plot is made up of the steep slope of Les Bressandes Premier Cru site and constitutes half of the cuvee. It is said to be one of Beaune's longest living wines.

Mazis Chambertin Grand Cru (Cuvee Madeleine Collignon) is made up of vines that date back to 1947 and are situated in the heart of the hillside neighbouring Clos de Beze. The cuvee won the “Best Red in the World” Trophy at the International Wine Challenge competition.

Volnay 1er Cru Santenots (Cuvee Gauvin) is one of the Hospices’ greatest glories being consistently the first to ripen with a high level of complexity and elegance in style and structure. Bernard Gauvin is historically one of the Hospices' most generous benefactors leaving all his worldly goods to the Hospice in 1804.