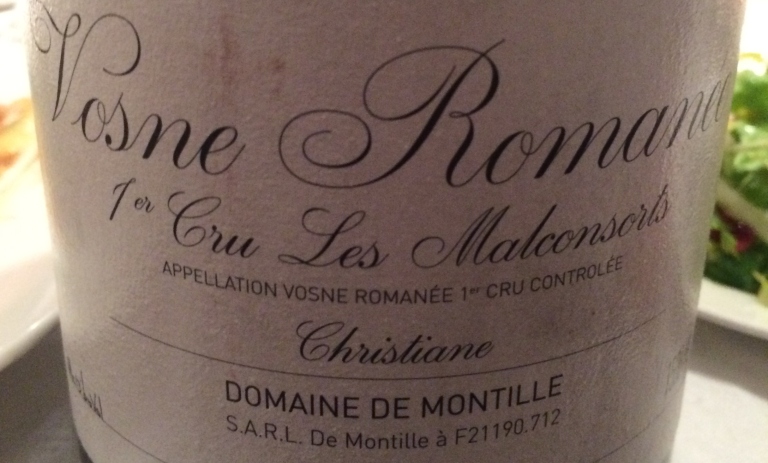 A couple of times a year, a group of a dozen or so of very knowledgeable and very experienced tasters get together to open, taste and share some Burgundy.  Serious Burgundy.  It’s an opportunity to discuss a vintage or two with like-minded connoisseurs and, of course, to enjoy food, wine and generally wine-related discourse.  It is a group that I am incredibly lucky to be a part of.  Last Thursday evening, in the private room at the quite brilliant Medlar, the theme of the reds was 2007.

On release in January 2009, some of the trade, and certainly the critics, dismissed 2007 as a light vintage, and therefore an off-vintage.  This was a little unfair: elegance, purity and restraint are more than just lightness.  And over the past couple of years these wines have, for the most part, come into their drinking windows.

The 2007's I’ve tasted recently, notably Chambolle Les Fuées from Mugnier and Volnay, Clos des Chenes from Lafarge, have been nothing short of delicious, and delicious in a way that only Burgundy can be.  The 2007's tasted last week followed this trend.

A couple of bottles weren’t showing their best, though there were a some crackers.  My wines of the evening were the two Rousseaus, the Malconsorts Cuvée Christiane, Bachelet’s Charmes-Chambertin and Etienne Grivot’s Clos Vougeot.

“This is Burgundy.  Sweet nose, a touch of savoury meat and some development.  Broad.  Clean.  I want to like this and I do.  Sweet Volnay fruit in the mouth – very sweet.  Soft and pretty.  Charming and ripe and ready to go.  I think it's delicious and could get through a lot of this, though much of the rest of the room think it a little too sweet.”

“This is much, much tighter as one would expect.  A little more grown up, serious.  Some structure, though maybe a tad lean.  All here and this is very pure.  Serious yet restrained.  This is rather good though could do with a little more stuffing and/or a bit more time.”

This rather split the room.  Or maybe just the room and me.  I think some found the typical Roumier “flashiness” a little too flash.  Personally I thought it lovely, if a little tarty.

“Some character here, and a balance between sweet fruit and savoury meat.  A saline finish to the fruit.  And a cashmere texture.  Delicious.  A touch of Roumier flashiness.  Really lovely, if a tad on the flashy side.  Very good.  A bit tarty, though, and falls away a little at the finish.”

Denis Bachelet is the gardener of Gevrey: there are few other vignerons who take so much care of their vines.  And his wines are always a nap in the “non-blockbuster” vintages.  As such this one was a bit of a surprise.

“More weight to this, fatter.  Austere? Stemmy?  Yet with some lift.  And ever so slightly dirty in the mouth.  A bad stage?  Not sure.  Should be better.”

Cathiard is one of the growers of the moment with a reputation for sweet, upfront, glossy and quite delicious Vosne.  Detractors suggest that the wine is a little too flashy.  Whilst I’ve never had anything other than a spectacular bottle of Malconsorts, the Suchots struck me as being more about the style than the terroir: it tasted more of the winemaker than it did of the vine.

”Sweet, ripe and glossy Cathiard nose.  Like a shell: a solid eggshell polish.  Caramel.  And sweet, initially too sweet in the mouth.  This is attractive but too much of that caramel edge.  Style over substance.”

This is one of those wines that is supposed to be a bit special.  From a parcel of Malconsorts just underneath La Tâche, and one that Etienne de Montille chooses to vinify and bottle separately from his other parcel of Malconsorts.  And it’s seriously good.  2007 is the vintage where I think Etienne really started to get into gear, and on the evidence of this wine, I’m right.

“More here.  More structure, more depth.  And in the mouth too.  Very correct, very proper.  Silk, cashmere, and there is more to come from this.  Depth.  This is very, very good.  Lovely, and a character – something here – that I can’t quite pin down.  This might just be excellent.  A league apart from the Cathiard.”

I’m a broken record on Grivot.  The vast majority of opinion of his wines is based on the wines from the mid-eighties to the turn of the century.  My view is that Grivot has been absolutely top-notch since 2005 or so.  His spot of the Clos is at the bottom, by the road, and you can maybe taste that but the winemaking and viticulture here is spot on.

“A touch of Christmas cake here, and a touch of clay.  Almost Pomerol-esque.  Lifted crunch in the mouth.  Fresh.  Maybe lacks a bit of the depth of some real terroir but this is delicious.  Young, fresh, vibrant, precise.  Very good.”

This had the flashiness of the Morey, though with a little more substance.  Top stuff.

“More depth and weight to this and some mocha gloss.  Seductive velvet.  Chinchilla.  This has depth though maybe lacks a little complexity.  A touch tarty, though not without substance.  Better and very seductive going back to it.  Good.”

“There is definitely something here but this isn’t jumping from the glass.  There is some restraint.  And again the same impression in the mouth.  Either this isn’t the greatest bottle or, more likely I think, the wine is having a bad day.  Improving in the glass, but still lacking some energy.”

After the poor showing of the Corbeaux, this was right back up there, and had something that is key to great wine: character.

“Meatier here.  More stuffing.  And much, much more in the mouth.  Depth and meat and character.  And this goes on and on.  Broadens out in the mouth.  Proper.  Serious kit, and whips the Roumier.  Very serious wine.  Alive.  Excellent.”

The annoying thing about Rousseau is this: they are always brilliant.  A bit like a race meeting where the favourite romps in at every race.  And, unlike Cathiard or Coche-Dury (white), the style doesn’t dominate, because the style, if this is possible, is perfection.

“Restrained, almost austere, sweetness on the nose.  Clean with a touch of smooth mineral lift.  Pure.  That mineral, clean polish.  Very lifted.  Delicious.  A touch of restraint.  Not the plush fruit of the Clos St Jacques but very lovely.”

“In style the profile is similar to the Ruchottes: pure, sweet, polished.  Though this has much plumper fruit to it, more weight, more chunk, more richesse.  This is the epitome of Clos St Jacques, which in turn is the epitome of Gevrey.  Quite, quite lovely and, in terms of pleasure, flawless.” 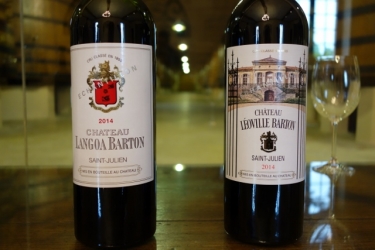