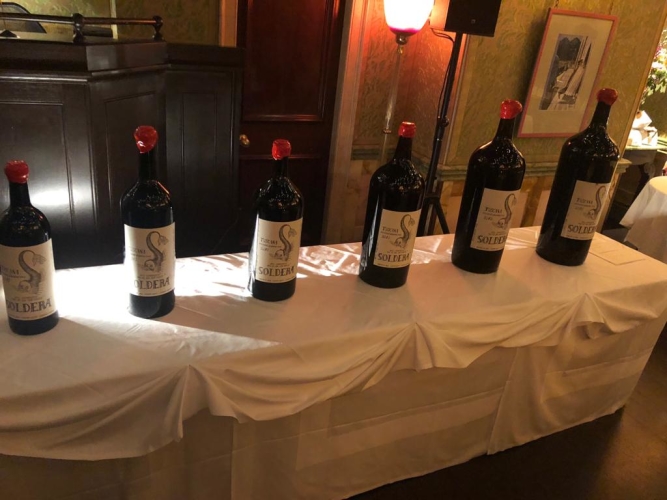 “During the night between 2nd and 3rd December 2012, unknown people broke into Soldera’s cellar at Case Basse; they did not steal a single bottle, but with an extremely serious act of deliberate criminal vandalism for the whole area, they opened the valves of 10 barrels of 6 vintages of future Brunello di Montalcino: 2007-2008-2009-2010-2011-2012. The loss amounted to 62,600 litres of Brunello resulting in considerable economic damage.”

These are the words introducing the Soldera press release of 4th December 2012.

Gianfranco Soldera states that "the greatest loss of any of these vintages was the 2010: after this incident only 450 litres remained of this much lauded vintage. I and my family would like the vintage 2010 to be associated with a very strong and important message that also makes an impact: we would like words and gestures of hope plus, most importantly, tangible help for those less fortunate than us to stem from such a sad and painful episode for my family. For this reason, we have bottled these remaining 450 litres of the 2010 vintage only in large bottle formats of 3, 5, 6, 9, 12 and 15 litres in size. All these large bottles also have a special and unique hand-drawn label". This label was designed by Gianfranco's son in law, Paolo. 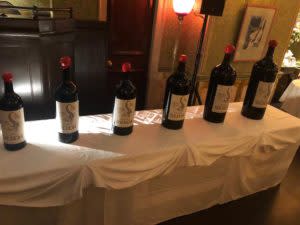 The large 6, 9, 12 and 15 litre bottlings have been made available as four super-exclusive complete sets which add up to 50 litres in each set and are to be auctioned off as four complete sets in different parts of the world. One of these sets was made available at this week's auction at Harry's Bar in London, with the difference that the individual bottles could be bid on as separate lots.

The night was an incredible opportunity to taste both the current release of 2013 as well as the ultra rare 2010 served in double magnum. It certainly encouraged some healthy bidding in the room with the final 15 litre bottle being sold for a staggering £100,000! With only four of these in existence in the world, it is set to be one of the most collectible wines in history. The auction overall raised an incredible £250,000 for nominated children's charities recommended by Jancis Robinson. The London set of 2010s is the penultimate lot to be sold with one more auction to take place in Asia later in the year with prices expected to rise even further!

It is a great gesture that the entire 2010 vintage of Soldera will be donated to raise funds for causes that the Soldera family believe "are worthy associations and charities that truly help children who are in urgent need of assistance and support". Bravo! 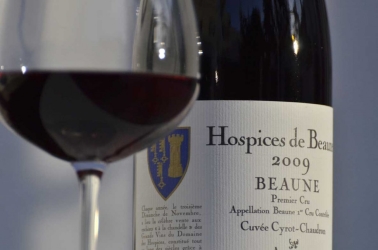 The History of the Hospices