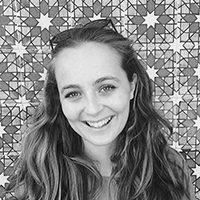 The evening started with Piero Antinori explaining how Solaia first came about, how it was effectively the result of a very lucky accident, much in the same way as Champagne. In 1978, the vines used to make Antinori’s Tignanello produced an unusually high yield of Cabernet Sauvignon. Rather than waste this, or blend it into the other wines, they decided to vinify it, and Solaia was born. In the first two vintages, they settled on an 80% Cabernet Sauvignon, 20% Cabernet Franc blend. After these first two years Sangiovese was added resulting in what Solaia is today. For example, the most recent release, the 2016, is made up of 73% Cabernet Sauvignon, 7% Cabernet Franc, 20% Sangiovese. The only exception to this is the 2002 vintage, where no Sangiovese was used.

With the exception of the 1978 and 1979, every vintage was served from magnum, with every one having been tasted by Galloni and the head Sommelier at the Ledbury, and double decanted. Any bottle that was deemed imperfect was discarded before the event, and so we were served only the very best examples of each vintage.

Unsurprisingly, there were many many highlights across the vertical, however it would only be right to start with the 1978. There was a certain tension in the room before this was tasted – after all, could the first vintage of a wine made as a result of an accident really be that great? The answer was a resounding yes. After taking the first sip everyone at the table looked around and smiled, it was clear we were in for an excellent evening. At over 40 years old it is still showing incredibly well, there is still plenty of freshness and intensity, it’s a deep and powerful wine with lots of fruit still coming through.

For me the next surprise was the 1994, a perhaps underrated vintage but one that definitely deserves recognition. It was an absolute joy to taste, and left you wanting to go back for more, bearing in mind that at this stage we already had five other vintages available on the table, that really is something. We were sat with Francesco Visani, the Global Sales Director of Solaia, who told us this was also one of his favourite vintages, without doubt a very special wine.

I must also mention the 2009, and 2010 back to back vintages. The 2009 again was the result a lot of smiles around the table, and was a particular favourite of a colleague of mine. Everything is perfectly integrated here, absolutely ready to drink now, this was a delight. On the 2010 I feel I must revert to the words of Galloni himself, after all who could say it better: “it is obvious why the 2010 is the greatest Solaia ever made. The 2010 has it all; expressive aromatics, wonderfully nuanced fruit and tons of supporting structure…. In time, the 2010 will be recognized as one of the all-time legendary Solaias. Actually, it already is.”

To round off what I hope you can see by this point was a truly incredible vertical, was the ever impressive 2016, a personal favourite of mine. There has been a lot of hype in recent years surrounding this particular vintage, and I was very keen to see whether it lived up to everything I was expecting, and I’m very pleased to report that it absolutely did. Again, in the words of Galloni himself: “The 2016 is an epic Solaia. That's all there is to it.” Bursting with fruit and spice, and with an immense finish, give this a few years in the cellar and it will be an absolutely astonishing wine.

In short, this was an incredible evening of both wine and food right at the top of its game. I would personally like to thank everyone involved, and very much look forward to what the future of Solaia holds. Already one of the world’s best wines, I think it’s fair to say that if it continues on the trajectory it currently finds itself we are in store for something incredibly special. 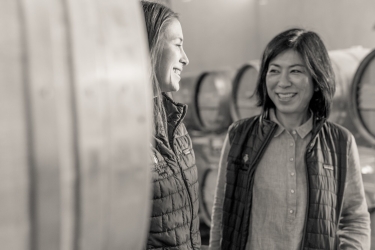