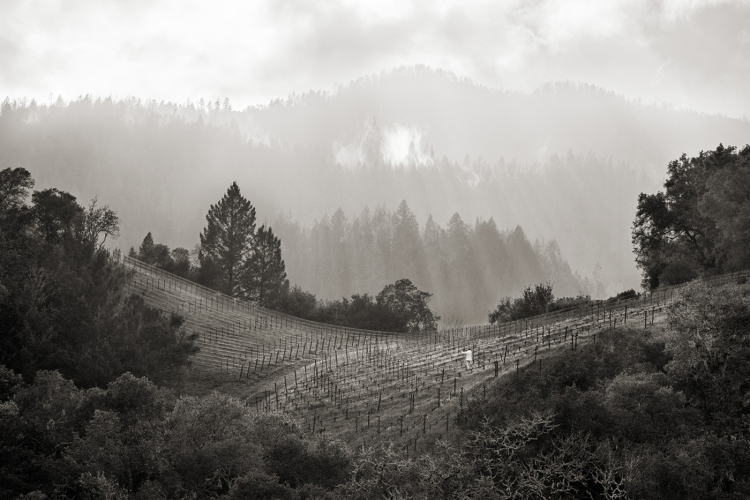 Ahead of the release of the latest vintage from Promontory, owner Will Harlan took us on a virtual tour of this remarkable property tucked out of sight in the Napa Valley

As the drone camera takes us up over the trees, you can see how dense the forest is around Promontory’s vineyards in the western hills of Napa’s Oakville district. Apart from the small vineyard plots dotted along the canyon, the landscape is rugged and untamed. In total, just 10% of the Promontory estate is planted to vines, representing 34 hectares of the property. The whole area is protected so this site will remain small and genuinely cut-off –  but that is exactly how proprietor Will Harlan wants it. “Promontory is truly a world apart from the Napa Valley that most people experience,” he says.

For a long time, this canyon was hidden in plain sight. Many locals born and raised in Napa were completely unaware of its existence. Looking up from Napa, all you see are the mountain ridges above, yet beyond theses ridges lies this hidden valley, its undulating hills ideal for vineyards. It was in fact Will Harlan’s father H. William, or Bill, Harlan (founder of Napa’s most prestigious cult Cabernet, Harlan Estate) that literally stumbled across the canyon while hiking back in the 1980s. Although his interest in the land spans over 30 years, the opportunity to buy the property only arose in 2008. At first, the family thought the vineyards might be used for Bond or Harlan – but the character of the fruit was so fundamentally different, Will explains, that they decided to make Promontory its own project.

Fast forward to the current day, and the 2016 vintage – the eighth ever – is about to be released. With the second generation of Harlans (Will) and winemaker Cory Empting (also from Harlan Estate) at the helm, Promontory has fast become one of Napa’s most consistent and captivating, not to mention collectable, Cabernets. 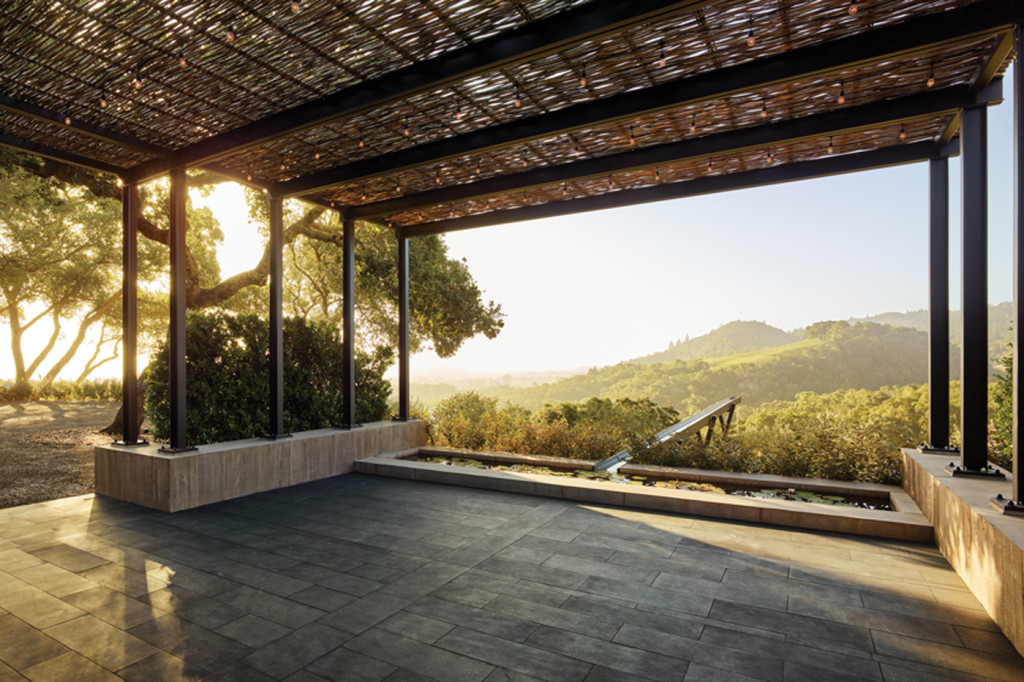 While only a 20-minute drive from the Harlan winery, Promontory feels remote – with a totally different microclimate. The vineyards are mainly on the valley’s cooler east-facing slopes (with an average gradient of 38%), but they have some decent elevation too, sitting at between 150 and 340 metres above sea-level. The fog that settles in the valley brings much-needed moisture to the vines, as well as moderating the temperature and allowing the team to produce cooler-toned and fragrant Cabernet Sauvignon.

The first vines were planted in the mid-1980s and early 1990s, with a mixture of varieties, but the team started replanting in 2011, focusing entirely on Cabernet – the grape that they feel best expresses the place. The fruit from the young vines is being used for a separate wine (The Mascot) that isn’t part of Promontory. The older vines are dry-farmed, and the plan is for everything to be long term – with just a little irrigation being used to establish the young vines and “educate them not to be irrigated”, Will explains.

Beyond the seclusion, these hillside vineyards have two distinct fault lines running through them, roughly demarcating the boundaries between volcanic, sedimentary and metamorphic soils. This diverse geology is another facet that distinguishes the Promontory vineyards from the rest of Napa and is what Harlan believes provides a distinct mineral backbone and tension to the wine. As we walk (virtually) through the winery, we arrive in the barrel room, faced with a gigantic piece of volcanic rock. It is a beautiful sight in itself – lifted out of the vineyard and displayed at the winery, underpinning the specificity of the terroir of this secluded canyon. 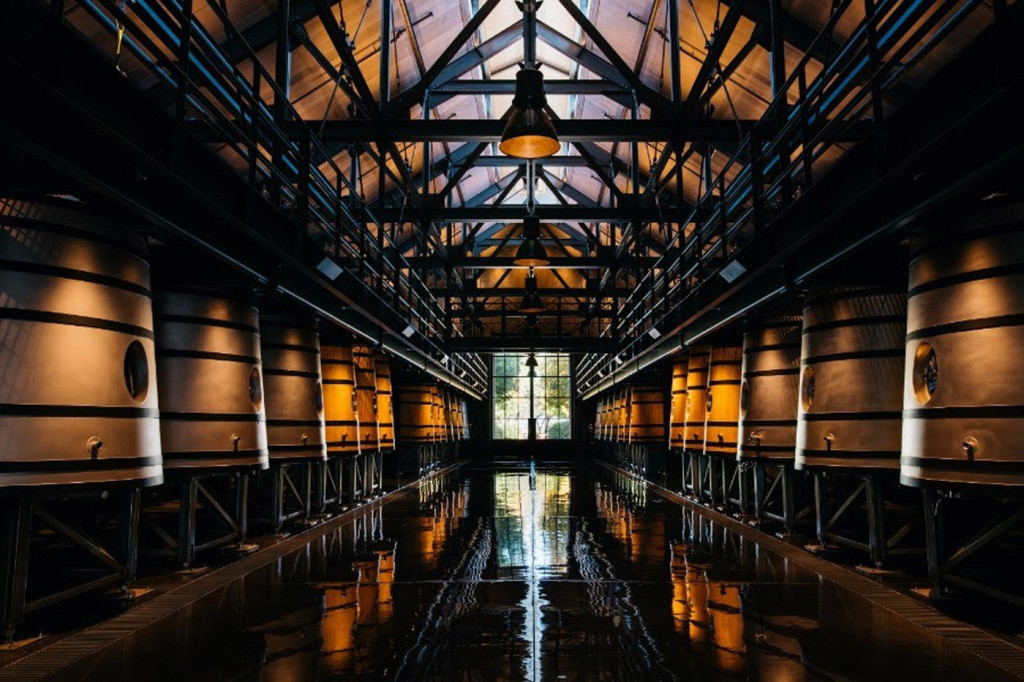 The place is so different that Harlan feels they needed “to unlearn and relearn” an approach that suited the property. The barrel room holds another important element in creating these special wines – their Stockinger barrels. Austrian coopers Stockinger have become one of the most reputable for fine wine in recent years and Promontory was the first in the US to use them. They realised the wine’s tight but very fine tannins needed more time as it evolved slowly. As such, they started looking for larger barrels and in 2012 purchased a range from Stockinger – from 1,800  to 4,400 -litres. The Stockinger barrels are praised for their ability to limit the influence of oak flavour, while carrying out all the subtle micro-oxygenation that enables the building of long tannin chains. These tannin chains produce a fabulous textural complexity in the wine, while at the same time the fine-grained oak preserves the natural aromatics and fruit purity.

Harlan and Empting give the wines five and a half years between harvest and release – with two and a half to three of those in barrel, allowing the wines to “unfold” in these more neutral and “respectful” barrels.  The results are breath-taking. Tasting the soon to be released 2015, which was aged for two and half years in cask, the textural finesse and precision of the tannins in some ways make the wine feel almost weightless in structure, while at the same time being detailed and complex.

It's astonishing that this property and its potential lay undiscovered for so many years. One thing’s for sure now, though: the secret’s out.

Find out more about Promontory, or its sister estates Harlan and Bond 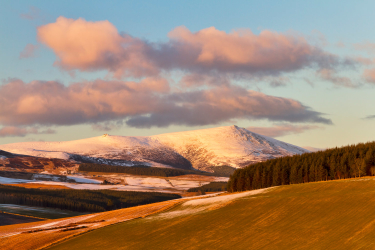