EditorialwinesPomerol: A Tale of Two Vintages

Pomerol: A Tale of Two Vintages

We report from a visit by Pomerol Séduction, an organisation promoting eight top wines from the iconic Right Bank appellation in Bordeaux. On the tasting table were Bordeaux 2012s and 2015s - two very different vintages that both have stories to tell.

As the scramble for this year’s En Primeur offerings from Bordeaux reached its climax last week, the FINE+RARE Team saw it re-affirmed that the 2015 vintage was at least as historic on the Right Bank, if not more so. We also had the chance to taste some excellent 2012s.

Often overlooked in Bordeaux, with moderate alcohol levels and excellent balance, these wines are bound to develop their subtleties in bottle as they bear the promise of classic vintages of years long past such as 1953 and 1947. The 2012 conditions favoured lighter, more perfumed wines. The best chateaux exploited the precocity of Merlot, which was much easier done in Pomerol than the Medoc, where Cabernet failed to ripen and gained the vintage a mixed reputation among jaded reviewers. In the words of the Wine Advocate's Neal Martin: "Word on the cobbled street was that Pomerol was the place where 2012 really came together and those words were well founded" (April 2013).

As expected, 2015 was superlative on Bordeaux’s Right Bank, where a sunny October breathed warmth into the thick clay soils, making for wines that already now display an unprecedented vitality and power. Producers vied to be the last to pick, collecting pristine berries with thick skins. Alcohol levels are higher, but record levels of anthocyanin extract in this vintage give the wines the promise to improve for decades given their tremendous intensity and depth. 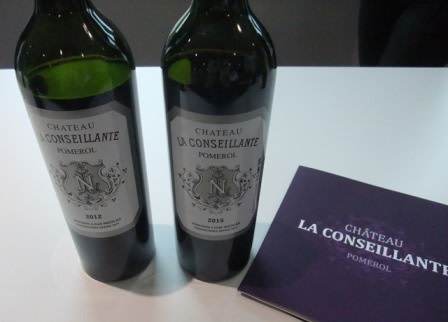 Chateau La Conseillante is nothing short of a benchmark in Pomerol. Described by Parker as "on top of its game" in 2012, it produces wines of great elegance and flavour authority. This is largely due to the tireless dedication of Jean-Michel Laporte, whose departure in 2015 is met sadly by followers of the Chateau, yet a nod must also be given to La Conseillante's impeccable terroir which, sandwiched between the border of St.-Emilion and Cheval Blanc, and, on the Pomerol side, l’Evangile, Vieux-Chateau-Certan and Petrus, is packed with potential.

In July 2015 Marielle Cazaux took over as winemaker at the chateau. Previously technical director at the neighbouring Ch. Petit-Village, she plans to introduce organic practices in the vineyard and keep the chateau at the forefront of new vinicultural techniques such as precision pruning. Her experience with Right-Bank cult figure Michel Rolland suggests she is perfectly poised to take control of La Conseillante and lead it forward to new strengths.

2012 – Remarkably intense and rounded, with creamy raspberry and cherry notes that build for a luxurious and velvety finish. It's easy to see why Neal Martin called this "a very fine wine for the vintage", earning a brilliant 96 points from Robert Parker in April 2015.

2015 – A spectacularly balanced wine, which despite the power of the vintage retains a vibrant acidity and herbal freshness among notes of smoke and strawberries. 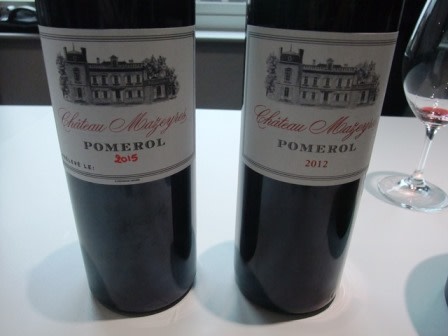 2012 – This chateau’s first year of biodynamic viticulture has proven more than just a trend. Newly-invigorated vines produced concentrated and tensely balanced fruit. The wine is sturdy and floral with ginger cake and delicious sweet Christmas spice on the nose, while the body remains tight and well-structured. This style was the quintessence of the vintage. This was included in Neal Martin's list of best-value recommendations and very deservingly so.

2015 – Still tight and young, this wine displayed a Barolo-like tension between lightness and intensity, with tart cranberries on the nose and minimal oak influence. A high percentage of Cabernet Franc in the assemblage provides excellent structure and staying power. 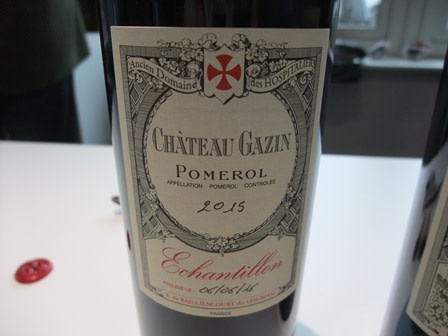 2012 – This 100% Merlot was by far the most powerful  Pomerol of the vintage, displaying a nose full of opulent red plums and spice. Nevertheless it is fresh, but still very young.

2015 – Brooding red and black fruit on the nose make for a smoky wine, with plenty of vanilla toast and spice. Commercial director Christophe de Balliencourt assures me this is the richest vintage in the history of the chateau in terms of dry extract in the wine, making this Gazin’s most intense release to date. 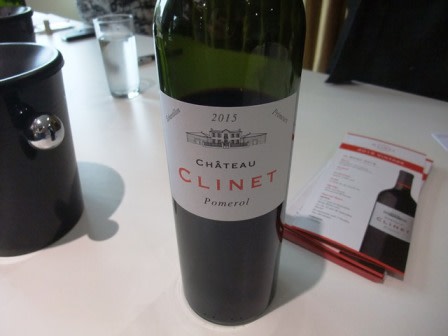 Chateau Clinet has for a long time been a Wine Advocate staple, and these two vintages are no exception. Parker gives the 2012 95 points. Meanwhile, when Neal Martin tasted the 2015 from cask in April 2016 he rewarded it with 95-97, praising it for being a particularly age-worthy Pomerol.

2012 – A massive bouquet of wisteria, black cherries and cassis dominates the nose as soon as you pull the cork, while the palate is remarkably balanced.

2015 – The most approachable wine tasted, Clinet shows more fruit than its neighbours, with a lasting sweet spice that proffers cassis and blueberry richness, and an open-knit, sumptuous and fulfilling structure. 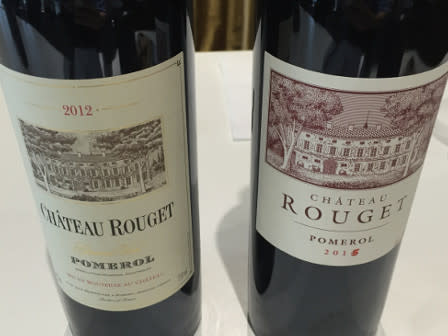 The very capable Labruyere family, famed in Burgundy for the care taken at Domaine Jacques Prieur, sailed through the difficulties of the vintage thanks to their meticulous approach to the vineyard management, harvesting plot by plot and favouring indigenous yeasts.

2012 –  Remarkably expressive and full of energy, this wine is driven by opulent plum and jammy raspberry flavours. Velvety tannins contribute to the glorious fine - a triumph! 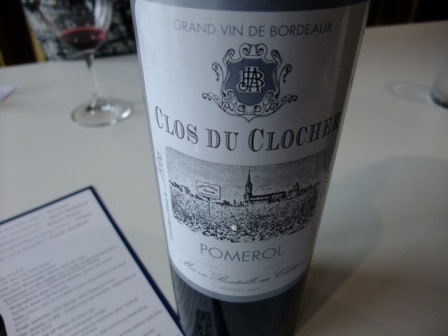 2012 – Expansive and ripe for the vintage, this wine displays an array of fresh ripe plums and dark, sweet raspberries, with cocoa spice and cherry liqueur on the finish.

2015 – Very peppery nose, with an expansive bouquet of red and black fruit. This wine makes an immediate powerful impression with its dense, rich tannin and rich open-knit structure. A hedonistic palate of blueberries and plums remains balanced with a distinctly Pomerol note of meat, and is enormously pleasant to drink. 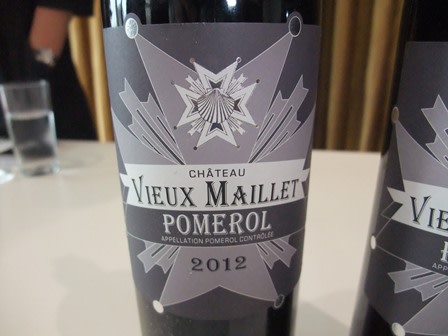 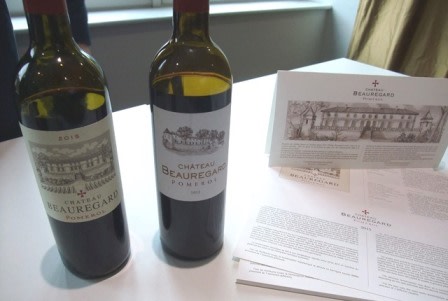 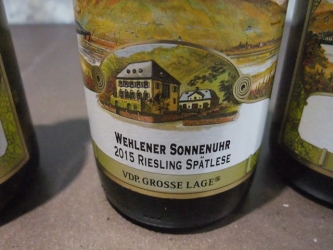