Pol Roger’s Cuvee Winston Churchill 2002 was released today – the 14th release since its inaugural vintage, 1975 which was released in 1984.

To mark the occasion, our Director of Buying, Bud Cuchet was invited for a pre-release tasting at the Champagne House last week. Made from a secret blend from Grand Cru vineyards, in the style Churchill favoured: robust and mature, the cuvee is widely recognised as one of the regions’ best and most long-lived.

A tasting, which included Churchill’s favoured cuvee from the 1920’s and even an 1892, reinforced the reputation that Pol Roger has garnered, exemplifying just how age-worthy the now ‘Cuvee Winston Churchill’ is.

“Rich apricot nose with a creamy mouth coating, elegant palate. Very classy and a very long finish. Tempting now but still a baby - a grand vins that will reward the patient.”

“Lychees and walnut of the nose. Little development on the palate: fresh, clean, zesty and a little tight – needs time. Long and serious.”

“Nuttier on the nose and a fuller, richer palate. Dry but long finish. All of the elegance but nicely developing, lovely weight.”

“Golden rich colour. Dried apricots on the nose. A Fresh, rich… very rich palate with no fizz. Seems to be so youthful, tastes more like a 15 year old wine. Surprisingly good and healthy! High dosage as was the fashion in that time.”

“Yquem-like colour and reminiscent of an old Sauternes on the nose. Rich ripe evolved fruit on the palate. It tasted like an old sherry or Madeira. Sweet finish with fresh acidity. Wow, what an amazing wine.”

The 1914 was the standout - a wine with a stunning vibrancy for its 100 years. The new release - the 2002 - shows exceptional promise; with a few tell-tale characters of the 1914, it is a baby now, but a sure-fire grand wine in the making.

We sold through our allocation of the 2002 in just under an hour this morning, but if you’d like to speak to us about back vintages of Pol Roger Cuvee Winston Churchill, or are interested in the other cuvees, please get in touch or see our current listings. 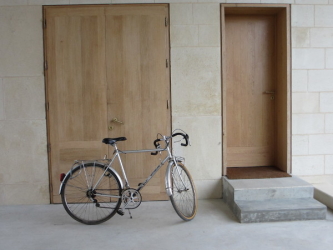