EditorialwinesOpus One’s Micheal Silacci on the power of collective responsibility

Opus One’s Micheal Silacci on the power of collective responsibility 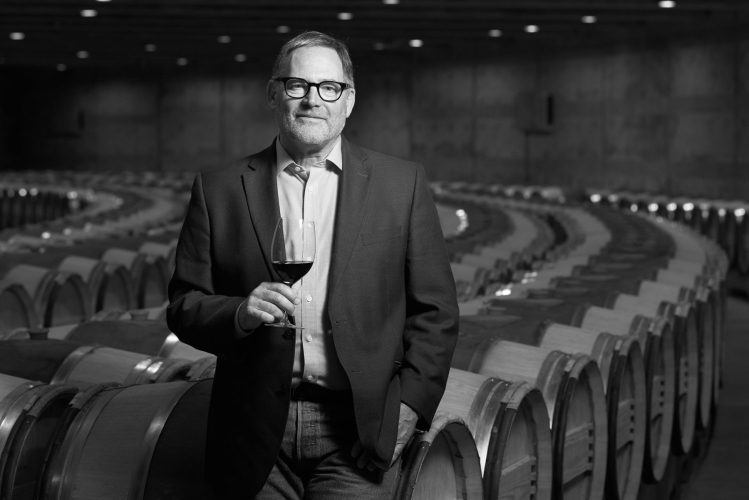 Under the tenure of winemaker Michael Silacci Opus One has gone from strength to strength. But it’s not him or owners Mouton-Rothschild and Mondavi that are at the heart of its success; for Silacci, it’s all down to the power of collective responsibility

This year Michael Silacci is celebrating 21 years at Opus One. Taking over as winemaker for Napa’s first cult estate and arguably the region’s most famous property (a joint venture between Ch. Mouton Rothchild and Robert Mondavi) was no small task. But Silacci’s experience was almost unparalleled; he’d worked in the valley for 40 years, under some of the most iconic producers in the region’s history. In the 1980s, Silacci was mentored by America’s most influential post-Prohibition winemaker, André Tchelistcheff at Beaulieu Vineyard. In the 1990s, he became the right-hand man of Napa legend Warren Winiarski at Stag’s Leap Wine Cellars. When he took the role at Opus One in 2001, he was making wine alongside Mouton’s winemaker Patrick Léon and Robert Mondavi’s son Tim Mondavi. Of all the many things he learnt from these mentors, it was their belief in him that really empowered him – and it was this that would shape his work ethic at Opus.

Silacci understood the power of responsibility from a very young age. Working in his grandfather’s dairy farm at the age of 10, he was an essential cog in the operation. “He was a very practical man,” says Silacci of his grandfather, “and would allow me to get on with my work, without ever looking over my shoulder.” Silacci quickly learnt what was expected of him.

Silacci found himself in a similar position in his first winemaking job. He had just finished his studies at the University of Bordeaux. While he had worked in wineries and vineyards before, up until that point he had never really been given any responsibility or allowed to make decisions. In a subsequent internship, he found himself under the mentorship of Bordeaux wine legend, Denis Dubourdieu (Ch. Doisy-Daëne), who turned to Silacci and said, “You have taken all the classes, so make the wine!” Dubourdieu instantly put his faith in Silacci’s abilities, which was hugely inspiring for the young winemaker. 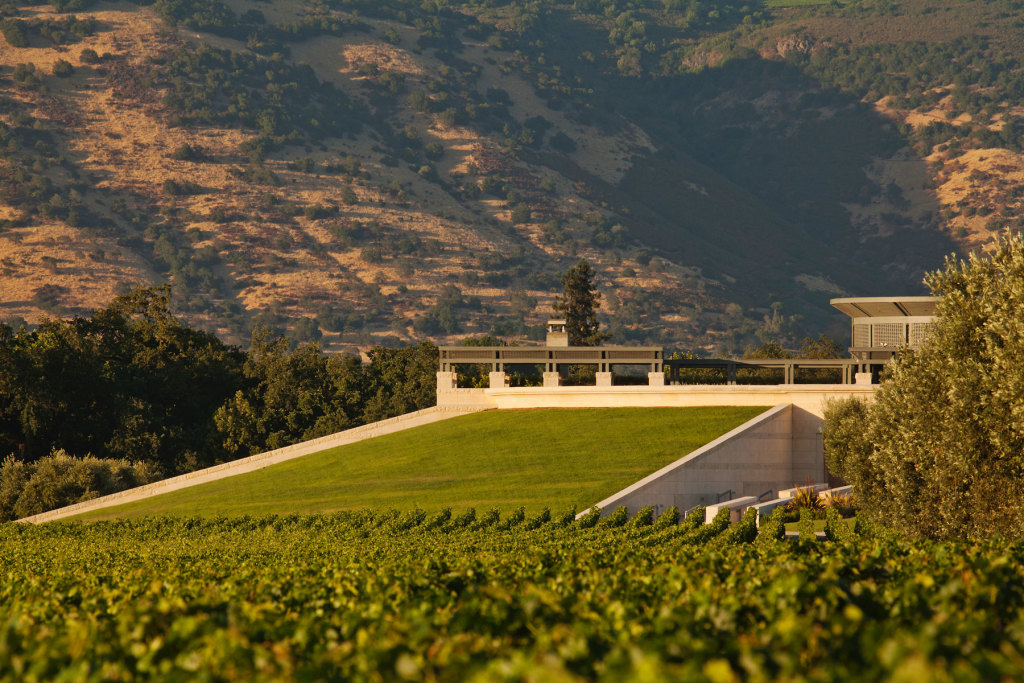 The Opus One winery in Oakville, Napa Valley

It wasn’t long before Silacci was drawn back to the US and Napa where things were really starting to develop; first working at Beaulieu Vineyard, then at Stag’s Leap Wine Cellars. In the 1990s, Silacci witnessed a lot of change in the valley as phylloxera ravaged the region. “First, there was denial, then there was anger and finally we learnt from it,” he says. “If Napa was to survive as a wine-producing region, people had to work together to solve its problems.” The group effort that followed – experimenting with rootstocks and clones, and most importantly sharing their discoveries, seeking the right combination to sustain the region’s future –was inspirational. This was a problem that couldn’t be solved by the individual.

When the opportunity arose to join Opus One in 2001, Silacci leapt at the opportunity – but it wasn’t an easy start. Silacci was used to a hands-on role, working in the vineyard and winery. At Beaulieu Vineyards, he oversaw 28,000 acres, five vineyard management teams, five winemakers and 85 grape growers. Under Tchelistcheff and Winiarski, he had learnt how to read the valley – noting how fruit in the same vineyard changed where the soils did, that different parts of the same vineyard would ripen at different times. It was this understanding of Napa’s terroir that he wanted to bring to Opus. His first week, however, consisted of back-to-back office meetings. “Don’t ever schedule a week for me like that again,” he told his PA.

Silacci arrived at Opus One with his eyes wide open and mouth shut, wanting to observe how the operation was working – and where potential problems lay. While everyone knew what they were doing, h felt that a sense of collective responsibility – and the passion that comes with that sense of ownership – was missing. 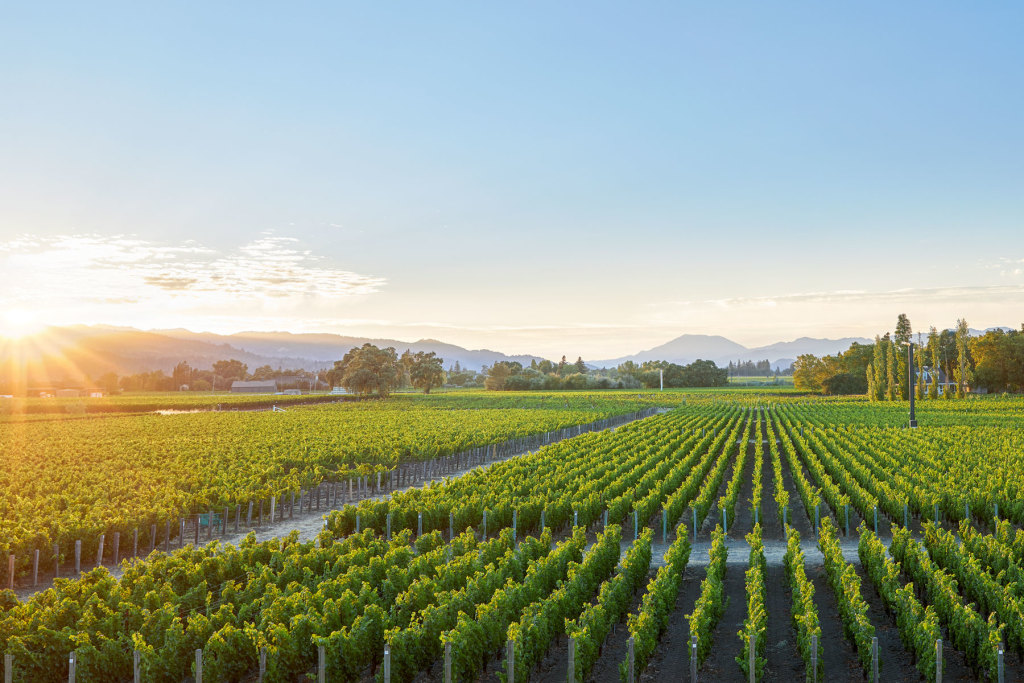 The Opus One vineyards in Oakville

In such a big organisation – operating as part of the Mondavi stable in Napa – he wasn’t going to be able to change things overnight, but Silacci didn’t waste any time in the vineyard. When he arrived, the viticultural teams worked across the brands. One week they would be pruning To Kalon (Napa’s prized vineyard, of which 100 acres goes into Opus One), and the next week they would be pruning vines for a $25 bottle of Chardonnay in Carneros. For Silacci, this didn’t make any sense, and the vines needed to be treated differently. He knew from experience that a permanent viticultural team taking ownership of the vines they cared for would improve the quality of the fruit. Within four weeks, he had two teams dedicated solely to the Opus One vineyards.

Changing attitudes in the cellar was not so easy. “It was very difficult to integrate with the team,” admits Silacci. “They were very set in their ways and were not really interested in doing things differently.” Silacci identified that it wasn’t what they were doing, but their attitude towards doing it that he felt was wrong. “The cellar crew only did one thing at a time,” says Silacci. “That was their reason for doing something well.” But Silacci, true to form, took a different approach.

“Any living thing, human or plant, has to have a sense of urgency,” he says. “If you give people too little work to do and vines too much water, they develop a sense of leisure, they get distracted and miss opportunities… But if you give people too much to do and the plant too little water, they develop a sense of anxiety. They are stressed, which is not healthy and they make mistakes.” Silacci’s goal was to find a middle path. More than that, like his mentors before him, he wanted them to take responsibility in what they did and, with that, instil more passion in the team.

“I knew they understood the mechanisms of winemaking,” says Silacci, “but I didn’t know if they felt it. I don’t know if they are passionate about what they do.” He decided to split the cellar team into two teams of three. Each was given 22 rows of the top vineyard. “Between them they had to make all the decisions on pruning, suckering, fruit drop, harvest decisions – everything.” Each team would then make around 1,000 bottles each at the end of the year. 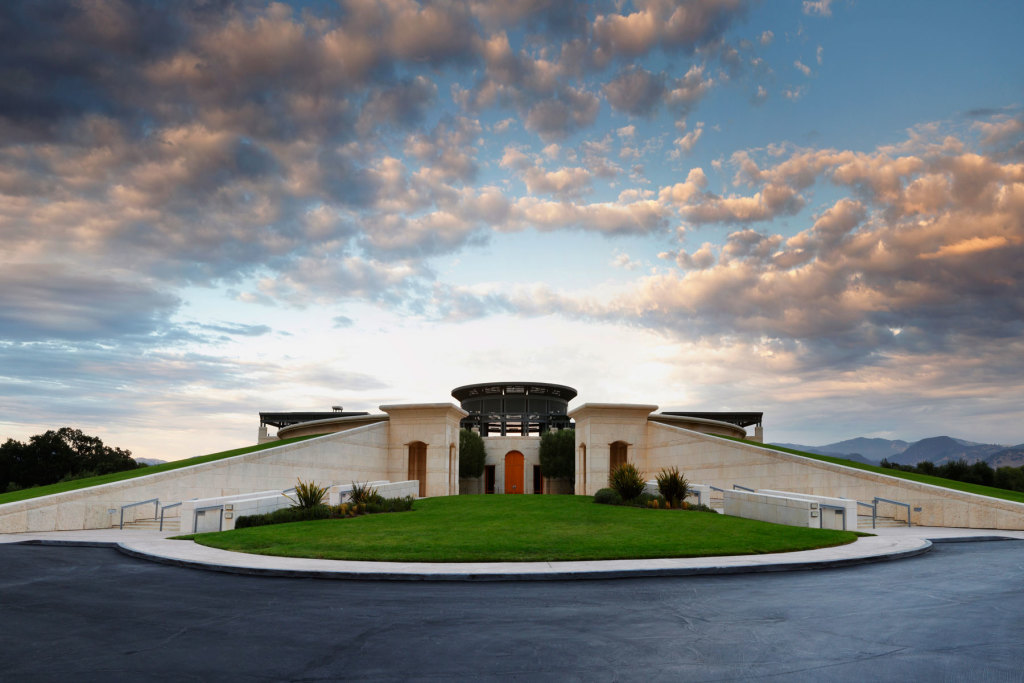 The Opus One winery

Projects like this, Silacci believes, not only gave his team a sense of autonomy and responsibility, but it helped build passion for what they were doing. “You create a sense of urgency, and you get back a sense of focus,” he says.

Silacci believes that a consensus among the team is key – but only if everyone is equally invested in the final product. Today he has a permanent team of five, who together create the final blend. They are also joined at the later stages by Mouton’s Jean-Emmanuel Danjoy and another of the Mondavi team. Typically, they produce over 50 blends each year before making their decision. And it’s the most important decision of the year. “Blending really is at the heart of Opus One,” Silacci says.

The idea is that everyone in the team has a voice – and everyone is listened to equally. He feels it took 10-15 years for the team to completely understand this consensus-driven approach.

While the theory may not always work, admits Silacci (“Ultimately it is my head on the chopping block”), his aim is to empower his team with responsibility. Like his mentors before him, he loves to give them autonomy in their role, allowing them to figure it out on their own – meaning they’re more invested in what they do. “We all have a blind spot,” he says, “But if you have people standing with you, looking out, they mask your and other people’s weaknesses and you build a circle of people each with their strengths,” he says. For Silacci, the collective – like a blend – is stronger than the individual. “The very best teams,” he says in a calming, zen-like tone, “are not circles, but spheres.” And that perfect sphere is what he continues to strive for at Opus.

Find out more about and browse all listings from Opus One 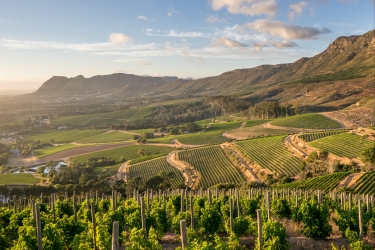