EditorialwinesOne Big Wine Moment...A Bottle of Sherry Had Me Turned

One Big Wine Moment...A Bottle of Sherry Had Me Turned 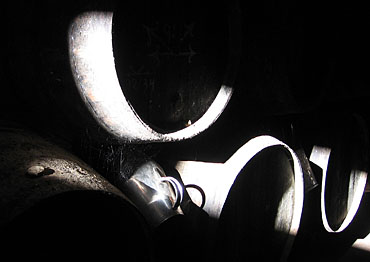 It’s easy to drop into hyperbole from time to time and I am occasionally pulled up for it.

It’s not often these days that I have a wine moment. After almost two decades of tasting and, even better, drinking fine wine the standards have got rather high. So high that I sometimes envy the novice, the young man or woman entranced by their first bottle of Gevrey. Wine moments this year have been rather thin on the ground though I did have a big one.....a bottle of Sherry had me turned.

Even the word Sherry evokes memories of old ladies, drawing rooms and the clergy (though I’m not quite sure why on the latter). For years various wine trade friends and colleagues have attempted to show me the light but have invariably failed. A few months ago Yaron Einav in our trade sales team – a true Sherry aficionado - organised a staff group buy, and his sales pitch was so good I gave in. When the wine arrived I even had to ask for instructions, which turned out to be quite simple: chill it, get some nibbles, drink it.

And I was hooked. For the first time in my life I finally “got” sherry. Extreme self-discipline was needed (something I am not long on) to avoid knocking the bottle on the head in one go, such was its delicious, more-ish, brilliance. A saline edge mixed with a Montrachet-like flamboyance and weight. Balance. It was truly grand vin. The wine was Equipo Navazos La Bota de Manzanilla 42, and I have wanted to (a) buy more and (b) offer it to our customers ever since.

Equipo Navazos was born through a love of the product itself. Writer Jesús Barquín and his now business partner Eduardo Oleja fell on the opportunity to bottle a cask of outstandingly good Amontillado at a tasting in Sanlucar. The cask stood out as being very special amongst a cast of hundreds, the owner of the cask in question was happy to reduce his stock, and an idea, and a business, was born. The original customers were friends and the following four lots were sold to a small circle of the same friends and a handful of investors. Neal Martin relates the story well here (he too was converted by the wines of Equipo Navazos - N.B. subscription required) and Jancis Robinson here.

The range has grown, and each release of Equipo Navazos is numbered, relating to a specific batch bought and bottled. The process is refreshingly simple and based purely on quality: Equipo Navazos select their favourite casks, then bottle them under their own label at the bodega that produced them.

For followers of Jerez Equipo Navazos is no longer the insiders’ secret that it was. From a selfish point of view this is perhaps a shame, though as a lover of all things vinous I implore you to try these quite excellent wines.

An offer will be following shortly, but herewith a range of Equipo Navazos' classics: 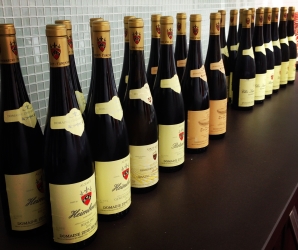