Each September, the new vintages of an exclusive group of fine wines are released via La Place de Bordeaux. Amongst the new additions this year are three exciting wines from Australia and California – giving many consumers their first chance to buy these iconic names. Find out more about our pick of the new wines below.

Founded in 1900 by Georges de Latour and his wife Fernande, Beaulieu Vineyards is one of the most historically important wineries in Napa Valley. Not only is it one of the longest continuous-running wineries in California (as one of the few that ran throughout Prohibition), it was also home to the most legendary figure in California wine history, André Tchelistcheff, who made the wine here for 40 years.

The property’s Georges de Latour Private Reserve is seen by many as Napa Valley’s first “cult Cabernet”. The wine was originally made exclusively for the family’s personal consumption, but when André Tchelisteff arrived at the estate in 1938 and tasted the 1936 vintage, he insisted that it was bottled and sold as the winery’s flagship bottling. It was released in 1940, named in honour of Georges de Latour who had died earlier that year. It soon became one of the region’s most famous and desirable wines, recognised as an example of the quality that was possible in Napa and in particular Rutherford.

Today Georges de Latour Private Reserve is made in its own dedicated winery. The fruit is selected from vineyards originally planted by Georges de Latour in the early 1900s, hand-picked and fermented in 50% new oak. This year the wine will for the first time be released via La Place, with the 2017 vintage – the 81st for this cuvée.

Jim Barry is one of Australia’s winemaking legends and a pioneer of the Clare Valley – a region now firmly recognised for its fine wine credentials. He was the valley’s first qualified winemaker, graduating from Roseworthy in 1947 and establishing Jim Barry Wines with his wife Nancy in 1959. Over the years the estate has been rightly widely praised, most recently being named James Halliday’s 2020 Winery of the Year.

The Armagh is the property’s flagship cuvée, made with 100% Shiraz, first produced in 1985. Barry wanted to produce a wine that would compete with other Australian icons such as Wendouree (a neighbour and inspiration behind the wine), Penfolds Grange and Henschke’s Hill of Grace – which it undoubtedly does. It is one of the few wines classified as “Exceptional” by Langton’s – the definitive guide on fine Australian wine.

Sourced from a single low-yielding vineyard planted in 1968, the fruit is hand-harvested in several passes. The wine is matured in a combination of French and American oak for 15 months, creating a wine that is plush and supple, with rich layers of fruit and great structure that prepares it for decades in the cellar.

The 2016 made its début on La Place this year – a wine rated 99 points by James Suckling, who described it as “one of the most impressive releases to date”, while Joe Czerwinski of the Wine Advocate declared it “my pick of the recently bottled vintages”. It’s without a doubt one to watch.

John Riddoch first planted vineyards in the Coonawarra’s famous terra rossa soils in 1891; today Wynns is the region’s most famous winery, and one of Australia’s best known. The attention to detail at this estate is exceptional, monitoring individual vines and studying the soils with a precision that places them firmly amongst an elite group of Australian wine producers. The resulting wines have remarkable balance and complexity. For over 20 years, the partnership of Sue Hodder and Sarah Pidgeon in the winery, and Allen Jenkins in the vineyards, has pushed quality even higher.

Their flagship cuvée is the John Riddoch Cabernet Sauvignon, named after the region’s pioneer and first made in 1982. It is only produced in exceptional years, with a blend of the best Cabernet parcels that vintage – representing less than 1% of the estate’s top Cabernet grapes. It tends to spend between 16 and 20 months in oak (around 30% new, a combination of barrels and hogsheads). Like Jim Barry’s The Armagh, it is one of the few wines to be listed as “Exceptional” in Langton’s Classification.

This year sees the release of the 2016 vintage via La Place – a wine that James Halliday describes as “a cabernet of the highest class”, awarding it 98 points. 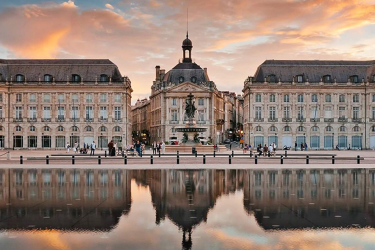