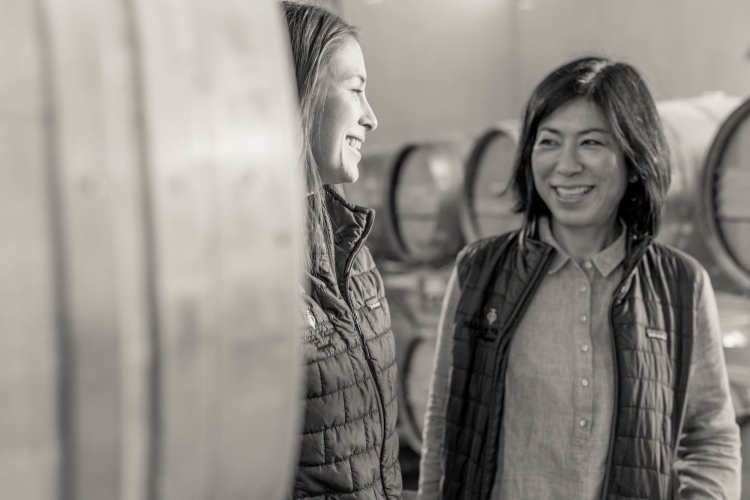 The Birth of the Cult Wine in Napa Valley

The story of Maya is a fascinating one. Widely seen as Napa’s first cult wine, it was catapulted to stardom following the 1992 vintage becoming the second ever wine from the US to be awarded 100 points from Robert Parker. This was a big deal since Parker at that time was becoming a more influential figure in the US wine market whilst at the same time collectors were starting to invest heavily into wine coming out of Napa. Yet the wine’s profile was not at all typical for the region, producing tannic wine built for long ageing from a blend made predominantly from Cabernet Franc.

Naoko Dalla Valle (the founder the Dalla Valle estate) says they were the first in the Napa Valley to plant above the valley floor, planting vines 100 metres above sea level on very steep, rocky, iron rich decomposed andesite and clay loam soils on the far eastern side of the Oakville AVA.

The vineyards are west facing giving great sun exposure but the altitude provides big diurnal shifts between day and night temperatures. Naoko believes this is key to the Estate's unique profile. Inspired by Bordeaux Estates such as Chateau Cheval Blanc, Naoko and her late husband Gustav from the outset wanted to produce a blend for their top cuvee. On purchasing the property in 1982 (initially just 3 acres of vineyards) they planted large portions of Cabernet Franc and Merlot alongside Cabernet Sauvignon. These hillside vineyards are much more variable in their soils and climates and therefore different plots proved to be better adapted to different varietals. 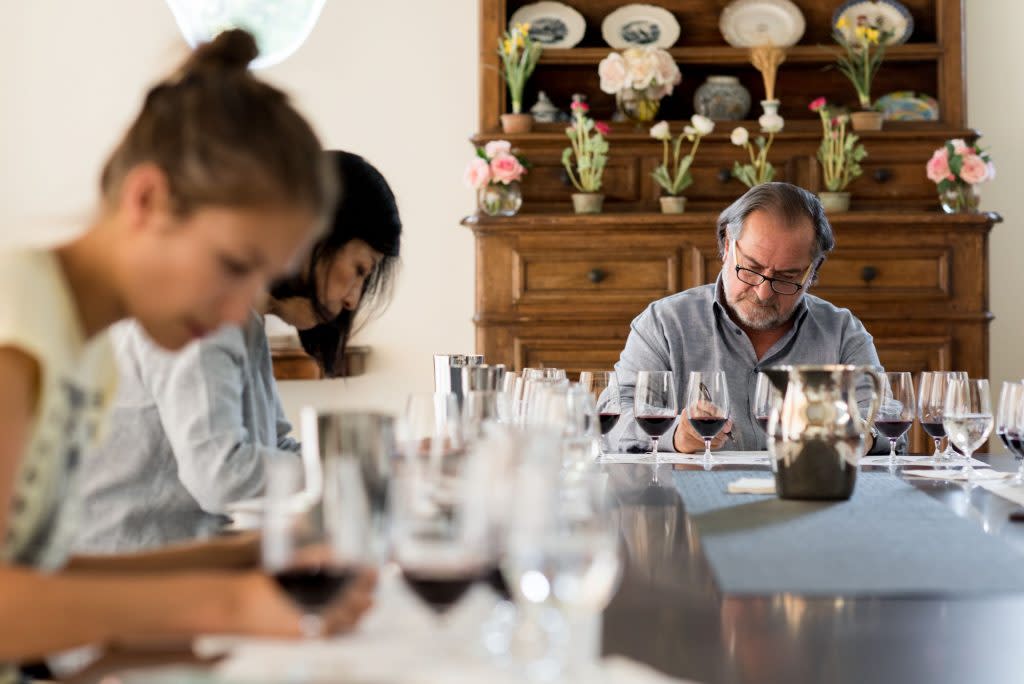 After much initial experimentation the estate found great success with the normally temperamental Cabernet Franc. Naoko found these ridged vineyards were perfect for the Cabernet Franc, a more sensitive varietal that requires moderate, even temperatures, and thrived here. Although distinct diurnal shifts in temperature from day and night have also helped provide even ripening for the variety whilst retaining freshness. Their flagship wine, Maya, made with Cabernet Sauvignon blended with a high percentage of Cabernet Franc, was first released in 1988 and was named after their daughter who was born the previous year.

Maya has always been made to be a long ageing wine and in the past made the wine fairly unapproachable in its youth, although Maya and Naoko attest that the 1989, 91 and 92 are drinking beautifully now.

In 2007 Andy Erickson (previously the winemaker at Screaming Eagle) joined the team and whilst retaining the long ageing profile distinct to the wine, worked a lot on tannin management making the wine more approachable in youth. They also have Steve Mathhiasson consulting in the vineyard once a month. The CVs of everyone working at the Estate is pretty incredible!

Despite the rave reviews and the superstar viticulturalists and winemakers, the Estate still suffered a serious set back when their vines became infected by an oak tree fungus in the late 90s. Their pioneering planting on the ridge did not account for how their proximity to the neighbouring chaparral and oak trees would affect their vines. In 1999 they made the difficult decision to completely replant their vineyard. Today their oldest vines date back to 1999 but they have since increased their plantings giving the property an average vine age of 12 years. 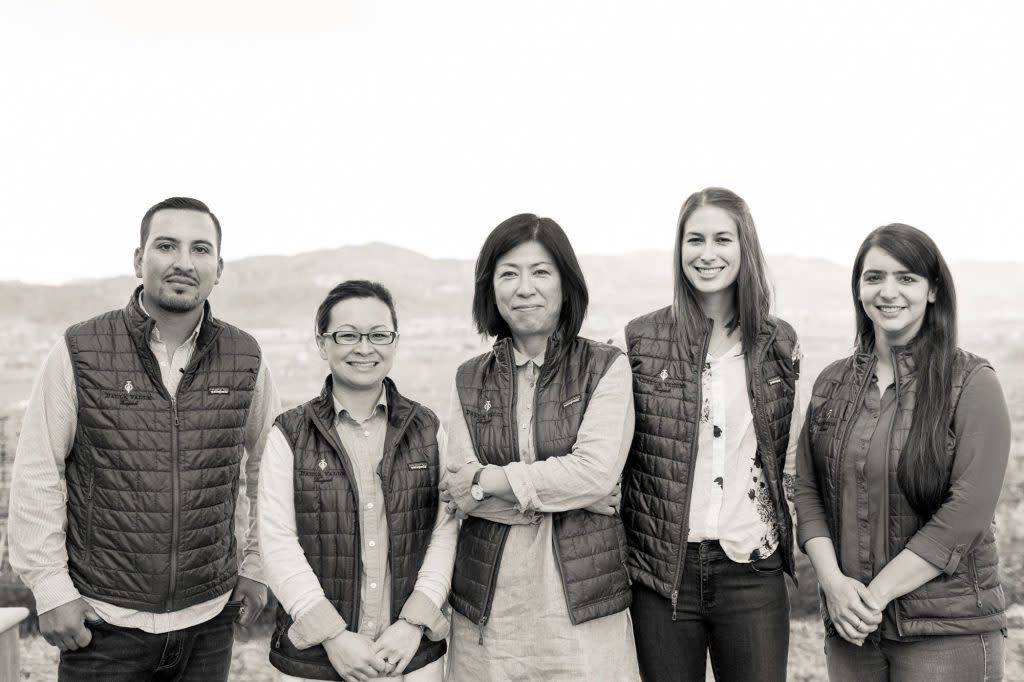 After completing her Viticulture and Enology degree at Cornell University Maya went on to work for Ornellaia, Petrus, Latour, Canon La Gaffeliere and La Mondotte before returning back to her family Estate to work as viticulturalist in the vineyards and oenologist in the winery alongside Andy Erickson.

Following her extensive experience working on some of the leading organic and biodynamic estates in Italy and Bordeaux, Maya’s influence since returning to the property was to push the importance of organic, sustainable farming setting out a 50 year long program aimed at protecting the long-life of their vines. They are also experimenting with deficit water irrigation encouraging the roots to grow deeper in an attempt to further protect the vines longevity.

Her experience working at some of the top wineries in the world also helped her understand the importance of a shared vision coupled with attention to detail stating “if you can’t assemble a team who shares the same ethics and vision for making top quality wines it makes it that much harder to progress and continue at a high caliber of work.” 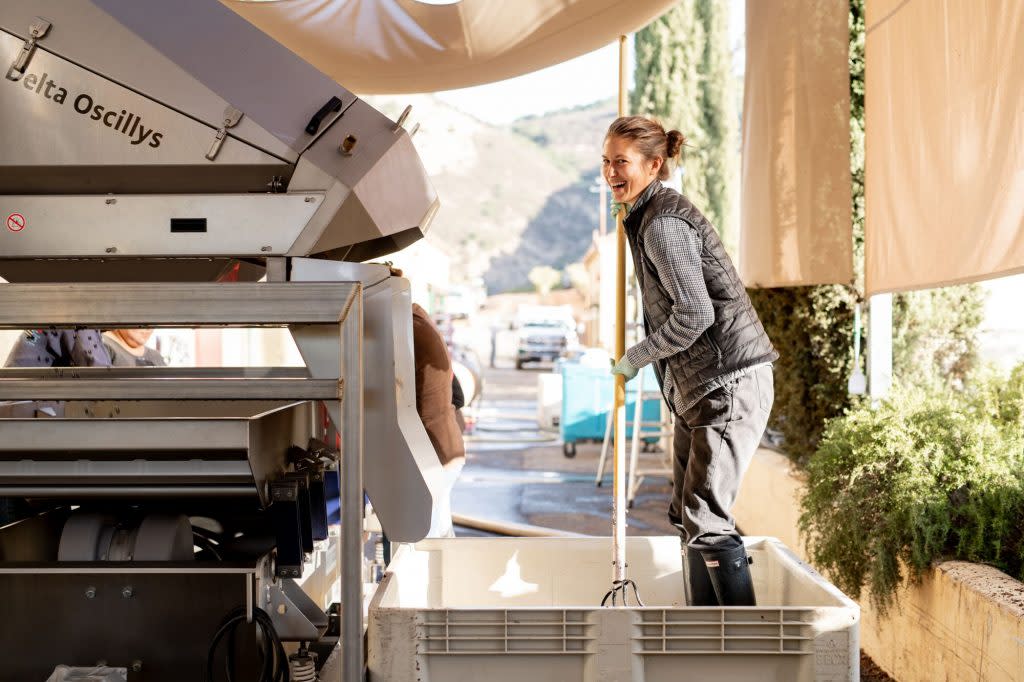 When asked how she is acclimatizing back in the Napa vineyards she identifies just how much more sunshine there is and much less disease. “Working in this climate with low humidity you see less mildew pressure and more consistency from vintage to vintage.” She also is appreciating the community spirit of Napa – “The community is more open here so information is passed freely and ideas are exchanged more frequently, which is important to continue the progression of fine wine making here in Napa.”

Maya shares her mother’s philosophy that a sign of a great wine is its ageabilty and it is essential the wine is balanced for it to be structurally sound over a 30 – 40 year period. She states it is very easy to be greedy in Napa. With the reliable sunshine you can get as much as you want. This was behind the very stylistic choice of the 90s/00s where extended “hang-time” on the vines produced huge bombastic wines but didn’t have the balance to age. Maya’s philosophy always took a different path and remains one of the Valley's most ageworthy wines. Compared to many of the cult wines of Napa, this stance has never been more in favour. 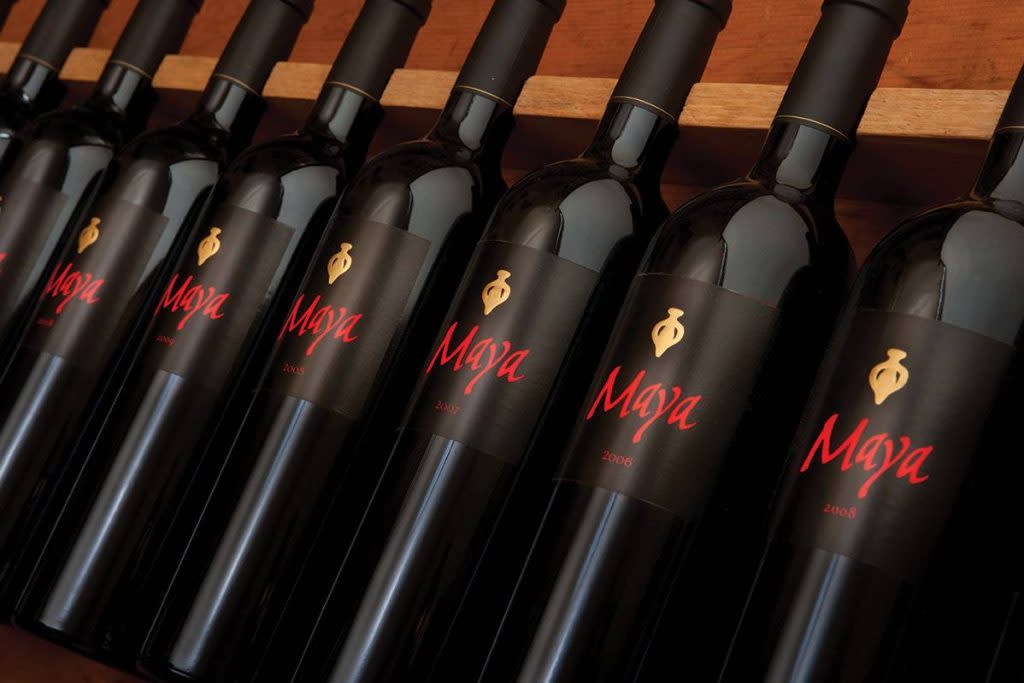 24 HOURS IN… MONTPELLIER WITH ANDREW JEFFORD