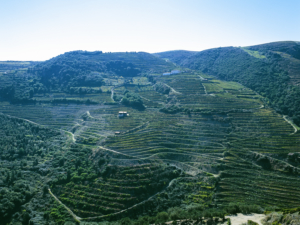 Whilst the world of wine is abuzz with this week’s 2016 Vintage Port releases, we also want to shine a light on a producer who is involved with the world’s oldest (rather than newest) Ports. The recipient of an International Wine Challenge trophy for the best 40 Year Old Tawny Port, Miguel Braga’s aged Ports are becoming must-haves for fine wine collectors.

Ageing is key to Port. Legally, a Ruby can be released after three years, a Late Bottled Vintage after six and a Vintage Port after only two. However, these fortified wines really only start hitting their prime at 20 to 50 years of age. Braga has been making his name releasing stunningly old Ports at 50, 60 and 90 years old from his five estates (Quinta do Mourão, Quinta da Poisa Quinta das Marialvas, Quinta da Costa, Quinta do Sol).

Only relatively recently has the world outside of the Douro been exposed to these fantastically old wines. This is because it was only from 1986 onwards that Douro wine producers could legally bottle their wines and export them themselves. Before this, all Port wine had to be bottled in Gaia and therefore production was dominated by the main Port houses based on the banks opposite Porto. 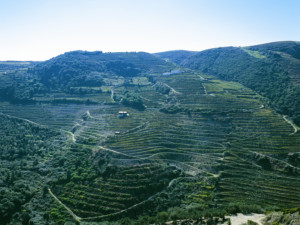 When Miguel Braga first approached the large Port houses with his collection of very old White and Tawny Ports, he was told that the market wasn’t interested in these old wines and that drinkers only want 10-20 year old Tawnies. In this respect these monolithic historic cuvees remained treasures only the locals could enjoy. It was always a tradition in the Douro for each family to always have a number of old barrel of Ports in the cellar that were passed down from generation to generation, drunk on special occasions and festivities. With 38,000 hectares and each grower on average owning just 1.5 hectares of land you can imagine the number of potential aged cuvees that might still exist in the Douro.

Whilst growers like Braga represent only a tiny proportion of the world’s Port production, their ability to bottle their own stocks along with the growing global interest in rare old Ports has created a real air of excitement around each aged Port release. These boutique Port estates, similar to the small growers of Champagne, are entering into a renaissance. Wine aficionados are now looking for rare and authentic handcrafted wines, made and aged in the original estates in the Douro rather than in Gaia, giving the wines a distinctive flavour profile. The Douro profile is more intense, dark, thick, sweet and spicy, with more intense aromas. 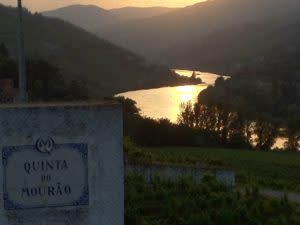 In the grand scheme of premium wine producing regions, Port has had a tough time in the modern wine era. This is largely due to the consumers’ general move away from sweet fortified wines (particularly at the mass market end of the spectrum) with drinkers moving towards lighter, drier styles. This has led to a huge reduction in annual Port production, decreasing by 50 million bottles in recent times.

With such a decline in overall sales, many small Port houses have sold out to the large Port houses. However premium Ports are having a resurgence amongst many wine aficionados, and now aged Ports are seen as one of the great bargains still to be found in the upper echelons of fine wine.