EditorialwinesCh. Latour: the power of silence 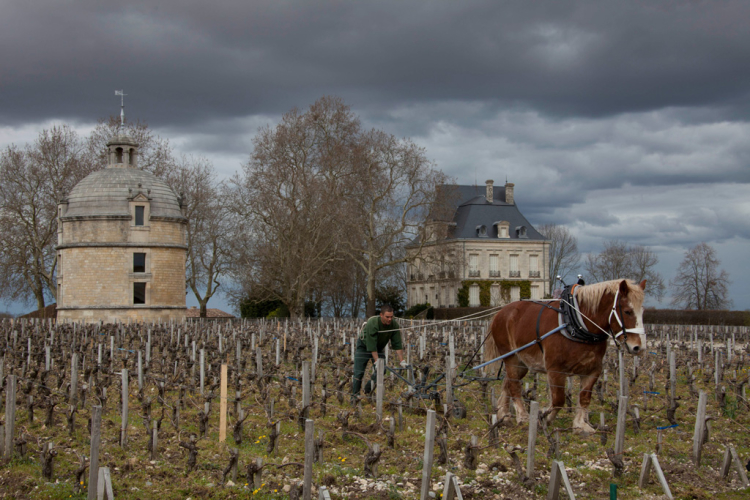 Few wine producers are as lauded as Ch. Latour. Ahead of the release of their 2005, Sophie Thorpe attempts to look behind the curtain at the legendary First Growth estate

Ch. Latour doesn’t need PR. The Pauillac estate, one of Bordeaux’s five hallowed First Growths, is rightfully revered. But browse Google and there’s an almost eerie absence of stories about what you’d imagine is one of the world’s most storied estates. It can, and does, let its wines do the talking.

Sure, when it broke ranks and walked away from en primeur in 2012, there was a flurry of activity – as the wine world rushed to record Latour’s momentous decision. But even then, the news came via a letter to négociants, none of whom were particularly willing to comment on record. There’s been little noise from the estate itself. Even the release of its first vintages since it left en primeur (2012 and 2013, for the Grand Vin, in 2020 and 2021, respectively) didn’t come with the patter of press interviews.

It’s hard not to draw comparisons between the style of its wines – powerful, precise and stern – and the team here. Their quiet breeds confidence.

The estate has some of the Médoc’s finest terroir. Right next to (just 300m from) the Gironde, the temperature is moderated; this combined with the natural airflow shields them from extreme weather (even in severe frost years such as 2017 or 2021, the damage at Latour has been negligible). But it is the soils – the free-draining gravel layered over sticky blue clay (the latter the same sort as found at Pétrus) – that makes the place truly special.

While the property’s reputation stretches back to the 14th century, many pinpoint the moment it was bought by François Pinault in 1993 as pivotal. The billionaire – who currently sits at number 32 on the Forbes list – invested heavily and hired CEO Frédéric Engerer, the man who has in turn led Latour firmly to the front of the pack.

Of the 10 most recent vintages of Latour reviewed by the Wine Advocate, four received perfect scores, another two got 98 points. This is a property at the very top of its game. So why the silence?

“We are all focused on what we do. When François Pinault bought the estate, when Frédéric Engerer joined as CEO, the aim is to make the best wine possible. That’s the priority,” Jean Garandeau, the property’s Sales and Marketing Director, tells me. “We are not sending tons of press releases,” he says. “We like to communicate with our clients one-to-one.”

The face of Latour amongst the trade, Garandeau seems equally mysterious when looking at his digital footprint. He grew up around wine – guaranteed with a Burgundian mother and Bordelais father (“We were used to having good wines and good food at our table,” he tells me).

But it was the commercial side that officially drew him, heading off to business school in Paris, before a stint at Moët Hennessy managing the marketing for Krug. He arrived in Bordeaux in 2010, working across Pinault’s straight flush of wine estates (under the Artémis group) – now including Eisele Vineyard, Ch. Grillet, Domaine d’Eugénie, Clos de Tart and, of course, Latour. Unsurprisingly, given the places, the people and bottles involved – it’s a gig he’s happy to keep. 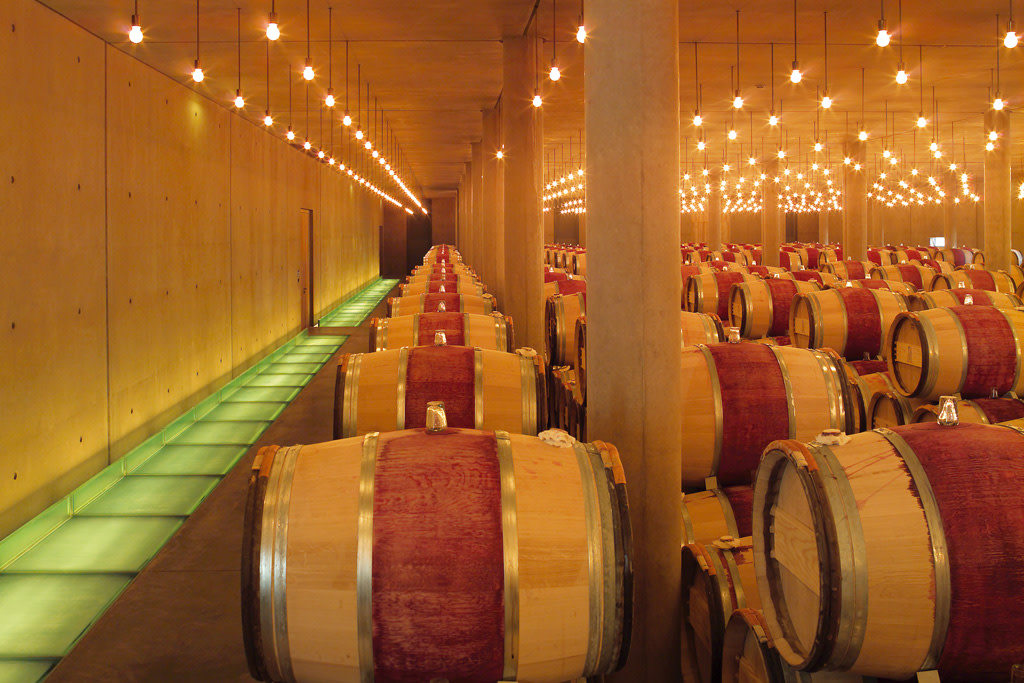 The challenge with such pedigree, of course, is how one manages to stay on top. Asking Garandeau, he says: “Never get satisfied by what you are doing.” And it seems there’s no risk of complacency at Latour. Despite the limited drip-feed of information, it is clear that the First Growth is more than happy forging its own path.

The property started experimenting with organics in 2007 – “to understand the impact of these methods in a oceanic climate”, Garandeau explains. They picked the most sensitive plots to test the limits of organic viticulture. Almost a decade later, they converted the entire estate, becoming officially certified in 2018. The historic heart of the estate, L’Enclos, is now farmed entirely biodynamically – although they don’t plan to shift the entire 95 hectares to biodynamics.

While Garandeau won’t offer any details, there are “lots of experiments – but nothing we are communicating about”. The aim, however, is “to make this place in harmony with its environment”. Since the winery was renovated in 2001, the team has been able to vinify plots individually, allowing a broader palette when it comes to blending. Today, they’re also looking to reduce sulphur – in particular when the grapes first arrive at the winery, feeling it is something that results in fruit of greater purity and complexity.

What’s next? “Constantly looking at what could be the solutions of tomorrow to fight against climate change, to introduce even more biodiversity at the estate,” Garandeau says. To find out exactly what those solutions are, we’ll need to wait and see. 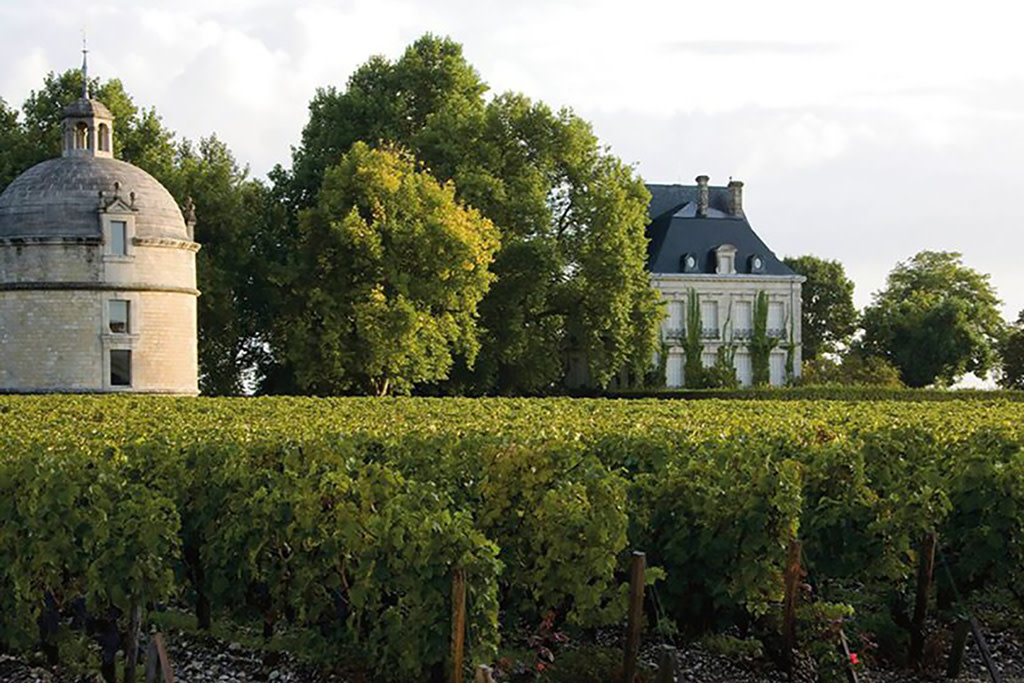 There’s a clear reluctance to reveal too much. Perhaps of course, it’s because – inevitably – people continue to ask about the shift away from en primeur, the reasons behind it, and whether they feel they made the right choice.

So, did they? With only two vintages released under the new system, it’s too soon to say. But, there’s no doubt that demand for Latour remains strong.

While Bordeaux properties are holding back and increasing proportion of stock for mature ex-château releases with perfect provenance (and an associated premium), no one – yet – has been bold enough to follow in the First Growth’s footsteps.

This month sees the release, or re-release, of a parcel of 2005 Latour – a star-studded vintage that has left critics suitably impressed (Antonio Galloni described the wine as “life-affirming”). It was, in Garandeau’s words, an “easy” growing season – dry and warm but with doses of rain at the appropriate junctures – that produced stunning wine, only on the cusp of its extensive drinking window.

“It combines a lot of very top elements. It’s a vintage that has naturally a great backbone, great tannin structure, magic of ripe and quite juicy fruit at the same time… but keeps that wonderful balance,” he says. “It’s definitely in the league of the great vintages we produced in the 20th/21st centuries.”

It’s hard to imagine the lure of this fabled stalwart of the fine wine scene fading. Approachability is over-rated – this is a property in it for the long-term. And as anyone lucky enough to have tasted any number of legendary vintages from this estate knows, it’s well worth the wait.

Ch. Latour has now released a parcel of 2005 as part of the September Series: find out more here. Register interest in other upcoming releases or browse those that are already available here 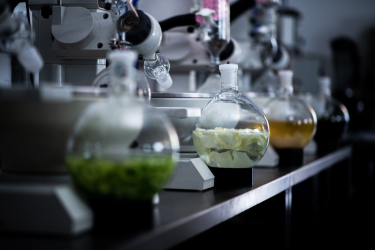