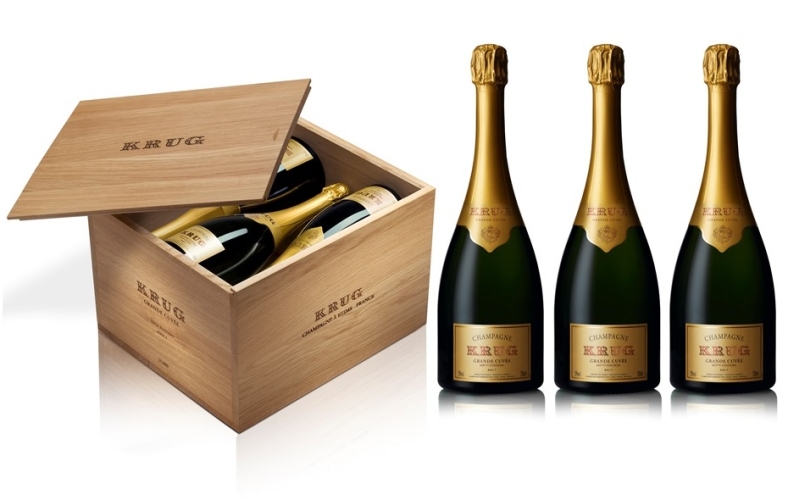 FINE+RARE have unearthed a rare opportunity to own a Krug Grande Cuvée mixed case...

We have secured thirty limited edition collections containing six bottles of Krug Grande Cuvée recreated in three different years - 2006 base x 2 bottles, 2005 base x 2 bottles and 2004 base x 2 bottles - in original wooden cases. Read on to find out more about this fabulous offer, or alternatively click the button below to jump straight to the product and secure one while this limited allocation remains.

Leading Champagne expert Richard Juhlin says of this world famous brand: "Krug is more than a Champagne. it is a word that stands for artistry, tradition, craftsmanship and moments of pure pleasure... All Krug's wines are small masterpieces... If the opportunity arises, never miss the chance to drink a Krug!"

We couldn't put it better ourselves. Their wines are painstakingly fermented by cru in old oak barrels, remain on the lees for a minimum of six years, are racked twice rather than being filtered and undergo no malolactic fermentation; all of which contributes to their incredible quality, potential to age and critical acclaim.

Krug Grande Cuvée is an exceptional blend of frequently more than 120 wines from ten or more different years. Consider this the elaborate epitome of master blending. Eric Lebel, Chef de Caves at Krug, says: "Every year, we recreate from scratch the multitude of facets that form perfect harmony on the palate, no flavour dominating or competing with another; this is the main characteristic of Krug Grande Cuvée. Its myriad aromas make Krug Grande Cuvée the richest of them all. Its true generosity means that everyone can find something in it that stirs their emotions." As spokesman for Krug puts it, this wine transcends "the very notion of vintage" and "blending many years gives Krug Grande Cuvée its unique fullness of flavours and aromas, incredible generosity and an absolute elegance that are impossible to express with the wines of just a single year."

And the critics agree. Richard Juhlin, who by his own admission is very familiar with Krug Grande Cuvée, says: "This exceptional wine is one of the Champagnes I've drunk on the greatest number of occasions—more than 200 times, in fact. Almost every time, some new element is revealed." and "After a few years in the cellar it outshines competitors' vintage Champagnes."

This wine, which has previously caused Jancis Robinson to exclaim: "This is so different from – more complex than – most Champagnes!", is normally a blend of around 44% Pinot Noir, 37% Chardonnay and 19% Pinot Meunier from Mesnil-sur-Oger, Avize and Villers Marmery. With the base wines being a hand-crafted labour of love over two decades and the final Champagne ageing for around a decade, each bottle is something truly special.

Krug have introduced an identification system - #KRUGID - on the back of each bottle, which allows the owner to track the journey of its production.

The case contains two bottles that received their corks in winter 2014 with #KRUGID: 414082. This pair are a blend of 142 wines from 11 different vintages with the oldest being 1990 and the youngest being 2006. Although the critics haven't reviewed this particular disgorgement, Antonio Galloni has reviewed #KRUGID: 113006 - also a blend of 142 wines from 11 different vintages ranging from 1990 to 2006, but disgorged earlier in winter 2012/13 - and awarded it 94 points, saying: "This is one of the very best versions of the Grande Cuvée I can remember tasting in recent years. The impression of total silkiness on the palate is classic Krug. Even though this relase is exceptional today, I would be tempted to cellar a few wine for the future, as the best Grande Cuvées age effortlessly." Jancis Robinson tasted the same wine disgorged in Summer 2013 and gave it 18.5 points, describing it as "A wine to contemplate that works towards the finish like a great Burgundy."

The case also contains two bottles that received their corks in summer 2013 with #KRUGID: 313037. This pair are a blend of 134 wines from 12 different vintages with the oldest being 1990 and the youngest being 2005. Once again, the critics have not reviewed this particular disgorgement, however Antonio Galloni has reviewed #KRUGID: 113001 - also a blend of 134 wines from 12 different vintages ranging from 1990 to 2005, but disgorged earlier in winter 2012/13 - and awarded it 94 points, saying: "The NV Grande Cuvée is absolutely stellar... The flavors are bright, focused and beautifully delineated throughout, all of which make me think the wine will age well for many, many years." Wine Advocate's David Schildknecht tried the same wine disgorged in winter 2011/2012 and rated it at 95 points and described it as "mind-bogglingly complex" and expressed a* "plan to follow this beauty for a dozen or more years."

The final pair received their corks in spring 2014 with #KRUGID: 214025. They are a blend of 121 wines from 12 different vintages with the oldest being 1990 and the youngest being 2004. Antonio Galloni reviewed #KRUGID: 211024 - also a blend of 121 wines from 12 different vintages ranging from 1990 to 2004, but disgorged a three years earlier - and awarded it 91 points, saying: "The NV Brut Grande Cuvée emerges from the glass with freshly cut flowers, almonds, pastry and spices... Another year or two on the cork will only help the wine gain expressiveness and depth." The wine in this case is the same base as that tasted by Galloni, but rather than receiving "another year or two on the cork", it has received a further three on the lees, so you can expect even more richness.

These three very special wines - presented in pairs allowing the owner to evaluate how they develop - packaged in an original wooden case, would make a perfect gift for any Champagne connoisseur or Krug fan. With only thirty available we fully expect this allocation to sell out rapidly. To get your hands on one, either contact your Account Manager as soon as possible or buy directly online directly by clicking the button below... 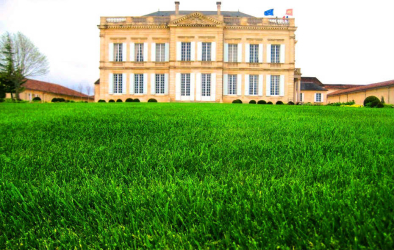