F+R HOME is our contemporary retail and private members’ space in the prime Central district of Hong Kong. It's a destination where you can discover, drink and purchase some of the finest wines ever made. This week saw the arrival of our first collection of wines into the venue; a selection of some of the rarest wines in existence, many of legendary status. The collection offers fine wines across the price spectrum, ensuring there is an exceptional cuvée for every occasion...

The collection contains a Burgundy collection to die for, with multiples vintages, large formats and a wide variety of Grand Cru and Premier Cru wines from Domaine Leroy, Auvenay, Romanee Conti, Coche Dury, Leflaive, Raveneau, Rousseau, Roumier, Ramonet, Bachelet and Comte de Vogue just to name a few. Other iconic legendary cuvees from the all over the world include the likes of Sine Qua Non, Rayas, Poggio di Sotto, Petrus, Trimbach, Schrader, Sandrone, Salvioni, Clos Rougeard, Haut Brion, Dal Forno, Lafite, Clos Eramus, Diamond Creek, Mount Mary and many more. The range has been curated to cover every fine wine region of the world, placing legendary benchmark wines from each region side by side.

Hong Kong Home also contains some more esoteric collections such as a number of back vintages from cult classics such as Edmond Vatan's Sancerre Clos de la Neore, arguably the rarest Sancerre on the planet coming from a single hectare in Chavignol.  There is also a vertical of vintages from David Abreu's most famous Madrona vineyard in Napa. David Abreu being one of Napa's most influential vineyard managers working with many of the top Estates including Harlan, Colgin and Bryant before purchasing his own vineyards in 1986 and delighting critic and consumers alike with his incredible wines. The Hong Kong vertical is made up of Madrona's perfect scoring 100pts vintages. Michel Gaunoux still remains under the radar to many Burgundy collectors but those in the know have for a long time realized the quality of this domaine dates back right through the century. HK Home has a fascinating selection of his top wines dating back to the 1960s, 70s and 80s.

A quick snapshot of the collection includes highlights such as Pingus 1995, the first ever vintage made of the wine which wowed Robert Parker declaring it "one of the greatest and most exciting wines I have ever tasted" sending its reputation into orbit almost immediately. Whilst there were only 325 cases made in the first place, the wine became rarer still in 1997 when a shipment of wine to the US (a quarter of the entire production) was lost when the ship sank in the Atlantic. We sourced this wine direct from the original US importer Jeffrey Davies, ensuring the highest provenance.

Another highlight is the Cheval Blanc 1947 described by the winery itself as “the greatest Cheval Blanc of the 20th century”. The miraculous vintage was something quite unique due to the very hot summer creating a wine of incredible concentration and an alcohol level pushing 14.6%. Pierre-Olivier Clouet (the technical director at Cheval Blanc) described the vintage as an incredibly difficult wine to make due to the high level of sugar. Huge blocks of ice had to be brought to the winery every day to try and cool down the cellar during the fermentation. Clouet admits that the wine was not fermented to dryness with 3 grams of residual sugar and a high level of volatile acidity. However these “faults” actually benefitted the structure and richness of the wines and enhanced their aromas. As  Clouet states: “the wines natural richness does not make them seem like defects”. Another unique element to this vintage was that, due to the war, there were no new barrels available so the wine was matured in barrels that were between 5 to 10 years in age. According to Clouet, “It features rich, generous, extraordinarily complex aromas that defy description…The quality of the soft, smooth tannin is utterly incomparable. The aftertaste is a never-ending firework display, and without any dryness. A fascinating wine: absolutely unique in the world of wine”.

No top collection would be complete without a selection of wines from Domaine de la Roman**ée-Conti and one highlight is the large double magnum of Roman**ée-Saint-Vivant 2003. DRC in large format is phenomenally rare and difficult to source, yet our fully authenticated collection contains this double magnum of which only a handful were ever bottled. The DRC collection at F+R HOME contains wines from 2003, 2004 and a Richebourg from 2005.

Chateau Yquem has extraordinary ageing potential and the HOME collection contains a selection of inter-war vintages still very much in their prime. The collection includes wines from very difficult periods in history where, despite the political issues of recession followed by war, the Chateau managed to produce high quality wines throughout. Vintages include 1927, 1928, 1937, 1938 and 1939, as well as happier times in the great post-war years of 1949 and 1950 which proved exceptional vintages for the property. All of the wines have come direct from the winery and were only released from the property in 2018.

Another wine with an extraordinary story that forms part of the first HOME collection is Taylors 1863 Tawny Port. The history of this wine is an intriguing one in that the wine did not start off as a Taylors wine at all. The wine came into Taylors’ ownership when they acquired Weise & Krohn in 2013. However Weise & Krohn’s own operation did not start until 1865, making this wine something they must have purchased following its production. Subsequently, this tawny became the estate’s pride and joy and was lovingly aged in 2 casks in their warehouse in Gaia for 140 years. This vintage is regarded as the last great vintage before the spread of phylloxera in the Douro. Neil Martin waxed lyrical on first tasting it, stating: “I cannot remember the last time I encountered such a jaw-dropping drop of alcohol as Taylor’s 1863 Single Harvest Tawny Port. The 1863 Tawny is a Port from another time and another world, but whose pleasure is with us today”. With only 1,600 crystal decanters ever released of the wine, it is another fine and rare classic, available to discover at HOME Hong Kong.

We look forward to welcoming you to F+R Home Hong Kong soon. To learn more about our first Home, or to stay informed about the latest developments, Contact Us here. 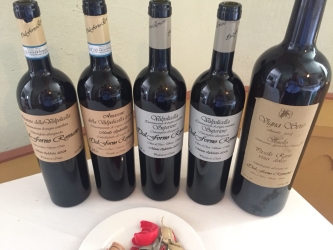