Henri Boillot is widely seen as the top micro-negociant for the production of the Cote d’Or’s finest white wines, including Le Montrachet. He abhors heavy whites therefore expect the style of his white wines to be lean, precise and razor-sharp.

His red wine profile however is notably different. Whilst he believes acidity and tension are vital for white burgundy, he finds phenolic maturity is the most important factor with the reds, making him one of the first to pick his Chardonnay grapes and one of the latest to pick his Pinot, producing ripe, rich, fleshy, heady-styled red wines.

We spoke to Henri this week regarding the 2018 vintage and he is very happy with the results. He describes how the vintage started with another warm winter, which meant there was no freezing conditions to help de-compact the vegetation and soils. However, the first 3 months were a particularly wet start to the year, which helped build up the necessary water reserves required for what would be an extremely dry summer. April was warm and thankfully there was no frost (unlike the previous two years). Calm weather through May and June saw even flowering whilst a scorching July and August brought great concentration to the grapes. The harvest came in during ideal mild and dry conditions.

Henri started picking on August 27th , starting with his Volnay reds, this is the earliest date he has ever picked his Volnay wines. He then picked his Meursault, followed by Puligny and then Corton before picking Pommard and then the Grand Crus of the Cotes de Nuits.

In regards to the profile of the vintage, the whites wines remind him of the 2009 and 1999 vintages. He describes the final result as, “a very fresh vintage with the majority of aromas taken up by white flowers, white peach and yellow grapefruit. The wines have a lot of energy, minerality and are very pure”. He believes the vintage will mature faster in bottle than both 2017 and 2016, with the village wines to be drunk within 5 years and the Premier and Grand Crus within 10 years.

For the red wines – “the aromatic palate is very complex with black fruits, blackcurrant, very ripe cherries, spice, black pepper and tobacco." Henri is very excited about the quality of the Volnay reds in 2018 describing them as “wines of great precision and having a beautiful purity. The 2018 reds have the definition of great pinot noir – elegance, delicacy with very silky and fine tannins.”

When we talked to Henri this week, he had just finished bringing in the 2019 harvest and he reported that 2019 is also another very high quality vintage – “really sublime”, but the production compared to the 2018s is 50% down.

Henri Boillot is widely seen as the top micro-negociant for the production of the Cote d’Or’s finest white wines including Le Montrachet. Outside of his micro-negociant label, Henri Boillot also has an impressive collection of domaine sites (vineyards owned as opposed to managed by Henri Boillot) including Batard Montrachet Grand Cru and the monopole 1er cru site of Puligny Montrachet 1er Cru Clos de Mouchere. – an enclosure within Les Perrieres bordering Clavaillon. Due to it being their monopole site (exclusive owned by them), it is the most famous wine associated with the domaine and often is the most critically acclaimed outside of their Grand Cru vineyards.

Henri Boillot’s wines remain in high demand, and probably none more so than the always exceptional monopole of Puligny-Montrachet Clos de la Mouchère. The quality coming from these up to 80 year-old vines is fast developing a cult following and a stunning reputation. Combine that with Henri Boillot’s perfectionism and a no-expense-spared approach it is no surprise that Allen Meadows thinks this superstar producer “has arguably become the finest pure négoce specializing in white Burgundy today“.

Whilst Henri Boillot is famous for his world class whites, the hard work of his son Guillaume to improve their red wine production has more recently seen the domaine produce some exceptional reds. If you like the richer more opulent fleshy ripe style of Pinot Noir, don’t miss the opportunity to secure some of top cuvees like his Bonnes Mares – they are some of the finest examples made in this style found on the Cote.

The Boillot family have been making wine in Burgundy since the early 1900s and Henri is the third generation to produce wines from the domaine.

The domaine is a father and son team with Henri the father taking care of the white wine production and his son Guillaume in charge of all viticulture as well as red wine production. Guillaume’s influence on the red wines has brought an added refinement to the wines and have become exceptional benchmarks for some of the Cote d’Or’s top vineyards.

The winery is based in Meursault, strategically placed to best manage the two main appellations. The top white wine and only Grand Cru site of the domaine wines is their Batard Montrachet, a vineyard acquired in 2011. Their monopole premier cru Puligny Montrachet – Clos de la Mouchere translates as a burgundian word for “bee”. The domaine produces a total of four 1er cru Puilgny sites, one Meursault 1er cru site and Batard Montrachet Grand Cru. The domaine red wines consist of three Volnay 1er cru sites and a village Volnay.

The domaine wines of Henri Boillot are based predominantly in Puligny Montrachet for their white wines and Volnay for their reds. The stars of the show are the Montrachet, Bâtard-Montrachet and Chevalier-Montrachet Grands Crus.

Henri is proud to regard his leased vines just the same as his own and he spares no expense on their maintenance. The top sites here, particularly the vines based on the Puligny side of the appellation, and indeed the Puligny-Montrachet AC itself, have gone from strength to strength in Boillot’s hands, receiving unanimous approval from all the major critics in every vintage. Further down the Côte de Beaune, Boillot has had spectacular results making Meursault and Corton Grands Crus.

Henri Boillot is often the first to pick on the Montrachet slopes. He prefers to pick early to retain freshness with healthy acids and will chapitalise up to 13%abv if necessary. The wines are barrel fermented and Henri plays around with a healthy amount of lees during the élevage although does no battonage (lees stirring) during the ageing in barrel, keeping the wines complex but with plenty of tension.

Even the Bourgogne Blanc receives much the same treatment as the top Premier Crus, that is to say an extended barrel maturation on healthy lees (and no stirring), albeit in a lesser proportion of new oak. Typically Boillot uses larger than normal 350 litre barrels (typically 50% new oak) to retain the fruit purity of his wines.

Henri Boillot was an early forerunner in non-interventionist lute raisonee viticulture with strict limited access into the vineyard to preserve soil integrity. In the current winery (built in 2000) white wines are whole bunch pressed, vinified without any battonage and aged in new or 1 year old barrels.

The reds are a mix of whole bunch and destemmed berries and aged in 50 – 70% new oak casks.

With access to Montrachet, Chevalier Montrachet, Corton Charlemagne for whites and Bonnes Mares, Clos de Beze and Chambertin for the reds these wines are some of the highest scored from these great appellations.

The Maison Henri Boillot negociant wines include all the white Grand Crus - Corton Charlemagne, Montrachet, Criots-Batard Montrachet, Chevalier Montrachet and Bienvenues Batard Montrachet as well as the top 1er cru sites in Meursault and Puligny Montrachet. The Maison produces a total of 13 additional white wines and 6 additional red wines – including Chambertin, Clos Vougeot and Bonnes Mares Grand Cru sites. All the wines are made in the same winery as the Domaine wines. 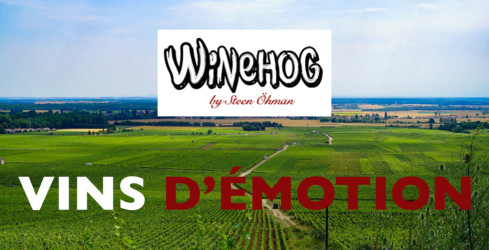