Gosset 1995 "Les Celebrissimes" - Behind the Bottle

This is an extraordinary Champagne in which just a thousand bottles have been commercially produced and sits alone at the very top of the tree of prestige cuvees from the Gosset Champagne house. This 1995 “Les Celebrissimes” cuvee will be the first ever “double aged” release from Gosset - a Champagne of exceptional quality.

Since the first 1990 Celebris, released on to the market in 1998, just 7 cuvees have been produced since. The original 1995 Celebris cuvee was first launched in 2002 and disgorged just prior to release. At the time it was just the third ever release from the Celebris range. Although at that time there was no real plan to hold back any more commercial stock, Gosset did hold on to a number of bottles to examine how the wine would develop further in bottle. The result of such an experiment is the 1995 Les Celebrissimes, a spectacular cuvee that just highlights the quality of the vintage, its ageing ability as well as the positive effects of double ageing high quality Champagne.

1995 Les Celebrissimes is not a late disgorged cuvee (like the Dom Perignon Plentitude series). Gosset’s experiments of ageing Champagnes after disgorgement have found that double ageing the Champagne on both lees and then in bottle (without lees) have produced the best results. For Gosset, late disgorgement does not necessarily keep the Champagne fresh. The Les Celebrissimes was disgorged at a later date than the original Celebris 1995 (in 2006) in what is known as a “double-aged” cuvee in which the wine is aged 10 years on its lees and then another 13 years in bottle. The philosophy behind this process is to find the balance between a reductive and oxidative style producing a Champagne that is beautifully open whilst retaining intensity, tension and persistence.

Gosset’s style of Champagne does seem to perfectly suit this method, since they are known to make very taught vertical Champagnes, fermenting only in stainless steel, blocking all malolactic fermentation and avoiding any weight from the effects of barrel maturation. Instead Gosset Champagnes only gain weight and density through age and this requires a serious amount of patience. For this to work the grapes need to be of the highest quality.

The grapes in the 1995 Les Celebrissimes come exclusively from 100% Grand Cru vineyards, the four top Pinot Noir vineyards of Bouzy, Verzenay, Ay and Ambonnay and the four Chardonnay Grand Cru vineyards of Cramant, Avize, Mesnil-sur-Oger and Oger. Only the first press juice is used retaining the highest levels of acidity helping with the wines ageing potential. The last 4 years, prior to its disgorgement the wine is aged on its lees “sur pointe” in which the bottle is held upside down so the lees are kept in the neck giving the wine a more subtle lees flavour in order to protect the fruit purity. 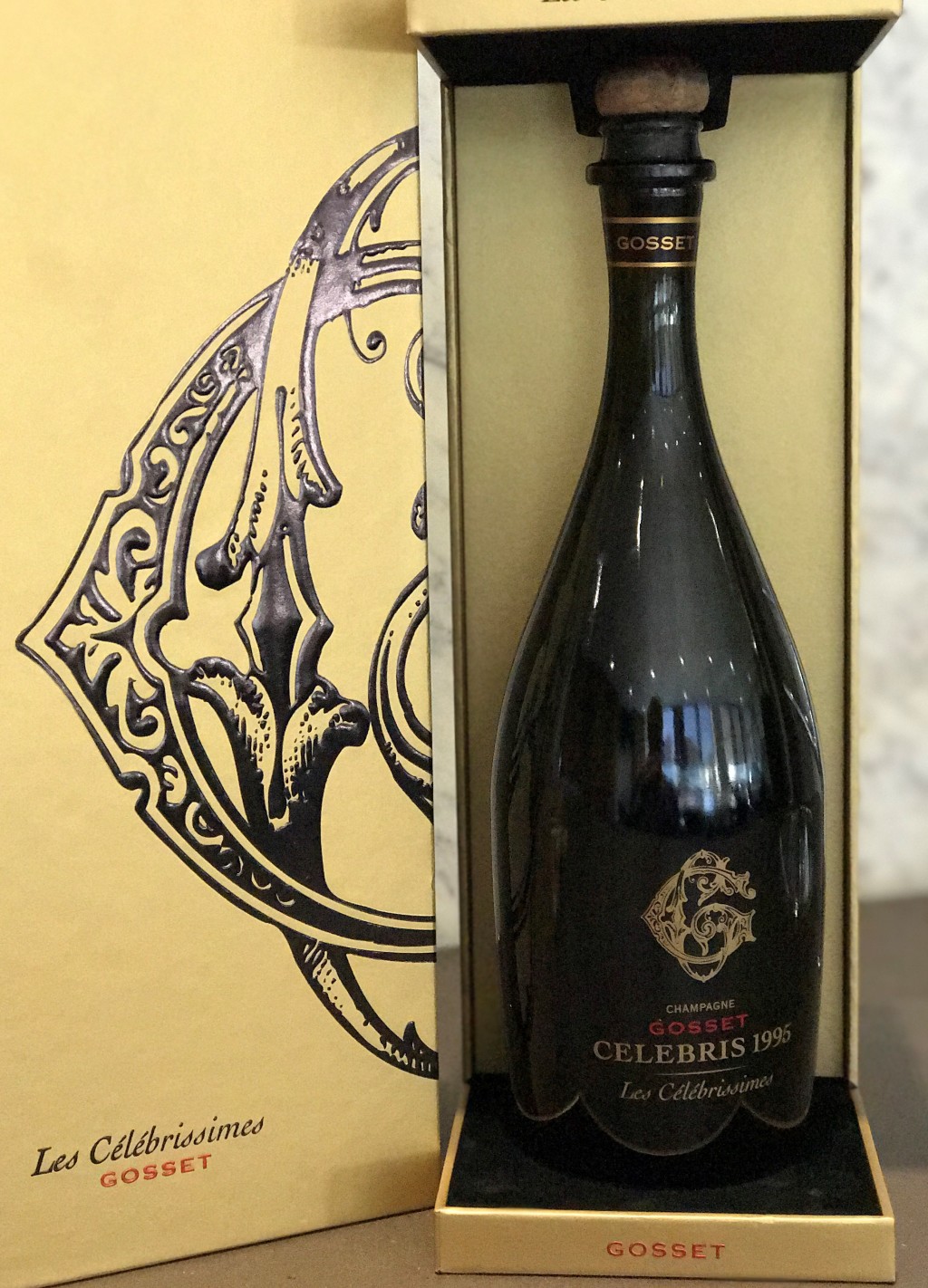 Whilst Gosset is one of the world’s most recognised Grandes Marques Champagne houses, they are in fact one of the smallest in terms of production – producing one million bottles in total each year (half the size of Pol Roger). According to Gosset this allows them to have a more bespoke approach to their winemaking. Their annual production is produced in 60 separate vats (9,000 hectoliters) with a further 15,000 hectoliters of Reserve wines stored at the winery. This relatively manageable size, in Champagne terms, means they can pick and chose their finest vats for their top cuvees. They even produce different expressions of a single Grand Cru sites. For example, they vinify separately the grapes from the south, east and north facing exposures of the amphitheater that makes up the Grand Cru vineyard of Cramant. Allowing them to chose the best expression of the site depending on vintage conditions.

Whilst the 1995 Les Celebrissimes is the first ever release of the double aged prestige cuvee they do still have bottles of the 1990 and 1988 (the first two original vintages of Celebris) to release at a later date. On tasting the three wines they felt the 1995 was the wine that was most comfortably in its drinking window with the 1988 and 1990 still closed. Watch out for the release of this 1995 Les Celebrissimes due out early next week.

With just 1000 bottles made, this is a wine one is unlikely to taste again, but it was certainly a very memorable experience. As Gosset states, this is a cuvee that shows the wine aspect of Champagne and it has the similar qualities of some of the finest aged Grand Cru Burgundies. Despite being nearly 25 years old the Champagne retains a remarkably primary fruity aroma on opening – full of orchard fruits, mandarin, pink grapefruit alongside more developed lemon marmalade and sultana fruit. In the glass more tertiary notes eventually develop too – bergamot, gingerbread, truffle notes, new leather, fresh earth and even nectar and malted barley notes. In the glass the aromas constantly change, its wonderful. The palate is exceptionally clean and so Gosset in style, with a very focused line of acidity bringing tremendous depth and persistence. The flavours linger on the palate for over a minute after swallowing. The texture is equally impressive with viscosity brought about by age, whilst never being heavy. There is power but also finesse. It is an exceptional Champagne on par with some of the finest examples of aged Vintage Champagne you are ever likely to taste. 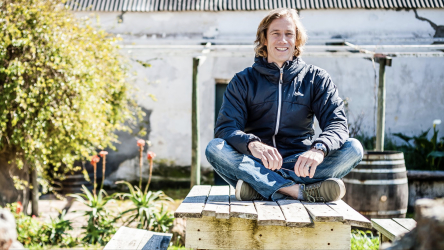